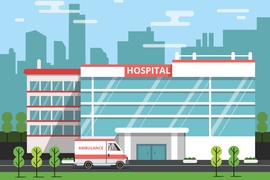 ↓ Download Image
Caption: “What we discovered is, very little [Medicare] money is spent on people who we know with high probability are going to die in a short amount of time,” says Amy Finkelstein, a professor in MIT’s Department of Economics and co-author of a paper in the journal Science.

Caption:
“What we discovered is, very little [Medicare] money is spent on people who we know with high probability are going to die in a short amount of time,” says Amy Finkelstein, a professor in MIT’s Department of Economics and co-author of a paper in the journal Science.

Around 25 percent of Medicare spending in the U.S. occurs in the last year of people’s lives. This is sometimes discussed as a questionable use of resources: Is society throwing large amounts of medical treatment at some patients in a futile, if noble, effort to extend lives that are bound to end soon?

A new study co-authored by an MIT health care economist offers a resounding answer: No.

After examining millions of medical records, the study found that although Medicare spending is concentrated among people who die, there is very little Medicare spending on patients whose death within the year is highly likely. For example, the researchers discovered, less than 5 percent of Medicare spending is applied to the single highest-risk percentile of all individuals — and their predicted one-year mortality rate is still just 46 percent.

“What we discovered is, very little money is spent on people who we know with high probability are going to die in a short amount of time,” says Amy Finkelstein, a professor in MIT’s Department of Economics and co-author of a paper in the journal Science that details the study’s findings. To the extent that such cases exist, she adds, “they’re just not the drivers of spending” in bulk.

The study also illuminates the general circumstances of late-in-life mortality. Fewer than 10 percent of people who die in a given year have a predicted one-year mortality rate over 50 percent. As the researchers found, even when people are admitted to a hospital in what turns out to be their last year of life, fewer than 4 percent of those patients have a predicted one-year mortality rate of 80 percent or higher at the time of admission.

In a sense, the study shows, the apparent concentration of spending on last-year-in-life patients is a byproduct of the fact that even relatively low-mortality health scenarios for the elderly will include a certain number of deaths — not that the individual treatment decisions represent longshot cases.

“I do hope we stop pointing to end-of-life spending as an obvious problem,” Finkelstein says. “That’s not to say there aren’t problems in the U.S. health care system, but this is not a symptom of them.”

To conduct the study, the research team examined a random sample of almost 6 million Medicare enrollees who were in the program as of Jan. 1, 2008. For survivors, the study examines health care spending for all of 2008; for people who died in 2008, it examines spending over the year prior to death. The analysis produces mortality predictions as of Jan. 1, 2008, using data on demographics, health care use, and more.

The analysis also deployed a standard form of machine learning to evaluate the impact of a wide range of variables on health care trajectories, and to produce a probability of death within one year for every enrollee in the study.

The overarching result, as the authors write in the paper, is simple: “Death is highly unpredictable.”

Moreover, the study finds, the basic fact that we spend more money on people who are sick — in the study, both those who recovered and those who died — accounts for 30 to 50 percent of the concentration of spending on people in their last 12 months of life.

“I think the typical narrative is: ‘Wow, the U.S. spends so much on health care and a quarter of that is in the last 12 months of life. That money is obviously a waste; we spent all this money and they died,’” says Finkelstein. “But that’s not the right way to look at it. We don’t know in advance who’s going to die this year, and some of the people we spend money on survive.”

“Let’s not get distracted by misleading statistics”

The paper’s authors suggest that productive new avenues for research on efficiency and medical spending will look concretely at more specific parts of the picture. Or, as they write in the paper, “a focus on end-of-life spending is not, by itself, a useful way to identify wasteful spending.”

Instead, Finkelstein contends, it would be more productive to zoom in on particular kinds of treatments and procedures, among other things, to assess their effectiveness, rather than generalizing about efficiency based on massive aggregate numbers such as the last-year-of-life Medicare figure.

“What we need to do is engage in the challenging task of figuring out which kinds of spending are yielding health benefits, and what types aren’t,” Finkelstein says. “Let’s focus on the real problem and not get distracted by misleading statistics. There’s a lot of hard work ahead of us, not easy answers.”

Finkelstein adds: “The policy upshot is: It’s important we understand the things we’re talking about.”

STAT reporter Orly Nadell Farber writes about a new study by Prof. Amy Finkelstein that challenges the widely held assumption that a large portion of Medicare spending goes towards end-of-life care. “We spend money on sick people — some of them die, some of them recover,” says Finkelstein. “Maybe some recover, in part, because of what we spent on them.”

Prof. Amy Finkelstein speaks with WBUR’s Carey Goldberg about her study showing only a small amount of Medicare spending goes end-of-life care. Finkelstein explains, “there is very little Medicare spending on people with high probability of dying. And part of that is just that it's very, very hard to predict who is going to die.”