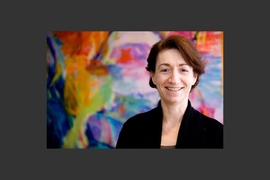 In 2017, MIT released a report entitled “A Global Strategy for MIT,” which offered a framework for the Institute’s ever-growing international activities in education, research, and innovation. The report, written by Richard Lester, associate provost for MIT overseeing international activities, offered recommendations organized around three broad themes: bringing MIT to the world, bringing the world to MIT, and strengthening governance and operations.

Specifically, Lester identified China, Latin America, and Africa as global priorities and regions where the Institute should expand engagement.

Reflecting that increased focus, the MIT-Africa initiative, led by Faculty Director Hazel Sive, a professor in the Department of Biology and member of the Whitehead Institute for Biomedical Research, has launched a new website, africa.mit.edu, to further formalize MIT’s commitment to expanding its already robust presence in Africa. Sive spoke with MIT News about the initiative’s future and Africa’s position as a global priority for MIT.

Q: Can you start by explaining what the MIT-Africa initiative is?

A: MIT-Africa began in 2014 as a mechanism to promote and communicate connections between MIT students, faculty, and staff, and African counterparts in the spheres of research, education, and innovation.

Together with the enthusiastic participation of many faculty, senior staff, and students, I originated the MIT-Africa initiative because a number of us who are either from Africa (I am from South Africa) or interested in the continent were doing important work together with African colleagues. We thought that the strong connections MIT was making in Africa should be understood more broadly, and that tremendous synergies would develop from sharing our work and promoting joint projects.

The initiative provided the first public face of MIT engagement with Africa, comprising a portal to disseminate information, and a means to invite potential collaborators to connect with MIT. We developed community through the MIT-Africa Interest Group; through supporting student groups such as the African Students Association and through a growing network of MIT students who have interned or worked in Africa.

The tagline for MIT-Africa is “Collaborating for impact,” and through the pillars of research, education, and innovation, our goal is to develop even more substantial collaborations between the MIT community and in Africa.

Q: What are your thoughts on Africa’s inclusion as a priority in MIT’s recent global strategy report?

A: We are very pleased that MIT has recognized the importance of Africa in the world and as a focus for the Institute.

At the outset of the MIT-Africa initiative, we brought together an Africa Advisory Committee for strategic discussions. Last year, at the request of Richard Lester, we put together a strategic plan for MIT engagement in Africa, and the findings in this document interfaced with his decision to define Africa as a global priority for MIT.

In our plan, we made it clear that MIT priorities overlap with issues of vital importance to Africa — in tackling critical challenges relating to the environment, climate change, energy, population growth, food, health, education, industry, and urbanization. We are confident that this emphasis will facilitate expanded connections between MIT and our African collaborators and supporters.

A useful outcome of formalizing MIT’s priority of Africa engagement is recognition of our already extensive engagement with Africa. MIT has projects in half the countries of Africa! There are hundreds of examples in progress, from water utilization in Mozambique to entrepreneurship in South Africa and education in Nigeria. We are well-represented, and this engagement is growing rapidly.

The new website is both a way to acknowledge the outstanding scholarship and work already progressing on the continent, as well as a call to expand collaborations in a high impact way.

Q: What’s next for MIT-Africa?

A:  Our strategic discussions identified key priorities over the next five years. These include: higher visibility of MIT in Africa through “MIT-Africa” branding, coordination in purpose and scope of MIT engagement in Africa, increased student internship and travel opportunities, increased research funding, new collaborations in education, expanded innovation presence, revised Africa-relevant education at MIT, and increased numbers of African trainees at MIT.

We are well on our way to meeting these goals, aided by a team with broad experience. For example, in 2014, we sent two students to Africa through MISTI, and last year we sent 92, so this has been a hugely fast-growing program. The MISTI Global Seed Fund Program newly includes Africa, and units such as J-WAFS, J-WEL, and ESI offer research funding that can be focused on Africa. A key aspect encompasses our alumni who envision a significant and influential African and African diaspora alumni group.

The distinguished MIT-Africa Working Group advises on policy, strategy, and implementation. Many members are leaders of other MIT initiatives, facilitating development of intersecting and productive joint programs with MIT-Africa.

All of this takes effort and collaborators, and we look forward to an expanded set of connections. We extend an invitation to potential collaborators: Come and speak with us. The expertise at MIT is enormous, and our focus on Africa-relevant engagement will have outcomes that advance intellectual, societal, and economic trajectories.

The teacher becomes the student

“A new leadership cadre for science and engineering”