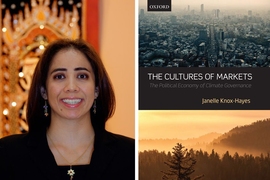 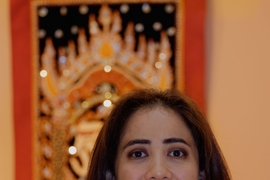 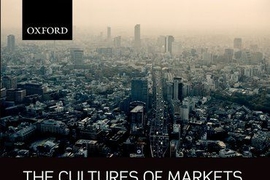 Caption:
“The Cultures of Markets: The Political Economy of Climate Governance,” by Janelle Knox-Hayes (pictured), published by Oxford University Press.

Climate change is a global problem — but its solution relies on national, regional, and local policy actions. Take the issue of greenhouse gas emissions markets, which put a price on, say, the amount of carbon a country can release into the atmosphere.

There are about 45 substantial climate-focused markets around the world, including some operating within parts of a single country, such as California’s cap-and-trade program. But 195 countries developed the Paris Agreement in 2015 to reduce emissions. Can the trading schemes used in one place be readily adopted by others?

Not really, according to Janelle Knox-Hayes, a professor in MIT’s Department of Urban Studies and Planning, because markets do not just naturally spring into existence wherever deals can be made; instead, they are painstakingly crafted by institutions.

“Maybe markets are an important piece of the solution,” says Knox-Hayes. “But markets aren’t one-size-fits-all.”

Knox-Hayes takes a deep look at the issue in a new book, “The Cultures of Markets: The Political Economy of Climate Governance,” published this month by Oxford University Press. Her examination illuminates the basic tension between the international and national aspects of the climate issue. Whereas experts once sought “supranational control” of policy, as she writes, national-level policies have become a much more feasible route to climate progress in recent years.

“There is a desire to see climate change as a universal problem with a universal solution,” Knox-Hayes says. “Competing with that is the reality of what’s required to build markets. They’re not just economic institutions. They’re sociopolitical, they’re cultural, and they have a range of different norms and aspirations that drive their development.”

To write the book, Knox-Hayes spent years studying climate regulations globally and interviewed about 275 policy and market makers around the world. Her study looks closely at six countries or regions that have adopted climate markets of various kinds: the U.S., Europe, Australia, South Korea, Japan, and China.

To see how emissions markets can vary, consider that in the U.S., financial firms have long been involved the construction of emissions markets. As a result, nearly a decade ago, before the financial-markets crisis, it was already possible to trade collateralized carbon obligations, a type of security akin to the collateralized debt obligation derived from the real-estate lending markets.

“The reason is the emissions markets were being built by the financial institutions that operate every other market,” says Knox-Hayes.

But in Japan, by contrast, climate markets have had a distinctly lesser emphasis on financialization. After its Fukushima nuclear-power disaster in 2011, the country created a program in which exports of clean technology to other countries counted as offsets against its own emissions.

This reflected a “core value of materiality” in the Japanese economy, Knox-Hayes says. “It’s one of the cases where there’s an incredible skepticism of finance,” she observes. “You see in the [market] mechanism this emphasis on the material economy. They see the core of their economy in heavy industry, heavy manufacturing.”

And then there are the different political circumstances in which emissions markets emerge, which also vary greatly. In the U.S., Knox-Hayes notes, carbon trading followed in the wake of a successful trading program set up to reduce acid rain, but it took market form also because of deeply entrenched attitudes in which markets are “seen as less onerous than other forms of regulation,” as the book states.

In Japan, the acute Fukushima crisis transformed energy and climate policies, while in China, Knox-Hayes says, “The motivating factor has been chronic environmental crisis,” which, she adds, is an important issue relating to “the stability of the one-party system” in the country.

And while these differing market systems might have different levels of effectiveness over time, Knox-Hayes suggests this variation might be beneficial, by providing more types of models for other countries to follow.

“One of the takeaways is, at the international level, we need to build more flexibility in the creation of policy,” Knox-Hayes suggests.

Knox-Hayes’ book has received a positive reception from other scholars. Donald MacKenzie, a sociologist at the University of Edinburgh who has written widely on technology and markets, calls the book a “vital contribution to a crucial debate,” while Gordon Clark of Oxford University says it is “essential reading for academics, policy makers, and those of us committed to making a difference in the future.”

For her part, Knox-Hayes says she hopes readers will also engage in the book’s concluding discussion about what she calls the “materiality of environmental markets,” that is, the issue of how many kinds of financial instruments should be used within emissions trading.

Consider again the financial crash of the last decade, in which the amount of money tied up in derivatives (side bets) based on subprime lending, in some institutions, far exceeded the value of the lending itself. Building a system like that around environmental factors, Knox-Hayes suggests, could also create unwanted market instabilities. In short, while emissions markets have their place, she thinks, their primary goal — helping tackle climate change — should not be usurped by financial innovation. That is, perhaps, one universal feature such markets need to share.