3 Questions: Looking to Artemis I for a return to the moon

As NASA launches Artemis I, MIT experts weigh in on the importance of the mission to future space exploration.
Watch Video
Annie Dunlap | Department of Aeronautics and Astronautics
Publication Date:
Press Inquiries

Caption:
During the Artemis I mission, the Orion spacecraft will follow a looping trajectory around the moon before returning to Earth.
Credits:
Image courtesy of NASA.

On Nov. 16, NASA successfully launched the Artemis I mission after several launch delays. Artemis I is an uncrewed test flight featuring a Space Launch System (SLS) rocket that will send the Orion spacecraft around the moon and back to test the system and hardware extensively before future flights with astronauts.

The first of several missions, Artemis I will pave the way for subsequent missions with the ultimate goal of establishing the first long-term human-robotic presence on and around the moon to strengthen international and commercial collaboration. So far, a total of seven astronauts with ties to MIT — including Raja Chari SM ’01, Woody Hoburg ’08, Jasmin Moghbeli ’05, and Kate Rubins in 2020 and Marcos Berríos ’06, Christina Birch PhD ’15, and Christopher Williams PhD ’12 in 2021 — have been named to the Artemis program. With the partnerships and knowledge gained from Artemis, NASA will look to the future of human space exploration — Mars.

Here, Olivier de Weck and Thomas "Joey" Murphy discuss new features of the Artemis launch system, the process of planning (and sometimes re-planning) such a major mission launch, and the overall impact of the Artemis program on space exploration. De Weck is the Apollo Program Professor of Astronautics and Engineering Systems in the MIT Department of Aeronautics and Astronautics (AeroAstro) and editor-in-chief of the Journal of Spacecraft and Rockets, while Murphy is a PhD student and rocket launch enthusiast working with Kerri Cahoy, professor of aeronautics and astronautics in AeroAstro and associate editor of the Journal of Spacecraft and Rockets in MIT’s STAR Lab.

Q: What are key differences between Artemis I and previous generations of launch vehicles we used to get to the moon, and what are some of the new features and capabilities that have the space community excited for this mission?

Murphy: There have only ever been two launch vehicles capable of launching humans to the moon. The previous two were the Saturn V, and the N1, which was the Soviet attempt to reach the moon. The N1 attempted to launch four times (without crew), all of which ended in catastrophe. Artemis I will be flying on the Space Launch System (SLS), which has been in development for about a decade. One of the key differences in the new approach to the moon is that the Saturn V flew fully self-contained missions. They put a command module (the main space capsule), service module (fuel tank, engine, and other equipment), and lunar module (the lander) all on one rocket. This trio traveled to the moon, did the landing, and finished with reentry at Earth. The Artemis program is different. Artemis relies on the Lunar Gateway, which is essentially a small space station in orbit around the moon. Before the astronauts leave Earth, Gateway will be waiting up there, with the lander module (a modified SpaceX Starship) docked to the station. This means all that needs to launch on SLS is the Orion capsule with the crew inside. Because they don't need to bring the lander with them, a larger quantity of useful equipment can be brought along. Orion supports a crew of four, compared to Apollo's max crew size of three. The Artemis I mission is primarily a test of the SLS rocket and the Orion capsule, to make sure they can successfully make the journey to the moon and back. Artemis II, scheduled for 2024, will add astronauts, who will fly around the moon, but not land on it, before returning, followed by the Artemis III mission.

De Weck: The correct comparison for the SLS is the now-retired Saturn V rocket, which was developed under the Apollo program and active between 1967-73. Here are some comparisons in terms of numbers: height, 363 feet (Saturn V) versus 322 feet (SLS block 1, then grows to 365 feet); payload to low Earth orbit, 310,000 pounds (Saturn V) versus 209,000 pounds (SLS Block 1, then grows to 290,000 pounds); and then there is the fact that the first stage of Saturn V used RP-1 (kerosene) and liquid oxygen (LOX), versus cryogenic hydrogen (LH2) and LOX for the SLS. In terms of ultimate capability, the SLS Block 2 and Saturn V are very comparable. The difference is that Saturn V was a clean-sheet design and SLS reuses a lot of space shuttle hardware, including the solid booster segments (five versus four), the main engines RS-25, as well as the design of the external fuel tank. In retrospect, we estimated that the congressionally mandated reuse of shuttle hardware increased systems engineering effort by 43 percent compared to a clean-sheet design. So, personally, I would have preferred to see a new rocket design, instead of mandated reuse of 1970s-level technology.

Q: What are some of the factors considered when weighing whether to delay a launch attempt?

De Weck: There are essentially two major drivers of launch delay: (1) technical problems with the rocket, of which the hydrogen leaks, particularly at the fill point interface between the first stage and the launch tower, are the most prominent. Hydrogen is very volatile and difficult to contain. Already, the shuttle program has frequent delays due to hydrogen leakage problems. And (2) the weather-related delays. The latest example is Hurricane Ian in Florida, where the rocket had to be rolled into the Vertical [Vehicle] Assembly Building. All this reminds us that there is nothing “routine” about safely launching large rockets. It's a large collective effort, and each rocket has its own personality and idiosyncrasies.

Murphy: If NASA sees any reason to believe the mission won’t go completely to plan, they will cancel a launch attempt. Any launch failure is an extremely expensive setback — plus the work that will go into resolving the failure and making sure it never happens again on a future flight. SLS is unlikely to fly more than 10 times, ever, so we definitely want to make the most of every flight it takes. With this rocket, even more than every other rocket, there really is no room for error. With Artemis I, the issues we’ve been seeing have been primarily related to hydrogen leaks. The rocket is fueled with liquid hydrogen, which is the most efficient chemical to use as rocket fuel. The problem with it is that hydrogen is an extremely small molecule, which means that it’s very difficult to keep contained. If you put hydrogen in a steel vessel, it can literally squeeze between the atoms of the metal. Even the smallest of microscopic holes will result in a hydrogen leak. These are the main issues SLS has been seeing in the recent launch attempts and are why the rocket didn’t launch in early September. NASA has been making adjustments to the rocket to stop the hydrogen leaking, and the leaks seem to be solved now. One of the issues they are now running into is the Flight Termination System (FTS) — this is a system of explosives strapped to the rocket, so that if the mission goes wrong in-flight, the rocket will self-destruct, to prevent any danger to people on the ground. Because this system is so critical and sensitive, it’s only certified for a few weeks. If SLS continues to sit on the launch pad, the FTS can “expire,” meaning they would need to replace it. We unfortunately end up in a system where launch delays can cause more launch delays.

Q: What can we expect to learn from this mission and why is it an exciting milestone for human exploration/space transportation?

De Weck: This mission is essentially a dress rehearsal for the first human mission around the moon with Artemis II. In Artemis I, the Orion capsule does not house human astronauts, but instrumented mannequins to make sure the life support system functions as planned. This is a “slingshot” mission for about 35 days where the Orion capsule will leave Earth's gravity, swing around the moon in a highly elliptic trajectory, and will then return to Earth and splash down in the Pacific Ocean in a controlled manner. It is noteworthy that this mission is significantly longer than an Apollo mission where astronauts took about 10-12 days for the return trip to the moon.

Murphy: The most important thing we’ll learn about this system is whether SLS is fit for launching astronauts. The astronauts for the Artemis II mission have not yet been selected, but when they are, they will rest assured that the rocket they’re riding has had its design validated by the Artemis I mission. Additionally, Artemis I carries 10 CubeSats on board as secondary, ride-along payloads, which will all study various aspects of the environment around the moon. This mission establishes the groundwork for our return to the moon, by proving that the last 10 years of development on the SLS rocket have all culminated in a vehicle which is ready for prime time.

This article was updated Nov. 16 to reflect the successful launch of Artemis I. 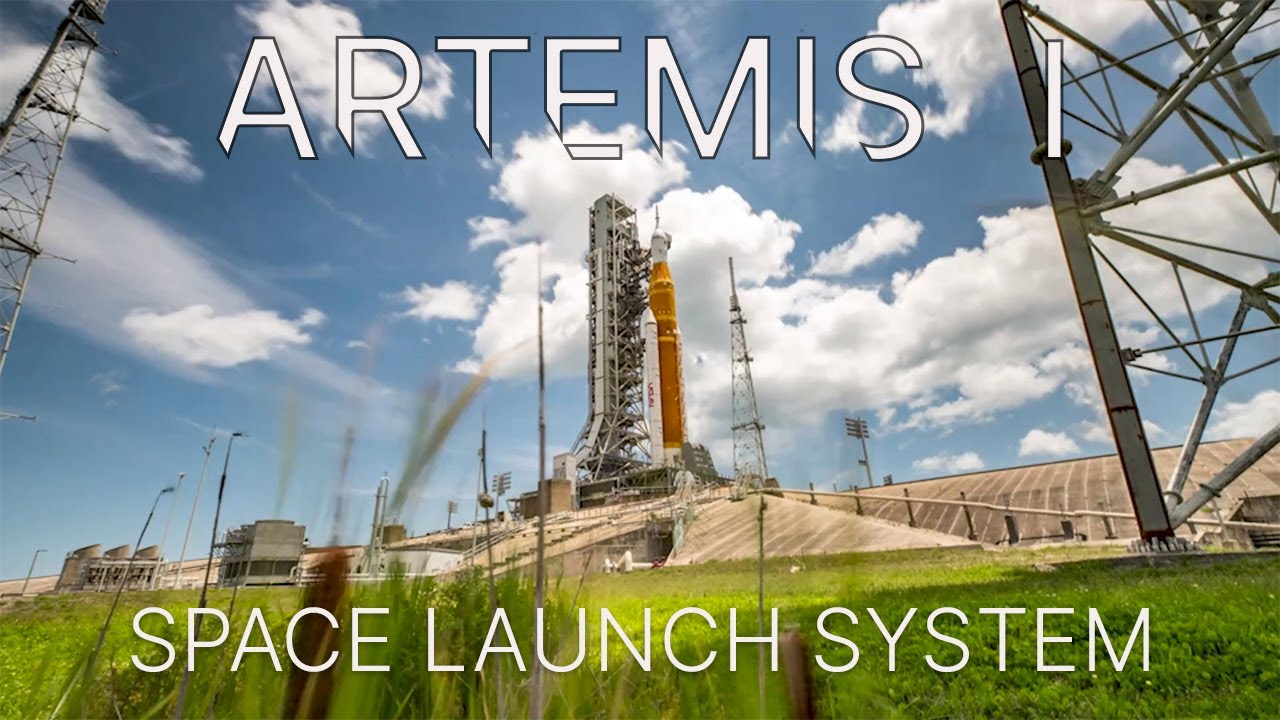