On Friday, Jan. 10, the newest class of astronauts graduated from basic training at NASA’s Johnson Space Center in Houston. During the graduation ceremony, Warren “Woody” Hoburg ’08 couldn’t help but reflect on the gratitude towards everyone who supported his dream of becoming an astronaut, including his parents, who were in the audience.

“Whether I was skydiving or building 20-foot tall model rockets in their garage, my parents have always given me the freedom to explore my interests,” said Hoburg, a research affiliate in the Department of Aeronautics and Astronautics (AeroAstro) at MIT. “I was so happy to have them by my side celebrating graduation along with my NASA classmates, instructors, trainers and mentors, who were all instrumental in getting me here.”

At the ceremony, Hoburg — along with fellow MIT AeroAstro alumni Raja Chari SM '01 and Jasmin Moghbeli '05, eight other NASA candidates, and two Canadian Space Agency (CSA) candidates — was among the first class of astronauts under the Artemis program to receive an astronaut pin, marking their graduation from basic training and their eligibility to be selected for upcoming missions to space.

“Artemis is a bold new vision in space exploration uniting the international community. In addition to expeditions to the International Space Station, these astronauts could one day walk on the moon as a part of the Artemis program and perhaps one of them could be among the first humans to walk on Mars,” said NASA Administrator Jim Bridenstine in his opening remarks. “Their trailblazing triumphs will transform humanity’s presence in our solar system and forever change life here on Earth. In short, they represent the best of humanity and our most fervent hopes for the future — no pressure.” 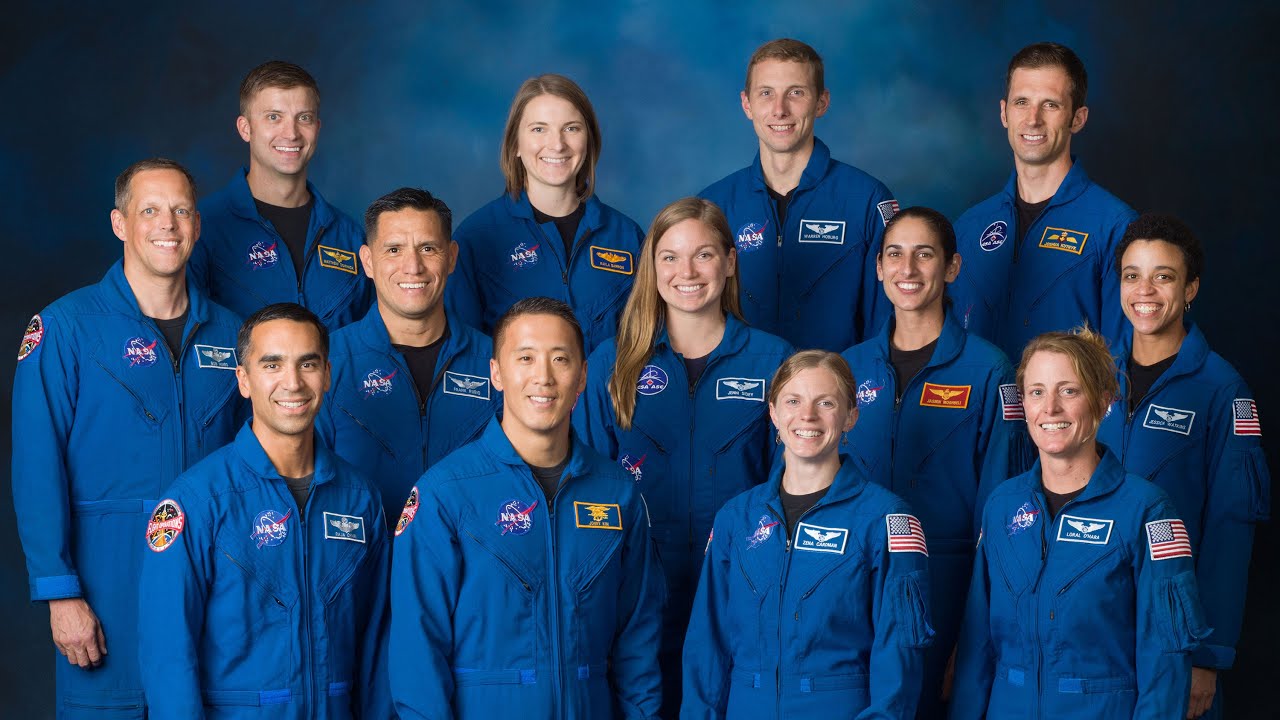 The graduation ceremony is a culmination of two years of rigorous training in spacewalking, robotics, International Space Station systems, T-38 jet proficiency, and Russian language. The Neutral Buoyancy Laboratory features a full-scale mockup of modules from the International Space Station (ISS) and other space agency vehicles in an indoor pool that is 40 feet deep. Astronaut candidates, dressed in space suits, perform tasks underwater to simulate working and maneuvering in a weightless environment.

“Everyone comes to basic training with experiences that are relevant to being an astronaut, like pilots, engineers, and scientists, but no one has ever worn a space suit before, which is a significant part of our training,” said Hoburg. “I still remember my first run in the [Neutral] Buoyancy Lab, getting lowered into the pool in the suit and seeing my first view of the [International] Space Station through my helmet visor. It was an amazing and surreal experience.”

Hoburg and his classmates, who were selected in 2017 from a record-setting pool of more than 18,000 applicants, will help develop spacecraft, support the teams currently in space and ultimately join the ranks of only about 500 people who have gone into space. The Artemis program is a particularly exciting new initiative that aims to send the first woman and next man to the moon by 2024.

“The Artemis program will take a different approach than Apollo by setting up a sustainable established presence on the moon that is similar to that of the ISS,” said Hoburg. “From my perspective as an engineer, I am most excited about building and fixing hardware in space. We need to develop a range of technologies to get us to Mars, and the moon is a perfect training ground for that. If we need to develop architectures and systems that enable us to use the resources of another planetary body to support the mission in a way that our lives depend on, then why not do it first in a place where we have the option to come home?”

Post-graduation, Hoburg will complete flight training in Corpus Christi, Texas, and will return to Johnson Space Center to support current and future exploration missions. Hoburg, along with classmates Chari and Moghbeli, bring up the total number of MIT astronaut alumni to 41, with 17 of them coming from MIT AeroAstro.

NASA astronaut Raja Chari SM ’01 and European Space Agency (ESA) astronaut Matthias Maurer performed a spacewalk to help maintain the crucial cooling systems aboard the International Space Station (ISS), reports Ed Browne for Newsweek. “Spacewalks are an important part of life on the space station,” writes Browne. “Also called an extravehicular activity (EVA), a spacewalk is when an astronaut or cosmonaut gets out of the ISS whilst wearing a pressurized and oxygenated space suit that protects them from the vacuum of space.”