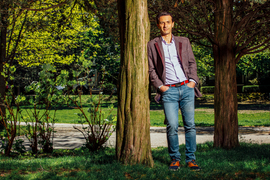 The answer isn’t simple. But that’s why it interests Hazhir Rahmandad, an associate professor at the MIT Sloan School of Management who is an expert in system dynamics — the study of complex problems with interacting parts. Rahmandad often studies organizations and comes away with distinctive conclusions.

Consider supermarkets. Some experts think a chain like Trader Joe’s, by being visibly employee-empowering and paying relatively well, is primarily differentiating itself — that is, branding itself favorably for a certain type of consumer. Rahmandad sees matters differently. In a paper published last year in Organization Science, Rahmandad and MIT Sloan’s Zenyep Ton concluded that the higher-paying supermarket chains have each figured out unique business methods — often involving employee scheduling, inventory, and maintenance — that ask more of workers and are tailored to each company’s needs.

In contrast to these “task-rich” jobs at innovative firms, low-paying chains essentially all use the same organizational model, with bare-bones pay and little worker input.

“Building this high task-richness with higher-paying jobs requires a lot more detailed design,” Rahmandad says. “Whereas this alternative model of low-paying jobs and low task-richness is very standardized. It’s an easy template to replicate, and you can go and find any manager who has done it.”

The higher-paying firms also retain employees longer, a financial efficiency. What Trader Joe’s has developed is not a gimmick; it’s a system. But it’s a system that takes patience and effort to develop.

“You need high-quality employees who want to grow in their jobs,” Rahmandad says. “Issues involving schedules, insourcing maintenance, and inventory are critical for making this approach work. And it takes a two-year commitment before you see the benefit.”

Rahmandad does not limit his research to management practices; he also studies public health issues, including the dynamics of the Covid-19 pandemic. For his research and his teaching, Rahmandad was awarded tenure at MIT last year.

Rahmandad grew up in Iran, earning a BS in industrial engineering in 2000 from Sharif University of Technology in Tehran. While there, Rahmandad took a course in system dynamics from Ali Mashayekhi, a professor who himself had studied the subject at MIT in the 1970s. Rahmandad soon became hooked on the field.

A big part of system dynamics traces back to MIT, where in the 1960s and 1970s Professor Jay Forrester began studying how feedback loops and nonlinear changes  — where small causes lead to large consequences — throw structures in business, society, and the environment out of whack. Even modest time delays can disrupt a company’s entire supply chain.

“The thing that really attracted me was thinking like a problem-solver about systems, thinking like an engineer,” Rahmandad says. Although, he adds, “There is always a tension. You can be a problem-solver, but you cannot always wear that hat when you are doing research. A scientist is expected to understand the world and describe it first.”

After college, Rahmandad came to MIT for his PhD, working with John Sterman and Nelson Repenning, two prominent system dynamics experts. After graduating and having a postdoc year at the Institute, Rahmandad joined the faculty at Virginia Tech. He then returned to MIT, this time as a faculty member, in 2015.

“One thing I really enjoy at Sloan is the breadth of intellectual traditions and ideas that are all in the air,” Rahmandad says. “If somebody is interested in picking and choosing and learning about things that are not their own mainstream research but they are just curious, it’s like being a kid in a candy shop. And I have enjoyed that even as a junior faculty member, when you’re expected to focus on your own line of research.”

Settling in the right niche

Rahmandad has now authored or co-authored almost 40 peer-reviewed papers and co-edited a 2015 book, published by the MIT Press, “Analytical Methods for Dynamic Modelers,” along with Rogelio Oliva and Nathaniel D. Osgood.

Rahmandad emphasizes that, as someone studying systems generally, he does not jump into problems without becoming very familiar with the literature on them in specific academic disciplines.

“I have learned that I need to learn other disciplines well enough to see where systems dynamics can add value,” Rahmandad says. “If you want to make a change, you need to have broader [academic] acceptance and appreciation.”

That said, he is unafraid to tackle a wide range of subjects. In a March 16 paper Rahmandad co-authored with Sterman and MIT Sloan PhD student Tse Yang Lim, the scholars conclude that Covid-19 cases had been underreported, as of late 2020, by a factor ranging from about 1.4 to 7.0 globally.

The research also suggests that without “adherence fatigue” to Covid protocols, the total number of cases, as of December, could have been 47 percent lower. This is the systems part of the research: When the “reproduction rate” of the virus gets below 1 — referring to the number of people who catch Covid-19 per each individual who has it — people ease off the restrictions that lowered transmission in the first place.

“You cannot model the pandemic over time unless you incorporate how people change their behavior in response to the risks that they face, and change their responsiveness, as they get tired [of pandemic restrictions],” Rahmandad says. “It is sad, but it is hopeful, because even today a country willing to have a few weeks of serious [restrictions] can reduce the death rate by a factor of five to 10.”

Additionally, Rahmandad may well continue to look at firms and job management.

“The specific problem of aligning quality of job and profitability has a lot of appeal to me,” Rahmandad says. “I think it’s an important space and I think there’s a lot more research to be done.”

Overall, Rahmandad says, he is content to do his research “while also thinking about how to pragmatically solve real-world problems. Over time, I have come to appreciate both perspectives more — standing in the middle and sometimes pushing toward the more applied, more impact-oriented work, sometimes pushing toward a deeper understanding and perspective. That’s the niche where I feel I can add value.”

A deep look at how financial markets are designed