Studying the cultures of companies 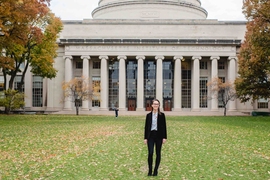 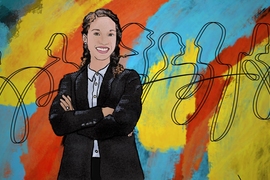 While shadowing human resources employees at a fast-growing technology company, Summer Jackson began to notice a strange pattern. The well-intentioned company was struggling to achieve its diversity goals, but it was reluctant to use recruiting tools that could help. The issue was the way these sites displayed underrepresented candidates in an e-commerce-like interface. “They want you to shop for people?” the HR team members bemoaned.

Their moral discomfort surprised Jackson, because the team used similar but less race-oriented tools all the time in their early rounds of hiring. This was not the coded racism about candidate quality she might have expected, but it still presented a barrier to improving diversity in the workplace. She was so intrigued by the subtlety of this issue it became the topic of her dissertation.

In her work as an “organizational ethnographer,” Jackson says the first rule is to take your time. She spent months embedding herself at the company, so that “people just forget that you’re there.” While the word “ethnographer” may bring to mind anthropologists who study rural or isolated communities, in many ways, high-tech companies are no different from other cultural groups. They too have their clothing, rituals, events, and, as Jackson points out, their own moral understanding and values.

Now in her sixth year as a PhD student at the MIT Sloan School of Management, Jackson became interested in this field through her own professional experiences. After studying international relations as an undergraduate at Stanford University and then in a master’s program at Brandeis University, she landed what she thought was an ideal job: working as an evaluation specialist in the U.S. State Department’s Bureau of Near Eastern Affairs. After two years, she quickly grew frustrated –– but also fascinated –– by the “bad incentive structures” she encountered there.

Great public policy and international development research was getting lost in the bureaucracy, she says, and employees went to great lengths not to share anything negative about their development projects because they thought it would reflect poorly on themselves. She felt it would have been much more productive to openly embrace the difficulty of addressing complex economic situations, and to create a workplace culture conducive to experimentation. The situation “did not need another evaluation specialist,” she discovered. “This was an organizational structure, incentives, and workplace dynamics issue.”

That realization led her to MIT Sloan, where she now studies those dynamics as part of the Behavioral and Policy Sciences group under the advisement of Kate Kellogg, Ray Reagans, and Ezra Zuckerman Sivan. Her research investigates how social structures of oppression play out in the workplace; she has studied microaggressions, public defenders, and police officers, in addition to her focus on diversity and inclusion in the tech sector. These issues are “just what I care about, and even if I consciously try to avoid it, I end up back there,” she says.

Jackson was born in Mallorca, Spain, but grew up in Dhahran, Saudi Arabia, where her father worked as a mechanical engineer. In Saudi Arabia, Jackson formed a diverse group of friends ––Nigerian and Korean Christians, Muslims from India and Pakistan and Lebanon. At first, Jackson, who comes from a multinational, multiracial family, thought this group formed naturally, but over time she noticed how in her siblings’ classes, kids formed more homogeneous social circles. She realized that it took more than just putting different kinds of people in the same place to create a truly diverse environment. “You have to have structures in place that allow for people to interact equally,” she says.

She had only just returned to high school in the States when the terrorists attacks of Sept. 11 occurred. The resulting conversations she had at school forced Jackson to examine the ways her own experience conflicted with popular impressions of Saudi Arabia and its relationship with the U.S. “There was this large narrative of what is this country and who are the people that live there, and it didn’t resonate with my experiences,” she says. She even had to question what it meant to be American: Abroad, people had been surprised to meet an American who was neither white nor culturally insensitive; at home, she found it strange how Americans didn’t consider those living abroad to be “real” Americans.

This experience contributed to Jackson’s growing interest in marginalized voices and the intersecting hierarchies of power and oppression, which today unites her international relations background and her current work in organizational diversity. With these inequities exposed more than ever by Covid-19 and incidents of racism and police brutality, she has been noticing the ways the interactions in her daily life, such as during a run or a trip to the grocery store, could be potential points of escalation. “Everyone’s just on heightened alert,” she says.

Quarantining in a small town in Vermont while protests have rocked the nation has been a “real cognitive dissonance experience,” Jackson says. Lately, she has been thinking about some words of advice from Daymond John, the Black founder and CEO of FUBU and an investor on the television show “Shark Tank,” who said, “Make it, master it, then matter, usually in that order.”

“Sometimes especially for underrepresented group members, there’s this heightened pressure to do all of that at once,” Jackson says. But she is trying to resist that as she works toward her degree: “There’s enough other barriers in the way that I don’t need to self-impose new ones.”

Unfortunately, Jackson said, there are still so many reasons that underrepresented students “sort out, leak out, and lean out” of the talent pipeline. She remembers how some people discouraged her from pursuing a PhD because she had too much work experience, or her research questions were too practitioner-oriented, or she did not have the theoretical background. These were all the “gatekeeping exercises” that unfortunately still exist in academia, Jackson says.

Counter to all that advice, Jackson has flourished at MIT. She was recognized as an MIT Presidential Fellow in 2015 and was named a 2019 Graduate Woman of Excellence. Now she participates in The PhD Project, an initiative designed to increase representation in business PhD programs. “I don’t want anyone to feel that,” she says, thinking back to her own experience as a prospective PhD student. “I remember how terrible it felt.”

She says she loves her program at MIT Sloan –– diving into the questions that interest her most, developing ideas and language to engage with those questions. But observing MIT’s own organizational culture, she encountered a certain “Iron Man mentality” that she had to learn to filter out.

When she would describe a bike ride or run with her husband over the weekend, sometimes people would tell her, “It’s great that you don’t take your work so seriously, that you can take time off on the weekends.” And she was stunned when, after taking a survey, she was invited to join a committee dedicated to incentivizing students to sleep. “It’s okay and it’s actually necessary to take this time for yourself,” she likes to tell new PhD students. “It’s not a sprint. It’s like a marathon.”

Jackson plans to enter the job market for faculty positions at business schools this fall, and is optimistic about what the future holds. “The issues that I care deeply about are now more common topics of discussion in corporate America,” she says. “I’m excited to bring my research into the classroom and to really work with my undergraduate and MBA students.”

Hacking the challenges that are hard to talk about

The elephant in the server room