Caption:
“I thought nuclear made the most sense, since it produced energy and cleaned up the atmosphere, so I decided I should contribute to the field somehow,” Miriam Kreher recalls.
Credits:
Photo: Gretchen Ertl

“Stretching myself radically to learn a new kind of physics or code is exactly what I want to do,” says Miriam Kreher. “It’s how I solve problems and find new ones.”

A second-year doctoral student in nuclear science and engineering, Kreher is finding just the kind of challenges she craves as a member of MIT’s Computational Reactor Physics Group (CRPG). Her task: helping to develop vastly improved software simulations of the complex interactions taking place inside nuclear reactors.

“Some people focus on how neutrons move, and others look at how water flowing around the core affects temperature,” she explains. “But in nuclear reactors, these physics phenomena of neutron transport and fluid flow affect each other through complex feedback, and we need to understand both at the same time.” 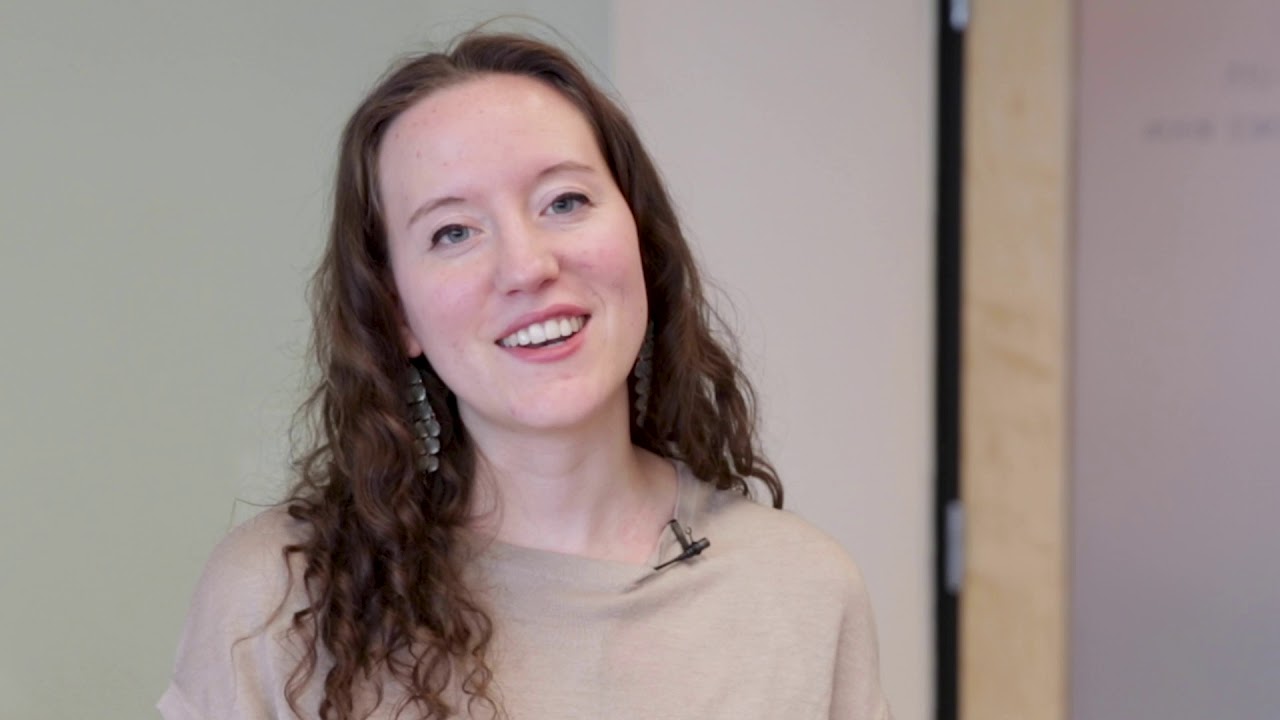 This tight coupling of physics phenomena has preoccupied nuclear engineering for some time. “Getting a more precise picture of these interactions would allow for finer-tuned operational margins in reactors,” notes Kreher, a Department of Energy Computational Science Graduate Fellow. More accurate simulations could help the current fleet of commercial reactors work at higher powers, and aid in designing the next generation of reactors.

However, modeling multiphysics problems is not simple. Even in steady-state, there are countless neutrons interacting with the fuel and coolant, depositing large amounts of energy that alters the temperature of everything inside the reactor. Add a time variable, or alter the position of the control rod, which determines the rate of fission reactions, and the modeling proves more difficult still. Current high-fidelity simulations are expensive, requiring weeks or longer to render.  But quite recently, scientists have begun to gain ground on these problems.

“Computers have now become powerful enough to address these multiphysics problems, permitting stable simulations in a shorter amount of time,” says Kreher. “This could be the basis for much less expensive modeling.”

Under the supervision of CRPG faculty leads Kord Smith and Benoit Forget, Kreher is developing computational tools that will yield high fidelity simulations with representative temperature and density conditions inside a reactor core. To tackle the complex multiphysics problems she confronts as she goes about this task, Kreher is taking a sequence of tough math and computation classes so she can test new modeling approaches.

“I want to help develop computational methods that will permit other researchers to simplify or speed up their simulations, so eventually they won’t need to depend on the world’s fastest computers,” she says. “I am excited to be part of something that could set the groundwork for science of the future.”

Kreher found her way into nuclear engineering early. Brought up in Morocco and France, she arrived at a magnet high school for science and technology in Marseille. There, Kreher became engaged by a class combining physics and English that included a survey on energy.

“I thought nuclear made the most sense, since it produced energy and cleaned up the atmosphere, so I decided I should contribute to the field somehow,” she recalls. She pursued engineering at the University of Pittsburgh — the city where her father grew up — concentrating in nuclear engineering. She found mentors who offered her research opportunities, and received her first taste of coding. “I give Pitt a lot of credit for that; I got my first internship at Bettis Atomic Power Laboratory because I knew MATLAB.”

Kreher also plunged into policy work, joining the Nuclear Engineering Student Delegation in 2014 for a week-long visit to Washington, where she learned about the intersection of politics and technology.

“If I had been drawn to fields other than math and physics, I might have become an advocate or lobbyist, because public perception of nuclear power is really important,” she says. To this day, Kreher says she likes to pop in on her Washington representative to discuss energy issues when her schedule permits.

She applied to the MIT Summer Research Program in 2015 to sharpen her resume for graduate school, and landed a research spot with Benoit Forget’s group.

“I was just an intern, but all the students helped me, and I eventually contributed to the group’s research,” says Kreher. “It felt fun and dynamic, a natural fit, and I decided on MIT for graduate school.”

Her work on multiphysics problems evolved quickly during meetings with Forget and Smith, who became her advisors. Summer research at several Department of Energy laboratories provided her opportunities to acquire additional coding techniques.

With her anticipated graduation in 2022, Kreher has years more of meticulous computation before her. “I keep the larger research vision in view, and while I struggle with coding issues from time to time I always get a rush when I solve them, which makes it feel worthwhile to go on to the next problem.”

For research breaks, she works up a sweat swing dancing with MIT’s Lindy Hop Society. “I have no background in dancing, but it makes me really happy, especially since I’m not one of those people who exercise,” she says. “It just gives me those natural endorphins from moving, plus it’s a social outlet for me.” And as MIT co-president of the student section of the American Nuclear Society, Kreher engages in the kind of outreach work on energy issues that remain important to her.

At the end of the doctoral road, a position at one of the national labs or perhaps a faculty position, beckons. In the meantime, MIT life is working out well. “Being here is very special, because I can problem solve with people, and they share things with me,” she says. “Culturally, socially, I’m very happy at MIT.”

She’s also a big fan of the 32-year-old MSRP, and of Institute efforts to make the science and engineering communities more inclusive.

Powered by idealism and pragmatism