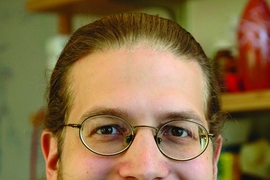 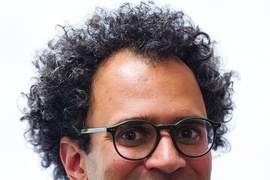 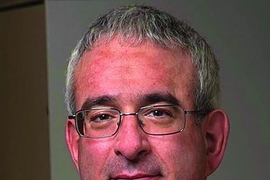 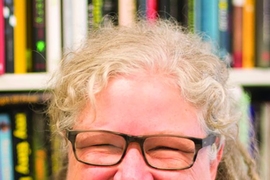 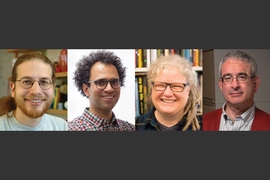 The fellows come from across the Institute and represent a diverse range of academic disciplines. This academy of scholars is committed to exceptional instruction and innovation in education, embodying through their work the continuing promise of an MIT education for the future. This year’s MacVicar Day program seeks to examine what this future looks like.

A symposium, entitled “The Educated Student: Thinking and Doing for the 21st Century,” will feature lightning talks by professors and students that address the following questions: “What’s important to today’s learner?” and “How is MIT adapting to these changing needs?”

In addition to celebrating the new fellows, Vice Chancellor Ian Waitz will host the event, which will take place on Friday from 2 to 4 p.m. in Room 6-120. A Q&A panel and reception will follow. All in the MIT community are welcome to attend.

The Margaret MacVicar Faculty Fellows Program was named to honor the life and contributions of the late Margaret MacVicar, professor of physical science and the first dean for undergraduate education. It recognizes exemplary undergraduate teaching by appointing fellows to 10-year terms in which they receive $10,000 per year of discretionary funds. Faculty are nominated through letters from colleagues and students.

Joshua Angrist is the Ford Professor of Economics, a director of MIT’s School Effectiveness and Inequality Initiative, and a research associate at the National Bureau of Economic Research. After completing his undergraduate degree at Oberlin College, Angrist received his MA and PhD from Princeton University. He began teaching at MIT in 1996.

“Joshua Angrist is a path-breaking scholar whose brilliant work has advanced the cause of transparency, robustness, and ultimately credibility in empirical economics and public policy for over three decades,” says Parag Pathak, the Jane Berkowitz Carlton and Dennis William Carlton Professor of Microeconomics.

A disruptor and natural experimenter, Angrist isn’t afraid to rock the boat. “There’s always a good argument for why ‘the current way is the best way,’” says his colleague David Autor, the Ford Professor of Economics. “To Angrist’s credit, he pushed hard, made unpopular arguments, and coaxed and goaded the department to innovate in the undergraduate program. … He has devoted his scholarship, pedagogy, and Institute service to advancing teaching brilliantly, modernizing the economics curriculum broadly, and improving the MIT undergraduate experience at the Institute-wide level.”

Duane Boning, professor of electrical engineering and computer science and chair of the Committee on the Undergraduate Program, concurs, admiring how Angrist encourages the committee to consider “big ideas and not just small tweaks” when it comes to the evolution of the undergraduate curriculum. “Josh is quite willing to be controversial in his positions and arguments — resulting in lively and much richer discussions that might not otherwise be possible," says Boning.

When it comes to advising, Angrist goes the extra mile. Students considering doctoral programs appreciated how he shared his own experiences with graduate school and put them in touch with colleagues and former students who could offer additional perspectives. One wrote, “In econometrics, we argue causality when there is an exogenous shock to the system. Prof. Angrist is my exogenous shock. It was a stroke of random luck that I took his 14.32 class my sophomore spring, but that experience pushed me from a clueless undergraduate… to a Ph.D. candidate in economics hoping to use econometric techniques to better the world.”

“I love teaching, especially at MIT,” Angrist says. “It’s gratifying to know that many of my students have as much fun in my classes as I do.”

In 2001, at the age of 20, Professor in Computer Science Erik Demaine became the youngest faculty member ever hired by MIT. He has been at the Institute ever since, pursuing wide-ranging interests that have led to a MacArthur “genius” grant and art displays at the Museum of Modern Art in New York and the Smithsonian Institution. In 2017, he helped construct a universal algorithm for folding origami shapes, a project which he had initially begun almost two decades prior.

“I chose to join MIT’s faculty because of their care for undergraduate education and the constant quest for improvement,” Demaine says. “It’s awesome to share this honor with the many great educators here.”

Charles Leiserson, a Course 6 colleague, described what it was like to co-teach with Demaine during his first term at MIT: “In my 37 years at MIT, this teaching experience was surely among my most pleasurable. Erik … [was] well-prepared, articulate, inspiring, empathetic, imaginative, engaging, and fun. He taught with a passion. I have never seen a brand-new faculty member with such a complete ‘package’ of teaching skills.”

Many nominators spoke of how his meticulous lecture notes have become the gold standard for teaching in the field. Demaine’s notes “convey the magic of algorithms in a clean, crisp, and inviting, yet still complete way,” says Konstantinos Daskalakis, professor of computer science and electrical engineering.

“Erik has a deep conceptual view of how to organize and explain the interplay between the ideas in algorithm design,” adds Ronitt Rubinfeld, another EECS professor. “His notes especially shine in the difficult topics, such as how to teach dynamic programming. His deep and thoughtful classification of the different ideas that go into explaining why dynamic programming algorithms work is well beyond any explanation that I have heard in the past 30 years.”

“Erik has a joyful, energetic style of teaching that everyone loves,” says Srini Devadas, the Webster Professor of Electrical Engineering and Computer Science.

This energy is evident in his classes, which are centered around collective problem-solving. To harness this spirit of cooperation, he developed a tool called Coauthor. As one student explained, “Coauthor allowed people to collaborate even beyond class hours … as people suggested different directions, and made incremental progress over several days.”

“The combination of both the drive and ability to impact student learning for the better is what makes Erik such an effective teacher, both inside and outside the classroom,” said another student.

An “infectious passion.” An “unassuming nature” and a “willingness to learn and grow.” A “commitment to excellence.” Nominators enthusiastically listed the qualities that made Graham Jones, associate professor of anthropology, worthy of the MacVicar Fellow honor.

Jones came to MIT in 2010, following three years as a lecturer and postdoctoral member of the Princeton Society of Fellows. He received an undergraduate degree in literature at Reed College before attending New York University to complete his PhD in anthropology.

Calling the recognition “both thrilling and humbling,” Jones expressed gratitude for his colleagues and reflected on how deep thought and conversation with students can lead to a strong sense of shared purpose. “Anthropology has been called the most humanistic of the sciences and the most scientific of the humanities. I have learned to embrace that duality,” he says. “This makes for a really exciting way for me to invite brilliant students with backgrounds in science and engineering into the heart of a discipline that seeks to help us understand what it means to be human.”

One particular class, 21A.157 (The Meaning of Life), seems to have had an outsized effect on the students who have taken it. “Given the name, I came in with high expectations,” wrote one student nominator. “Professors Jones and [Heather] Paxson, who co-taught the class, did not disappoint.”

Another wrote: “The emphasis that Professor Jones places on fostering discussion that makes the abstracted ideas in a reading immediate and relevant creates an environment where students come into class bursting at the seams to start picking apart the day’s topics.”

“Graham is without peer in my estimation, always leaving a positive, indelible mark on the students,” says Susan Silbey, the Leon and Anne Goldberg Professor of Humanities, Sociology, and Anthropology, a professor of behavioral and policy sciences at the MIT Sloan School of Management, and the head of the faculty. “Graham’s classes transform the students, setting them on paths of lifelong learning and self-reflection.”

Students emphatically agreed. One wrote, “Professor Jones has been integral to my success as an undergraduate at MIT. I would not have nearly as much confidence, joy, self-respect, or courage as I have now without him.”

“To be given such an honor based on doing work I truly enjoy is a rare gift,” says T. L. Taylor, professor of comparative media studies, upon learning that she had been named a MacVicar Fellow. “Our students are this wonderful mix of super-sharp, hardworking, and humble. I’m constantly impressed with how game they are to think critically and sociologically. Getting to work with them around topics related to media and technology has been incredibly gratifying.”

Taylor received her bachelor’s degree from the University of California at Berkeley and her MA and PhD from Brandeis University. Her classes, such as CMS.614 (Network Cultures) and CMS.616 (Games and Culture), focus on how we interact with online environments.

In addition to promoting inclusion within the e-sports community, she is also active in the Institute’s First Generation Program, which champions students who are the first in their family to attend college. Scott Hughes, professor of physics and fellow program member, explains that Taylor “[is] always bringing a focus on the economic needs that are disproportionately important to first-gen students to our discussions. The passion that T. L. brings to our group’s work exemplifies the commitment to MIT’s undergraduate students that is a hallmark of a MacVicar Fellow.”

Students appreciated Taylor’s ability to help them have a personal conversation with the course material. “Students have the freedom to dive deeper into what really intrigues them without losing sight of the path,” wrote one nominator. “The opportunity for us to personally engage with the content is critical to Taylor’s success in the classroom: It’s how she lets us bridge the gap between the theory and the reality of our personal world,” wrote another.

In her involvement with the Comparative Media Studies/Writing curriculum committee, Taylor is “always sensitive and empathic where students are concerned,” says CMS Professor Heather Hendershot, and this commitment does not end at graduation. One alumnus wrote, “With the benefit of hindsight, I can now say with certainty that it took me two years to realize that T. L. was completely correct about my passions, skills, and what I want to do in the future. I continue to seek her advice even after MIT because she remains just as accessible and compassionate as she was when I was at MIT.”

Prodigy prof skipped school until he started college at 12