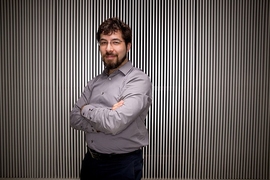 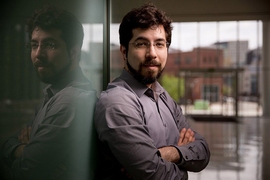 How is the mind formed, and what does it mean to be human?

These are the questions that intrigue Edward Boyden, an associate professor of biological engineering and brain and cognitive sciences at MIT.

To answer them, we will need a much deeper understanding of how the brain works, according to Boyden, who leads the synthetic neurobiology research group at the MIT Media Laboratory and the McGovern Institute for Brain Research at MIT.

“If we understand how the circuitry of the brain computes things like thoughts and emotions, it could help us to know more about what it means to be human,” Boyden says.

To this end, he and his group are developing techniques to allow neuroscience researchers to study the brain, and how it operates, at a more fundamental level of detail. “Perhaps someday in the future, if we understand how the brain works, we would understand the nature of irrationality and strife, and other aspects of the human condition,” Boyden says. “It could help humanity gain for the better.”

Boyden has pioneered the development of technologies such as optogenetic tools, in which light-sensitive proteins from algae and bacteria are added to neurons. This allows the neurons to be activated or silenced with pulses of visible light.

The tools are now widely used among researchers attempting to understand which specific kinds of neuron in the brain are responsible for different aspects of behavior and emotion, such as aggression.

Last year his team announced they had uncovered optogenetic molecules that allow neurons to be controlled by red light. “Red light is very useful because it can go very deep into the brain or body, so it can activate or silence neurons distributed throughout large regions,” Boyden says.

Working with researchers at the University of Vienna, his group has also recently developed a system that can generate three-dimensional movies of the brains of small animals at very high speeds.

The system is based on a technology known as light-field imaging. This creates 3-D images by measuring the angles of light rays emitted by a sample. It can be used to image the activity of every neuron in the brain at once, giving researchers a much clearer picture of how different neurons work together to process and act on information.

To help researchers take a closer look at the individual molecules, wirings, and connections in the brain, Boyden this year unveiled a new imaging technique based on the polymers used in disposable diapers. When a section of brain tissue is embedded in this dense polymer and water is added, the material swells, moving the biomolecules away from each other.

Expanding the brain in this way also gives researchers the space to attach tags to different biomolecules. These tags could then be used to “read out” the chemical composition of the brain, he says — much as barcodes are added to packaging to mark and identify individual products.

But it is perhaps when all of these techniques are combined that they could offer the greatest insights into how the brain works. They may ultimately help us find new methods to treat the 1 billion people around the world who suffer from brain disorders such as epilepsy, Parkinson’s disease, and schizophrenia, Boyden says.

“If we can really map the brain with molecular precision, and then probe neurons in the map with optical readout and control tools,” he says, “we could hunt down the control knobs in the brain that will allow us to fix these brain disorders.”

A “misfit” finds a home

Boyden graduated from MIT in 1999 with dual bachelor’s degrees in physics and electrical engineering and computer science, as well as a master’s degree in electrical engineering and computer science. Eager to tackle one of research’s remaining “big unknowns” he developed an interest in the brain, and moved to Stanford University to undertake a PhD in neuroscience. While at Stanford, he worked in the laboratories of Richard Tsien and Jennifer Raymond, studying motor learning, and also began working on his optogenetics research as a side project.

In 2006 he rejoined MIT, establishing the neuroengineering group at the Media Lab to combine his understanding of neuroscience with his background in engineering.

Unlike some university departments and institutions Boyden approached, which did not believe the field of neuroengineering was ready to become a discipline, the MIT Media Lab was willing to take a chance on a “misfit,” he says. “I wanted to be at MIT because I love the open, free-spirited, collaborative place that it is. Also, they were open-minded enough to hire me,” he adds wryly.

But the field has gradually gained acceptance, as the neuroscience community has begun to appreciate how useful the new tools could be to their research.

Then in 2013, President Barack Obama launched the BRAIN Initiative, a national research effort designed to improve our understanding of the mind and diseases such as Alzheimer’s.

“I was one of four people from MIT who were invited to the White House for the announcement that neurotechnology should be a national priority, and the field has really exploded since then,” Boyden says. “So it is really gratifying for the Media Lab to bet on such a crazy idea, and to see it succeed as it has.”

Prof. Edward Boyden speaks with Boston Globe reporter Murray Carpenter about how scientists need more powerful computers to help gain a better understanding of brain function. “The cool part of neuroengineering is that we have all these unmet needs,” Boyden says. “I think there is an enormous amount of hope generated by bringing new tools into neuroscience.”

In this video, Prof. Edward Boyden speaks with The Huffington Post about how sleep and meditation impact people on a neurological level.  Boyden says that traditions such as mediation can “help us be more attuned to what our mind really wants.”