During the summer of 2015, Martin Culpepper surveyed all undergraduate and graduate students at MIT about their activities and interests in “making.” “MIT has a strong history and culture of hands-on ‘making’ in every field of study at the Institute,” the survey said. So how does that compare to where students are now and what they want?

Culpepper, a professor of mechanical engineering and MIT’s “Maker Czar,” asked students what they build, where they work, what kinds of equipment they were interested in using, whether there were barriers to using existing maker spaces on campus, and a range of other interest-based questions.

“We really wanted to know where the needs are, and how to address them,” Culpepper says. “Our assumption that they’re doing a lot of it already turned out to be true. What we didn’t know, especially about the barriers for entry into the system, turned out to be incredibly useful. We’ve already taken steps to address some of them, and we’ve got plans to do even more.”

Culpepper views making — and breaking — as a fundamental part of the educational ecosystem of MIT. He is the director of the Precision Compliant Systems Laboratory, focusing on micro-, meso-, and macroscale-compliant mechanism-based devices and machines for manufacturing, metrology, manipulation, and robotics applications.

Q: What does it mean to be a maker at MIT?

A: One of the things I love about MIT is that you get to define what the MIT experience — including making — means to you. Students seem to share this view. For a lot of them, being a maker means writing code in their dorm room. For others, it means working on the Electric Vehicle Team, or doing a UROP [Undergraduate Research Opportunities Program] with their advisor in chemistry, or working in the Glass Lab and Open Forge, or creating some kind of energy-storage prototype out of nanomaterials. It can go in almost any direction.

In other words, being a maker here means different things to different people. For many, making is in their DNA — as in, “I’m an engineer: I prototype and make things.” And for others it means being part of a like-minded community of people who want to build and try things out.

What’s really interesting to me is this range. Students want access to the kinds of benchtop tools you might have in your own garage, and to really advanced scientific equipment and instrumentation. It’s almost like there isn’t anything they don’t want to tinker with and work on. 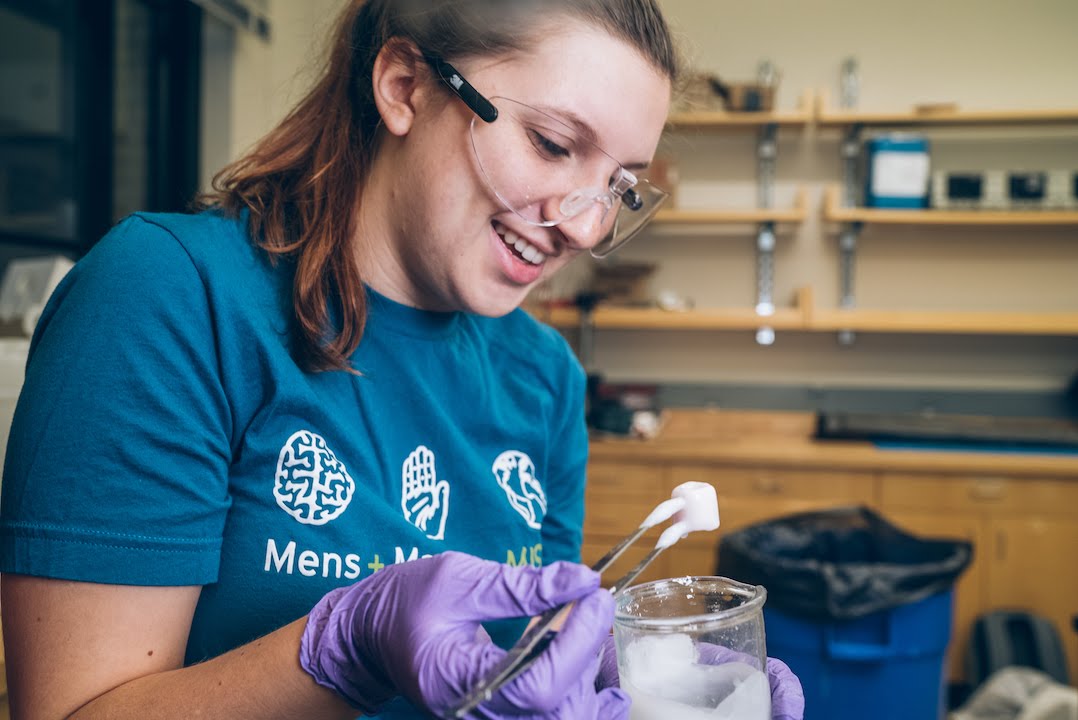 Play video
MIT has more than 130,000 square feet of hands-on maker spaces across campus (with even more to come), where students design, prototype, and literally invent the future of technology one project at a time. Only at MIT do you need a “Czar" to oversee all of this activity: Meet professor of mechanical engineering Martin Culpepper.

A: There are really three ways that making things can affect how, and how much, you learn.

Second, the process of making something builds confidence that your knowledge and skills can get a job done. When you give a student an exam and they do well on it, I’m sure that makes them feel good. When you identify a problem and tell them go build something that solves it, that experience is completely different. Their first attempt probably won’t work out; it almost never does. It might take 10 versions and three months of trial and error and six different prototypes. But when they’re done … that is a victory unlike anything else. That’s what I mean about retaining information differently. Building a solution to a problem isn’t the same as committing something to memory. It’s something you live, and when you’re done, you own it.

The last is pretty obvious to anyone who has ever made anything: It’s fun. And by fun I don’t just mean it’s entertainment. Making things is about solving really complicated puzzles and working with other people and challenging yourself. It changes you. Maybe not everyone thinks that’s fun, but I do, and our students do.

Q: What were the most important lessons you learned from the MIT student maker survey?

A: Before we ran the survey, there was some speculation that female students would express less interest in “hardcore” making activities — things like using mills, lathes, etc. It turns out this is completely false. There wasn’t a statistically significant difference between men and women. They all want access to the same tools.

We also learned that the top two physical locations where students make things are, in order: “in my dorm room” and “off campus.” That was important for opening some eyes at MIT. Even though we have more than 130,000 square feet of design/build space on campus, the students do a lot of making outside of this system.

Having learned this, we’re now trying to improve access to the existing spaces for our students. We’re increasing opportunities for them to get proper training. We’re building an app they can use to find, book, and reserve space and equipment. And we’re working on some new programs that will help them pay for resources and materials to work with. That’s one thing about making: You need stuff to make things out of, and sometimes that stuff isn’t cheap or readily available.

One of our most interesting lessons came from asking students what they make. More students identified “culinary arts” (not normal cooking, rather gourmet-type cooking) than woodworking and metalworking. I thought that was pretty interesting.

The art and science of mapmaking with wood

The magic of glass and metal