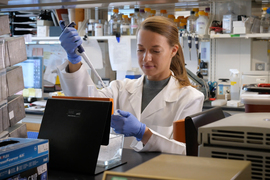 MIT biologists have answered an important biological question: Why do cells control their size?

Cells of the same type are strikingly uniform in size, while cell size differs between different cell types. This raises the question of whether cell size is important for cellular physiology.

The new study suggests that cellular enlargement drives a decline in function of stem cells. The researchers found that blood stem cells, which are among the smallest cells in the body, lose their ability to perform their normal function — replenishing the body’s blood cells — as they grow larger. However, when the cells were restored to their usual size, they behaved normally again.

The researchers also found that blood stem cells tend to enlarge as they age. Their study shows that this enlargement contributes to stem cell decline during aging.

“We have discovered cellular enlargement as a new aging factor in vivo, and now we can explore if we can treat cellular enlargement to delay aging and aging-related diseases,” says Jette Lengefeld, a former MIT postdoc, who is now a principal investigator at the University of Helsinki.

Lengefeld is the lead author of the study, which appears today in Science Advances. The late Angelika Amon, an MIT professor of biology and member of the Koch Institute for Integrative Cancer Research, is the senior author of the study. 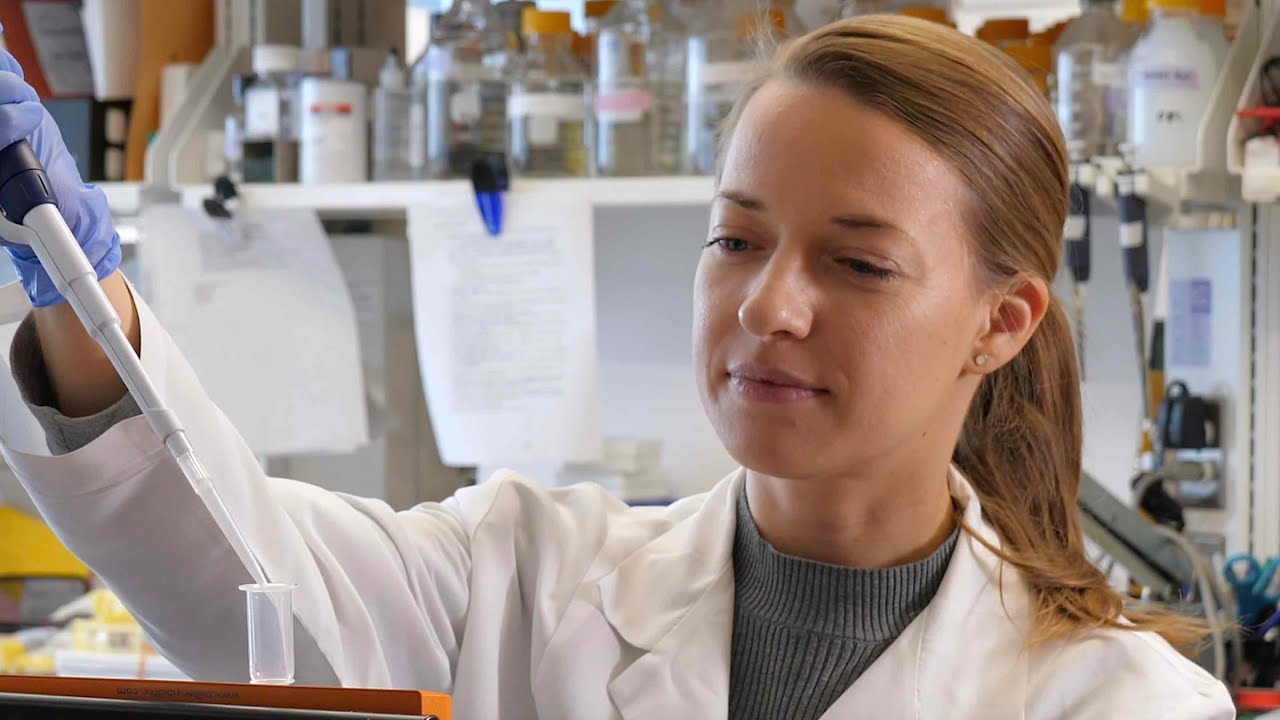 It has been known since the 1960s that human cells grown in a lab dish enlarge as they become senescent — a nondividing cellular state that is associated with aging. Every time a cell divides, it can encounter DNA damage. When this happens, division is halted to repair the damage. During each of these delays, the cell grows slightly larger. Many scientists believed that this enlargement was simply a side effect of aging, but the Amon lab began to investigate the possibility that large cell size drives age-related losses of function.

Lengefeld studied the effects of size on stem cells — specifically, blood stem cells, which give rise to the blood cells of our body throughout life. To study how size affects these stem cells, the researchers damaged their DNA, leading to an increase in their size. They then compared these enlarged cells to other cells that also experienced DNA damage but were prevented from increasing in size using a drug called rapamycin.

After the treatment, the researchers measured the functionality of these two groups of stem cells by injecting them into mice that had their own blood stem cells eliminated. This allowed the researchers to determine whether the transplanted stem cells were able to repopulate the mouse’s blood cells.

In another experiment, the researchers used a genetic mutation to reduce the size of naturally occurring large stem cells that they found in older mice. They showed that if they induced those large stem cells to become small again, the cells regained their regenerative potential and behaved like younger stem cells.

Until now, studying the function of cell size has been difficult to do, says Jan Skotheim, a professor of biology at Stanford University.

“We know that cells, through various mechanisms, operate to keep their size within a specific range, but we haven’t really understood why,” says Skotheim, who was not involved in the research. “This is really the first work showing the function of cell size in any animal.”

Rapamycin, a drug that can inhibit cell growth, is now used to treat some cancers and to prevent organ transplant rejection, and has raised interest for its ability to extend lifespan in mice and other organisms. It may be useful in slowing down the enlargement of stem cells and therefore could have beneficial effects in humans, Lengefeld says.

“If we find drugs that are specific in making large blood stem cells smaller again, we can test whether this improves the health of people who suffer from problems with their blood system — like anemia and a reduced immune system — or maybe even help people with leukemia,” she says.

The researchers also demonstrated the importance of size in another type of stem cells — intestinal stem cells. They found that larger stem cells were less able to generate intestinal organoids, which mimic the structure of the intestinal lining.

“That suggested that this relationship between cell size and function is conserved in stem cells, and that cellular size is a marker of stem cell function,” Lengefeld says.

Paper: "Cell size is a determinant of stem cell potential during aging"