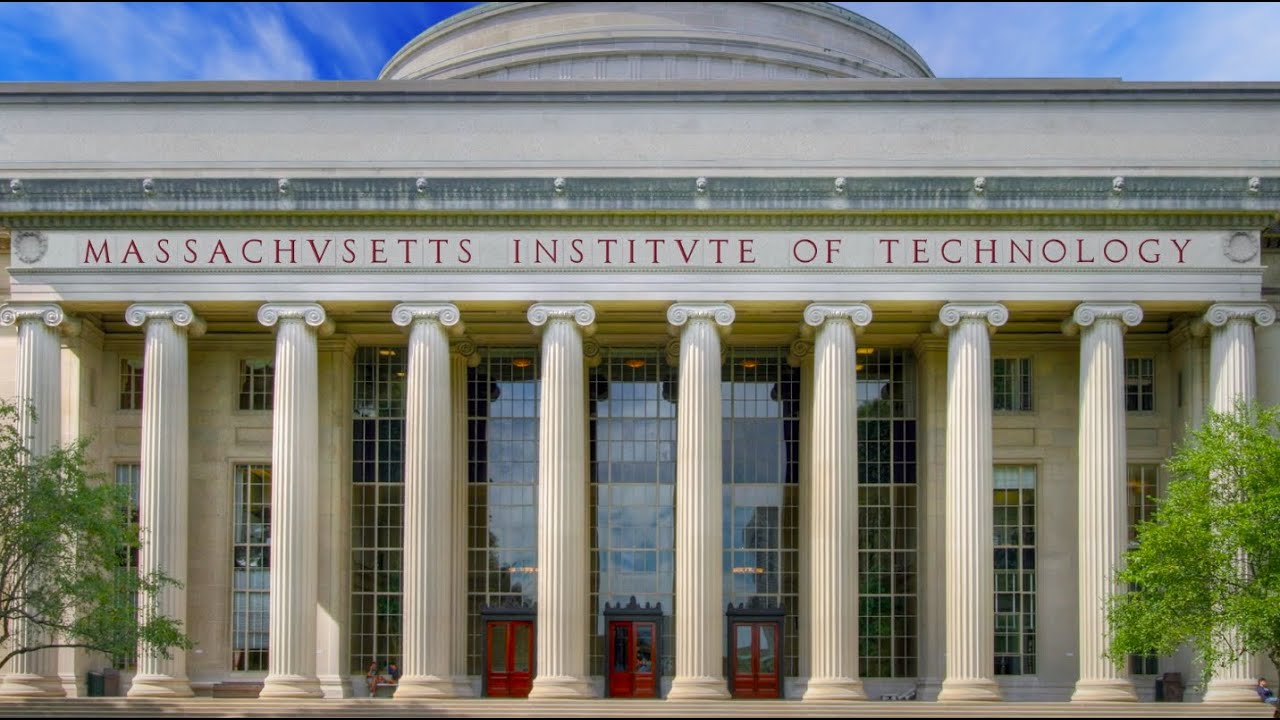 Play video
Thanks to the ingenuity of a core group of MIT engineers, technologists, and artists, the Class of 2020 can look forward to an online celebration that Professor Eric Grimson, chair of the Commencement Committee, calls, "a joyful day that will honor our graduates."

In the finest MIT tradition of community-driven innovation, the Commencement Committee and a core group of engineers, technologists, and artists across campus are putting minds and hands to work to create a meaningful, engaging online Commencement experience for the Class of 2020.

Moving the tradition-rich celebration online without diminishing its significance, and with less than two months to plan, is a complex problem. The organizing team knew from the outset that the challenge would be to achieve the key moments of the Commencement ceremony in an online environment, without trying to recreate the in-person experience. Professor Eric Grimson, chancellor for academic advancement and chair of the Commencement Committee, says, "We are in a fortunate position to adapt to this year’s circumstances. Running Commencement the normal way is a logistical tour de force, involving hundreds of people, many of whom who work all year to make it happen. Moving it online was a different kind of coordination, but thanks to the knowledge embedded in the team, it didn't feel like starting from scratch."

It helps that the Institute is equipped with an extensive toolkit for building online experiences. “We’ve spent the last two decades opening up MIT to the world virtually through online teaching and learning,” says Professor Sanjay Sarma, vice president for open learning. “By combining MIT’s experience in digital technologies with the passion and ingenuity of the MIT community, I knew something amazing would emerge.”

The online 2020 MIT Commencement celebration will incorporate as many Institute traditions as possible, including a digital version of the turning of the Brass Rat class ring as students become alumni.

The Commencement Committee recognized the challenge in creating a sense of occasion in an all-remote event. In addition to ensuring that the technical elements function effectively, the planning team worked to develop a meaningful experience through which degree candidates become MIT alumni. Student government representatives recommended that the program not exceed one hour, although it will be preceded by an introductory pre-program show co-hosted by graduating seniors Talia Khan and Yaateh Richardson. The pre-program will include greetings to family and friends submitted by students as part of a project organized by MIT Video Productions (MVP).

In addition to the student greetings, MVP has developed a celebratory retrospective that will be part of the pre-program show. “One of the things the planning team has had in mind is balancing a natural feeling of loss and disappointment with the fact that graduating from MIT is a tremendous accomplishment,” says Larry Gallagher, senior producer and advisor to the vice president for open learning. “We don’t want to let the last three months overshadow students’ four to six years at MIT.”

The Institute has always cherished its traditions, and the online program will incorporate as many as possible, including a digital version of the iconic turning of the Brass Rat class ring as students become alumni. In reimagining the look and feel of Commencement, Institute Events invited Peter Agoos and Andrew Zamore of Agoos D*zines, with whom they had collaborated on the MIT150 and MIT2016 celebrations, to join the planning team. Frederick Harris, lecturer in music and director of wind ensembles, provided artistic guidance.

The speaking portion of the online Commencement program and degree conferral will open with remarks by Robert Millard ’73, chair of the MIT Corporation, who will introduce guest speaker William H. McRaven, retired U.S. Navy admiral and former chancellor of the University of Texas system. Following salutes from Graduate Student Council President Peter Su and Senior Class President Nwanacho Nwana, President L. Rafael Reif will give his charge to the graduates and confer degrees. Esther Duflo PhD ’99, the Abdul Latif Jameel Professor of Poverty Alleviation and Development Economics, who was awarded the Nobel Prize in economics this past autumn, will offer a salute to the advanced degree candidates. The program concludes with the school song, led, as always, by the Chorallaries of MIT — with the finale of “Take Me Back to Tech” as a community-sourced sing-along, incorporating MIT voices submitted via video wherever they are in the world. R. Erich Caulfield SM ’01 PhD ’06, president of the MIT Alumni Association, will offer a welcome to the association and introduce the scroll of graduates’ names.

Thanks to the pioneering work of Senior Associate Dean Mary Callahan and her team at the Registrar’s Office, MIT’s online Commencement celebration on May 29 will include the delivery of digital diplomas to students who opt in. Although graduates will receive their physical diplomas at a later date, the establishment of the digital program in June 2017 meant that MIT was well prepared to issue diplomas remotely this year. MIT Open Learning is currently expanding the development of the digital diploma technology — built on research that originated in the Media Lab — with the Digital Credentials Consortium, an international network of leading universities.

Following the main Commencement program is a post-program comprising video and other content, developed by the MIT Alumni Association to honor its 3,500 new members. Victoria Gonin, executive director for alumni relations, participated with association colleagues in the planning. “This season is a defining experience for the graduates of 2020, and we know that will stay with them,” she says. “We want them to feel immediately welcomed by an alumni community who will benefit from their talents, perspectives, and experiences.”

Comusica: many voices, one MIT

This year’s Commencement music will feature a new element that requires a combination of tech savvy and artistic talent only MIT can offer: a composition made up of individual notes sung by members of the graduating class.

The Comusica project was born of conversations between Sarma; Gayle Gallagher, executive officer for Commencement; Leila Kinney, executive director of Arts Initiatives; and composer Evan Ziporyn, Kenan Sahin Distinguished Professor of Music, who had contacted Gallagher right away to ask how he and his colleagues in the Music and Theater Arts Section could help. Sarma wondered whether MIT’s musical forces might come together in a virtual concert, similar to online performances by orchestras worldwide in past months. Ziporyn was initially skeptical, given the technical challenges, but the more the group talked about creating a musical moment that could bring the community together, the more he committed to making the idea work.

Ziporyn turned to Eran Egozy '95, professor of the practice of music technology, who came up with the idea for Comusica: allowing students at all levels of musical ability to “perform” at Commencement by recording themselves singing individual notes, which would then be arranged like a mosaic into a larger piece.

Though it requires “7 million steps along the way, incorporating a lot of coding and editing on every level,” Ziporyn says, “the basic idea seemed really beautiful to me.” He composed a chorale which provides the structure of the piece, then Egozy charted out how many notes of each type and duration were needed. With help from Arts at MIT, the team started to solicit student participation.

Professor Isaac “Ike” Chuang, senior associate dean of digital learning, joined the project early on, providing the extensive server infrastructure and coding behind Comusica’s submission website. “Sanjay [Sarma] brought me into the conversation about Commencement when they decided to do some of these interactive, engaging elements,” says Chuang, who brings deep expertise in building platforms for online communities.

Egozy, whom Ziporyn describes as “an incredible field marshal,” took on the task of directing the project. Working with Media Lab graduate student Nikhil Singh, Egozy has spent the past six weeks tirelessly coordinating the many producers, audiovisual technicians, and web developers from organizations across campus involved in gathering, tuning, normalizing, and assembling the voices that make up the finished piece. On top of the extensive production expertise and support they are lending to the main Commencement program, MIT Video Productions Director Clayton Hainsworth and his team also contributed animations to Comusica.

For Egozy, the collaborative nature of the work is what makes it so compelling. “It just feels like one of these awesome MIT projects,” he remarks. “At first, you don’t know how you’re going to pull it off. But then you join forces with other colleagues who come together to help drive the project forward. I love the energy. I’m both a little nervous and really excited to show off Comusica at Commencement.”

Embracing the moment and looking forward

As engaging a program as this promises to be, the organizers know that nothing compares to being together on campus to celebrate the milestones Commencement represents. MIT has therefore committed to providing the Class of 2020 with an opportunity to celebrate in-person when it is safe to do so.

But for now, there is much to celebrate and much to look forward to in this new online experience — including a few new elements and surprises. Says Grimson, who has chaired the Commencement Committee for more than 20 years, “We’re so grateful for the collaboration of our scattered community: our speakers, the planning and production teams, the student musicians, and the creative faculty. Infinite thanks to everyone who persevered this season to make Commencement a joyful day that will honor our graduates.”

Perhaps the most enduring campus custom represented in this new event is MIT’s commitment to innovation. As Chuang says, “The ideas are based in the long traditions that MIT has for Commencement; we’re just doing them a different way.”

Inside the new world of online dissertation defenses

Letter regarding this year's Commencement, Hooding, and Tech Reunion celebrations