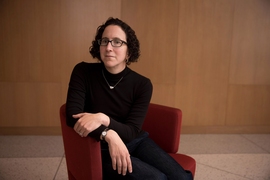 Caption:
A new study co-authored by a professor at MIT shows the long-term financial hurt of a medical event serious enough to cause hospitalization is significant even for the insured.

Being hospitalized is tough enough strictly as a health matter. But now a study co-authored by an MIT professor reveals its painful financial impact as well: On aggregate, hospitalization and the health problems that cause it lead to a 20 percent drop in earnings and an 11 percent drop in employment for adults between ages 50 and 59, among other negative effects.

Moreover, job troubles are merely one of the financial costs that follow hospital stays. As the study shows, adults who have health problems leading to hospitalization have worse subsequent access to credit — as well as larger unpaid medical bills and more out-of-pocket medical spending.

And while medical insurance does temper some of these outcomes, the long-term financial hurt of a medical event serious enough to cause hospitalization is significant even for the insured.

“The sobering truth is that even people who have health insurance don’t have anywhere close to full insurance,” says Amy Finkelstein, an economist at MIT who helped lead the study. “Not [only] for the reasons that we’re used to thinking about, [such as] cost-sharing and high deductibles, but because health insurance doesn’t insure the economic consequences of poor health.”

The bulk of the data in the study comes from the state of California, including hospitalization records from the years 2003–2007 and credit reports from 2002–2011, for people ages 25 and up. The researchers examined records for roughly 780,000 people with health insurance and about 150,000 people without health insurance. The data was available under restricted conditions to preserve the anonymity of the people being studied.

Some of the data, which focused on job outcomes, also came from the Health and Retirement Study (HRS), a biannual U.S. national survey, and covered the years 1992–2012 for nearly 10,000 people.

While other studies have relied on self-reported survey data to infer the financial fallout that follows poor health, the research team in this case could more robustly establish and quantify the cause-and-effect relationship between the onset of serious medical problems and their ensuing financial implications. By examining the California medical and credit records in tandem, along with the HRS data, they established how the hospitalization episodes altered individuals’ economic trajectories.

“What’s really unique about the paper is the data,” Notowidigdo says.

The average hospital admission in the study lasted four days. While the length and long-term effects of any one medical event can vary widely, the aggregate effects were striking. Consider the employment numbers: Having medical problems that require a hospital stay reduces employment by 8.9 percentage points in the first subsequent year, on average, and 11.1 percentage points by the third year after admission.

That corresponds with an average decrease in earnings of $6,445 in the first year after a hospital admission, and $11,071 in the third year. Over the whole three-year span, earnings drop an average of $8,753 annually, a decline of 20 percent.

Three years after their hospitalizations, employees also face a decrease in annual time worked by 228 hours, and self-reported retirement increases by 10 percentage points. All the employment numbers are striking, the researchers say.

“The magnitudes are pretty similar to what labor economists have studied when they look at people who are laid off in what’s called a ‘mass layoff event,’ if a manufacturing plant closes down and a lot of people lose their jobs,” Notowidigdo says.

Meanwhile, after people are hospitalized, their long-term access to credit declines and their debt levels worsen. Four years after a hospital admission, the average credit limit of individuals declines by $2,215 on average, or about 5.5 percent, and people’s total collection balances — the amount owed — increase by $302, on average.

A significant part of this pocketbook crunch is generated by medical expenses. Average annual out-of-pocket medical spending increases by $1,429 in the three years after an admission, showing that serious health events lead to a variety of unreimbursed expenses.

As for the precise mechanism through which hospitalization leads to dire economic outcomes, there is almost certainly a wide variety of scenarios in play. Serious health problems may impair people’s ability to work, make them less desirable to employers, or reduce their likelihood of searching for new and higher-paying jobs.

Because the study focuses on a very large number of individuals who had not been previously hospitalized, and examines changes to their economic situations after these events occured, it is clear that the serious medical events leading to the hospitalizations triggered the ensuing financial effects; it is not that people previously suffering from serious health problems were dropping out of the work force due to those prior problems. Therefore, Kluender says, the scholars can “confidently conclude it is a causal relationship and not just a correlation.”

In policy terms, the researchers say, the results also show the limits of health insurance in the U.S. Insurance programs are designed to reimburse most medical costs. But since medical costs are only one part of the financial hardship resulting from hospital stays — with the decline in income being so significant as well — insurance as currently conceptualized may be incomplete.

As the paper notes, health shocks to households with people under the age of 60 in Denmark also produce a decline in earnings of 15 percent to 20 percent — but about 50 percent of that income drop is insured in various forms, including sick pay and disability insurance.

“Most of the time when you’re thinking about health insurance, you’re only talking about the risk of accruing medical expenses,” Kluender says. “But in the U.S. we lack the robust sick leave and disability policies that protect households against the risk of lost earnings while you’re sick.”

Finkelstein, for her part, also says that the results open up a series of policy questions about whether the U.S. needs more robust short-term disability policies to compensate for the lost earnings that occur after hospital stays.