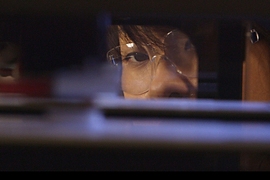 ↓ Download Image
Caption: The MakerWorks team currently comprises 35 passionate graduate students, called mentors, who staff and administer the shop. The space has almost 600 total users, all of whom have attended Maker Mondays, a required introductory session that trains newcomers on policies and basic tools.

If there is one word that embodies the spirit of MIT MakerWorks, the all-access Department of Mechanical Engineering (MechE) makerspace, it would have to be “students.” Not “maker,” although of course making is the cornerstone of the space; not “fun” or “cool,” although according to members it’s both of those things; not even “prototyping,” despite the fact that a majority of students use it for that.

That’s because MIT MakerWorks, a soup-to-nuts community space offering both fabrication and measurement tools, is run by and for students.

In fact, MIT MakerWorks was student-initiated too. With the support and guidance of Professor (and unofficial MechE “maker czar”) Martin Culpepper and Professor Anette Peko Hosoi, who is also MechE’s associate department head for education, MechE students have recruited mentors, identified equipment requirements, developed safety procedures, solicited funding, managed staffing, designed community events, and much more. The process of developing the shop was a learning experience unto itself.

Learn about MakerWorks, MIT's makerspace initiated and led by students.

A microcosm of the maker movement writ large, MIT is well known for its commitment to hands-on learning. From hackathons to Hyperloop, Maker Faires to robot competitions, MIT’s making state of mind is the natural outgrowth of its original form, one that is inextricably linked to making, building, and doing.

“At MIT we celebrate the artist, the scholar, and the smith,” says Culpepper, who oversees Project Manus, MIT’s effort to upgrade makerspaces and foster maker communities on campus.

As such, the Institute is home to several student-serving makerspaces, including the MIT Edgerton Center, the MIT Hobby Shop, and Beaver Works, to name just a few. Overall, there are more than 130,000 square feet of makerspaces at MIT.

MIT MakerWorks began with three graduate students who were eager to add an all-access, student-run space to MIT’s repertoire. They quickly became a group of eight, which continued to grow as interest in such a space gained momentum. The founders wanted to create a place where hobby and research machining didn’t interfere with the classwork that was taking place in some of the other shops and labs around campus, and where undergrads and graduate students could take advantage of the skills, experience, and accessibility of other students.

The MIT MakerWorks team currently comprises 35 graduate students, called mentors, who staff and administer the shop. The space has almost 600 total users, all of whom have attended Maker Mondays, a required introductory session that trains newcomers on policies and basic tools. Those 600 users are split approximately 50/50 between undergraduates and graduates. Many graduate students utilize the space to quickly prototype parts for their research, and undergrads use it for research needs as well.

While students are encouraged to use the space to make personal creations, too — for example, a team of mentors extensively used MIT MakerWorks to build “Sawblaze,” a bot that competed on the recent reboot of ABC’s “Battlebots” — the shop’s founders also encourage more than making for its own sake.

“We want MakerWorks not only to be a makerspace but also to be known as a place for good engineering,” says Raghav Aggarwal SM ’16, a member of the MIT MakerWorks administrative team. “That’s why the graduate student mentors are a great resource. They provide a very diverse body of knowledge and experience.”

“It’s important to give students a place to learn how to build well and develop better building practices,” says PhD candidate Dan Dorsch ’12, SM ’15, one of MIT MakerWorks’ co-founders. “Having both analytical skills and a strong understanding of how products are designed and manufactured empowers engineers.”

It’s this desire to enable great engineering that also sparked Culpepper, an early champion of the space, to recommend adding a measurement and validation section to the shop.

“MakerWorks is one of the first makerspaces at MIT to offer prediction tools and the ability to plan the engineering process through the combination of design software, rapid prototyping, and validation tools,” says Dorsch. “It intentionally gives the space a significant engineering focus rather than offering something more similar to a hacker space.”

MIT MakerWorks also houses 12 fundamental machines — in many cases, multiples of each — including a mill, a lathe, a water-jet, a laser cutter, a router, a 3-D printer, a bandsaw, a drill press, and more. Each of the 35 mentors works one two-hour shift per week and is required to teach at least one machine training session per week. They are also responsible for maintaining their appointed machine and keeping the area clean.

Through interaction with the space’s users, the mentors are often learning a great deal themselves. They are exposed to a plethora of engineering and making projects they wouldn’t otherwise see, and are simultaneously learning from each other as well.

“People say that teaching is the best way to learn, and I think this is a perfect example,” says Dorsch.

Expanding MIT MakerWorks’ educational opportunities even further, Culpepper has created a symbiotic relationship with the Martin Trust Center for MIT Entrepreneurship. The Trust Center, which provided funding for the development of MIT MakerWorks, also created ProtoWorks in parallel, a satellite space for Sloan School of Management students to quickly prototype products that are part of their own entrepreneurial projects and startups.

Together the two spaces have built a community of engineers and entrepreneurs who benefit from each other’s expertise in their respective fields: MechE students can brainstorm and bounce business ideas off their fellow management classmates, and Sloan students are able to utilize the making skills of fellow engineers to physically manifest their product ideas.

“Part of the goal in building community is getting exposure to other people’s projects. This inspiration can lead to novel personal or research projects,” says Dorsch.

Culpepper adds, “The best way to understand how a physical system works is to build it. I’m very excited that we’ve been able to give both MechE and Sloan School students another place to do that — for student mentors through teaching and for users through practice.”