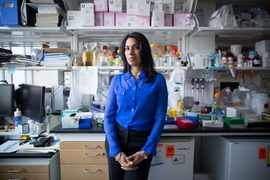 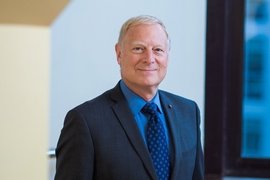 Bhatia is already a member of the National Academies of Science and of Engineering, making her just the 25th person to be elected to all three national academies. Earlier this year, Paula Hammond, head of MIT’s Department of Chemical Engineering, also joined that exclusive group; MIT faculty members Emery Brown, Arup Chakraborty, James Collins, and Robert Langer have also achieved that distinction.

Bhatia, who is a member of MIT’s Koch Institute for Integrative Cancer Research and Institute for Medical Engineering and Science, develops micro- and nanoscale technologies to improve human health. She has designed nanoparticles and other materials to diagnose and treat disease, including cancer, and she has also engineered human microlivers that can be used to model liver disease and test new drugs. She and her students have founded several biotechnology companies to further develop these technologies.

Young, who is a member of MIT’s Whitehead Institute for Biomedical Research, studies the regulatory circuitry that controls cell state and differentiation. His lab uses experimental and computational techniques to determine how signaling pathways, transcription factors, chromatin regulators, and small RNAs control gene expression. Since defects in gene expression can cause diabetes, cancer, hypertension, immune deficiencies, neurological disorders, and other health issues, improved understanding of this circuitry should lead to new insights into disease mechanisms and the development of new diagnostics and therapeutics.

“I am humbled to have been elected to the National Academy of Medicine,” Young says. “More than just a personal honor, it is an affirmation of the importance of basic biomedical research to understanding, preventing, and treating disease.”

Young was also elected to the National Academy of Science in 2012.

Bhatia and Hammond, both of whom have spent most of their careers at MIT, are now the only two women of color to belong to all three of the National Academies.

“I’m incredibly honored to be part of this group of thinkers and doers that I have long admired,” says Bhatia, the John and Dorothy Wilson Professor of Electrical Engineering and Computer Science. “I’m grateful to have been supported by MIT for decades and to have benefited from the gender equity movement that Nancy Hopkins and colleagues initiated in the 90s. My position, salary, promotion trajectory, space, leadership opportunities, and sense of community with amazing people like Paula are all the products of deliberate, hard work to overcome systemic unconscious bias. I hope we can serve as examples of what is possible for the next generation of researchers and the institutions that support them.”

“I am delighted to share this honor with my wonderful colleague, Sangeeta,” Hammond says. “We have truly benefited from the hard work of so many of our colleagues here at MIT who have stood up and voiced the importance of equity among scholars across race, culture, and gender. MIT has been an incredible place for me to further my career and to find outstanding male and female colleagues who continuously uplift and support each other. It is through the constant efforts we make together as a community to become a better place that we create opportunities for current and future scholars to shine.”

The National Academy of Medicine, established in 1970 as the Institute of Medicine, is an independent organization of eminent professionals from fields including health and medicine, as well as the natural, social, and behavioral sciences. Election to the National Academy of Medicine is considered one of the highest honors in the fields of health and medicine and recognizes individuals who have demonstrated outstanding professional achievement and commitment to service.

An emerging view of RNA transcription and splicing