3 Questions: Why are student-athletes amateurs? 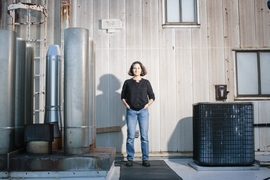 Debate about the unpaid status of NCAA athletes has surged in the last decade — and did so again last month when the best player in men’s college basketball, Zion Williamson, got injured in a high-profile game. Meanwhile, graduate student unionization drives frequently raise the same question: Aren’t some students also workers creating value for universities? And how did we come to regard student-athletes, say, as amateurs in the first place?

Jennifer Light, the Bern Dibner Professor in the History of Science and Technology and a professor of urban studies and planning, has just published an article in the Harvard Educational Review on the history of this idea that students are not part of the labor force. She places its origins in the 1890-1930 movement to expand public schooling, which promoted schools as alternatives to child labor and put them forth as “protected” places for young people to focus on future-oriented training. MIT News talked to Light about her research. This interview has been edited for length.

Q: How did you become interested in the topic of value-producing students, and the question of whether or not they’re fairly compensated?

A: Previously, I taught at Northwestern University, where I encountered many student-athletes because two of my classes covered some sports history. On more than one occasion, someone raised the question, “Why are we not getting compensated when we bring in so much money [for the university]?” Or I’d hear anecdotally about how a video game company came to scan their bodies for a game that was “cool,” but also not something they got paid for.

That got me thinking about unpaid labor. Of course, student-athletes receive scholarships, but those are quite limited when compared with the compensation they’d get playing outside of school. So I went looking for the origins of the idea that students are not part of the labor force. As it turns out, this idea dates to the emergence of mass schooling in the United States. As it also turns out, there is a long history of schools profiting from student activities — and not just sports.

Q: The “alternative history” of students you describe primarily occurs from about 1890 to 1930, with the movement to make public education available for everyone. What happened in this time period that was so important, in this regard?

A: Public education became popular, along with compulsory-schooling legislation, largely because of the industrial economy. The spread of schools was part of a national effort to train children for future industrial jobs and reduce child labor. And at some level, yes, when kids went to school, they were protected from going into factories or coal mines.

On the other hand, because so many public schools needed to get off the ground at the same time and local governments did not have adequate resources, educators assigned pupils to build and operate their schools: making desks and lockers, building playground equipment and gyms, keeping financial records, running the lunch room, everything from ordering supplies to cooking and serving the meal. Kids repaired school plumbing and heating systems, did health inspections, and tracked down truants.

This was celebrated as the cutting-edge curriculum, the "new education" for the industrial age. John Dewey said when you bring the school close to life, that motivates students’ learning. Because these things were done for educational purposes and no money exchanged hands, they were not considered "work." Of course, if kids did the same tasks in the “real world,” they would be paid. We still use this language of school versus the real world today. So this mindset originated in public schools and only later carried over into education for older adolescents, which was less common, particularly before World War II.

Q: How and when did the idea of the “protected” student make the leap from public schools to universities?

A: In the American mindset, until about 1930, you were a kid until you were between about 14 and 16, because in most places high school was not compulsory; education was compulsory until the eighth grade. And people were fighting to change this, but there were plenty of late teenagers in the work force.

Mass unemployment during the Great Depression was a catalyst for extending this protective period to older adolescents, through their early 20s. [The thinking was] that adults should be top priority for available jobs. So although increasingly specialized jobs were a contributing factor, the desire not to compete with adults was a major force behind the expansion of training for this age group — in high schools, community colleges, universities, and specialized programs such as those sponsored by the National Youth Administration. As with the curriculum for younger pupils, institutional maintenance was a feature of these programs.

In recent years this sort of routine economic activity inside schools has declined but not disappeared. Today's controversies around student-athletes and teaching assistants stem in part from the century-old assumption that students by definition are cultivating their human capital and defering economic participation until they graduate to the “real world.” What I’m trying to show is, that’s always been a fantasy. Of course when students go to school, they get an education. But they could also be producing value for their institutions.