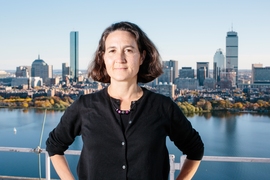 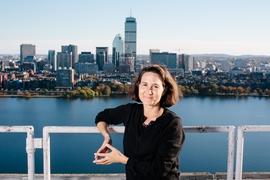 One of the key insights of MIT historian Jennifer Light’s career came when she was a summer intern at the RAND Corporation, the think tank famed for its analysis of Cold War military systems. That might seem like an unusual place for a historian’s eureka moment — but then, it was an unusual insight. In the late 1960s, Light noticed, people at RAND had suddenly become very interested in urban planning. What was that all about?

It was about two things, Light concluded. First, researchers at RAND were already concerned that military and space program funding would diminish if and when the Vietnam War ended and the Apollo program put astronauts on the moon, and were looking for other areas where they could apply their expertise. Second, many U.S. cities experienced economic decline and social unrest in the 1960s. That led to politicians and planners expressing frustration that, as Light says, “‘If we can put a man on the moon, we should be able to fix our earthly problems.’”

“This economic and political context led people, not just RAND, but in the broader military-industrial complex, to think, ‘Maybe city planning and management could be promising areas for our future work,’” Light says. “Many scientists and engineers believed there were fundamental similarities across all complex systems, which gave them confidence that their expertise and their tools were easily transferable. City governments were eager for their help.”

Her 2003 book, “From Warfare to Welfare” (Johns Hopkins Press), chronicles how the 1960s-era “War on Poverty” and other urban programs actually adapted, in big U.S. cities, tools of real warfare: aerial reconnaissance, satellite imaging, computerized modeling of political and economic systems, and more. It also chronicles how, by the mid-1970s, most of those efforts had stalled.

However well-meaning these analysts were, Light says, many of them “tried to identify optimal solutions for very complicated urban problems, and of course, a mathematically superior decision may be politically undesirable.” Demolishing housing might or might not lead to greater economic development, Light notes, but will definitely lead to fierce local resistance.

That book put Light on the academic map as a scholar with a highly distinctive specialty: a historian and sociologist of science and technology who studies how urban planners have adapted ideas and innovations from other disciplines. Having authored multiple books and articles on this subject, Light has now joined MIT with an unusual dual appointment, in the Program on Science, Technology, and Society and in the Department of Urban Studies and Planning.

The limits of expertise?

The Cold War was not the first time planners sought insights from colleagues in science and engineering. Light’s second book, “The Nature of Cities,” (Johns Hopkins Press, 2009), revealed that this kind of intellectual interchange occurred earlier in the 20th century as well, in the 1930s, when academic urbanists and practicing planners looked to ecology to help identify urban cycles of growth and decay, and to natural resource planning to organize their proposals.

“The urban renewal program followed precedent set by the 1930s conservation movement, which suggested the nation’s resources could be made ‘renewable’ if interventions followed scientific laws,” Light explains.

Such a model of urban planning, in Light’s view, was also generally unsuccessful, or at least had unintended consequences. Ideas adopted from natural resource planning led city planners to think they could use legal tools like eminent domain to acquire property, clear out whole urban areas — often, dense working-class neighborhoods — and “renew” them with large-scale developments. But in the long run, such large-scale housing itself became seen as a cause of urban blight.

Put together, these two historical periods in urban planning tell us something larger about the “the dangers of thinking by analogy in policymaking and the technocratic fantasy that policy choices can rise above political realities on the ground,” Light observes. “These are episodes in a long history of people trying to apply scientific and technical expertise to address social and political problems ­— and how such efforts often fall short, although people have good intentions.”

Accepting a job at MIT represents a homecoming of sorts for Light. She grew up in Belmont, Massachusetts, a town bordering Cambridge to the west. Light’s father, Richard Light, is a professor at Harvard University’s Graduate School of Education, and her mother, Patricia Light, is a former administrator at the Harvard Business School.

Light attended Harvard as an undergraduate, where she majored in history and literature, focusing on the Reformation and Renaissance. That might seem a long leap from studying modern technocrats, but Light says it was actually ideal training for her cross-disciplinary work.

“I specialized in the Renaissance and Reformation, when scientists were artists and architects studied anatomy,” Light observes. “The boundaries between fields were porous. It has helped me to keep an open mind about sources and see connections across fields.”

After receiving a master’s degree at Cambridge University, Light received her PhD in the history of science at Harvard, then accepted a job in 1999 at Northwestern University, where she remained until joining MIT in 2014. Her time at the Institute has already seen her finish another book project and launch one more. She co-edited a volume of essays on new technologies and political participation —  “From Voice to Influence: Understanding Citizenship in a Digital Age” — that was just published by the University of Chicago Press. Light is now working on a new book about the history of educational simulations and the transformation of childhood in America at the turn of the 20th century. “Think virtual worlds and role-playing games, circa 1895,” she says.

But Light continues to think about the intellectual foundations of urban planning. One major reason she accepted her position at MIT, she notes, is to help generate more dialogue between the disciplines of science and technology studies and urban studies.

“The opportunity at MIT is really exciting, because the two programs are incredibly strong,” Light says. ‘They have a tremendous amount of overlap that they don’t always seem to know about. So I am looking forward to making new connections across the departments.”