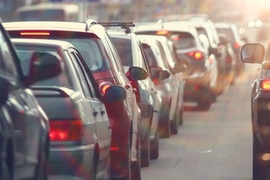 ↓ Download Image
Caption: A new MIT study reports that in Europe 10 major auto manufacturers produced diesel cars, sold between 2000 and 2015, that generate up to 16 times more emissions on the road than in regulatory tests — a level that exceeds European limits but does not violate any EU laws.

Caption:
A new MIT study reports that in Europe 10 major auto manufacturers produced diesel cars, sold between 2000 and 2015, that generate up to 16 times more emissions on the road than in regulatory tests — a level that exceeds European limits but does not violate any EU laws.

In September 2015, the German automaker Volkswagen was found to have illegally cheated federal emissions tests in the United States, by intentionally programming emissions control devices to turn on only during laboratory testing. The devices enabled more than 11 million passenger vehicles to meet U.S. emissions standards in the laboratory despite producing emissions up to 40 times higher than the legal limit in real-world driving conditions.

Now a new MIT study reports that Volkswagen is not the only auto manufacturer to make diesel cars that produce vastly more emissions on the road than in laboratory tests. The study, published this month in Atmospheric Environment, finds that in Europe, 10 major auto manufacturers produced diesel cars, sold between 2000 and 2015, that generate up to 16 times more emissions on the road than in regulatory tests — a level that exceeds European limits but does not violate any EU laws.

What’s more, the researchers predict these excess emissions will have a significant health impact, causing approximately 2,700 premature deaths per year across Europe. These health effects, they found, are “transboundary,” meaning that diesel emissions produced in one country can adversely affect populations in other countries, thousands of kilometers away.

“You might imagine that where the excess emissions occur is where people might die early,” says study author Steven Barrett, the Raymond L. Bisplinghoff Professor of Aeronautics and Astronautics at MIT. “But instead we find that 70 percent of the total [health] impacts are transboundary. It suggests coordination is needed not at the country, but at the continental scale, to try to solve this problem of excess emissions.”

The 10 manufacturers’ excess emissions may not be a result of unlawful violations, as was the case with Volkswagen. Instead, the team writes that “permissive testing procedures at the EU level and defective emissions control strategies” may be to blame.

The researchers report a silver lining: If all 10 auto manufacturers were to improve their emissions control technologies to perform at the same level as the best manufacturer in the group, this would prevent up to 1,900 premature deaths per year.

“That’s pretty significant in terms of the number of premature mortalities that would be avoided,” Barrett says.

The study focuses on emissions of nitrogen oxides, or NOx, a type of gas that is produced in diesel exhaust. When the gas gets oxidized and reacts with ammonia in the atmosphere, it forms fine particles and can travel for long distances before settling. When these particles are inhaled, they can lodge deep in the lungs, causing respiratory disease, asthma, and other pulmonary and cardiac conditions. Additionally NOx emissions cause the formation of ozone, a pollutant long associated with adverse health outcomes.

“There are many times the number of diesel cars in Europe compared to the U.S., partly because the EU started pushing diesel for environmental reasons, as it produces less carbon dioxide emissions compared with [gasoline],” Barrett says. “It’s a case where diesel has probably been beneficial in terms of climate impacts, but it’s come at the cost of human health.”

Recently, the EU started tightening its standards for diesel exhaust to reduce NOx emissions and their associated health effects. However, independent investigations have found that most diesel cars on the road do not meet the new emissions standards in real driving conditions.

“Initially manufacturers were able to genuinely meet regulations, but more recently it seems they’ve almost tweaked knobs to meet the regulations on paper, even if in reality that’s not reproduced on the road,” Barrett says. “And that’s not been illegal in Europe.”

In this study, Barrett and his colleagues quantified the health impacts in Europe of excess NOx emissions — emissions that were not accounted for in standard vehicle testing but are produced in actual driving conditions. They also estimated specific manufacturers’ contributions to the total health impacts related to the excess emissions.

The researchers considered 10 major auto manufacturers of diesel cars sold in Europe, for which lab and on-road emissions data were available: Volkswagen, Renault, Peugeot-Citroën, Fiat, Ford, General Motors, BMW, Daimler, Toyota, and Hyundai. Together, these groups represent more than 90 percent of the total number of diesel cars sold between 2000 and 2015, in 28 member states of the EU, along with Norway and Switzerland.

For each manufacturer, the team calculated the total amount of excess emissions produced by that manufacturer’s diesel car models, based on available emissions data from laboratory testing and independent on-road tests. They found that overall, diesel cars produce up to 16 times more NOx emissions on the road than in lab tests.

They then calculated the excess emissions associated with each manufacturer’s diesel car, by accounting for the number of those cars that were sold between 2000 and 2015, for each country in which those cars were sold.

The team used GEOS-Chem, a chemistry transport model that simulates the circulation of chemicals and particles through the atmosphere, to track where each manufacturer’s excess NOx emissions traveled over time. They then overlaid a population map of the EU onto the atmospheric model to identify specific populations that were most at risk of exposure to the excess NOx emissions.

Overall, they estimated that, each year, 2,700 people within these populations will lose at least a decade of their life due to exposure to excess NOx emissions from passenger cars. They broke this number down by manufacturer and found a wide spread of health impact contributions: Volkswagen, Renault, and General Motors produced diesel cars associated with the most yearly premature deaths, each numbering in the hundreds, while Toyota, Hyundai, and BMW were associated with fewer early deaths.

“The variation across manufacturers was more than a factor of five, which was much bigger than we expected,” Barrett says.

Barrett says this transboundary effect may be due to the nature of NOx emissions. Unlike particulate matter spewed from smokestacks, such as soot, which mostly settles out in the local area, NOx is first emitted as a gas, which can be carried easily by the wind across thousands of kilometers, before reacting with ammonia to form particulates, a form of the chemical that can ultimately cause respiratory and cardiac problems.

“There’s almost no correlation between who drives [diesel cars] and who incurs the health disbenefits, because the impacts are so diffuse through all of Europe,” Barrett says.

The study ends with a final result: If all 10 manufacturers were to meet the on-road emissions performance of the best manufacturer in the group, this would avoid 1,900 premature deaths due to NOx exposure. But Barrett says ultimately, regulators and manufacturers will have to go even further to prevent emissions-associated mortalities.

“The solution is to eliminate NOx altogether,” Barrett says. “We know there are human health impacts right down to pre-industrial levels, so there’s no safe level. At this point in time, it’s not that we have to go back to [gasoline]. It’s more that electricification is the answer, and ultimately we do have to have zero emissions in cities.”