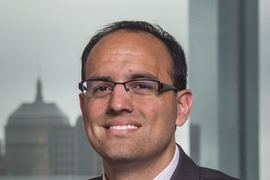 MIT Professor Parag Pathak, a market-design expert who has extensively studied education while developing new policy mechanisms used across the U.S., has been awarded the John Bates Clark Medal for 2018, granted annually to the best economist under the age of 40.

The prestigious award, granted by the American Economic Association (AEA), was announced on Friday afternoon.

Among his other accomplishments, the AEA noted in its award statement, Pathak’s work has led to “significant improvement in the assignment of students to public schools,” while he has also conducted “convincing analyses of different policies designed to improve secondary education. Using innovative and sophisticated empirical and theoretical techniques, he has provided policy advice that has already positively influenced the lives of over 1 million public school students.”

Pathak told MIT News on Friday that he was honored to join the list of “amazing scholars” who have won the John Bates Clark Medal in the past, and called the award a tribute to the rise of market-design research generally, within the larger realm of economics.

“This is an award on behalf of the whole subject of market design,” said Pathak, who is the Jane Berkowitz Carlton and Dennis William Carlton Professor of Microeconomics in the MIT Department of Economics. “There are many people who are doing great work in this field,” he noted.

Pathak also paid tribute to MIT, where he has spent his entire career as a professor.

“This is a phenomenal work environment,” said Pathak. He added: “The thing that stands out about MIT is its openness to new ideas and young people,” including graduate students who “help keep the department at the forefront” of the profession.

In addition to his research and teaching as a professor in the Department of Economics, Pathak is also a founder and co-director of MIT’s School Effectiveness and Inequality Initiative (SEII), along with his colleagues Josh Angrist and David Autor. Pathak added that it was “a great time to be studying education and inequality,” given the importance of those issues in contemporary life.

A substantial portion of Pathak’s work has examined the use of school-choice mechanisms in U.S. cities. Many cities have deployed school-choice systems that essentially forced students and families to try to assess which schools would be popular among other students, adding a layer of complicated game theory to the process of picking a school. In the course of studying the issue, since his days as a graduate student, Pathak has helped develop systems that allow students to make more straightforward decisions based on their own substantive rankings, without having to account as fully for the presumed choices of other people.

“Our whole agenda is to try to make these systems strategy-proof,” Pathak told MIT News in 2012. “All these methods move in the direction of simplifying the system for students.”

In 2005, Boston adopted a new choice mechanism based on research Pathak had been conducting as a PhD student; since then, he has helped design systems in a range of major U.S. cities, including Chicago, Denver, Newark, New Orleans, New York, and Washington.

Pathak’s body of work also includes studies about the impact of New York City’s “exam schools” on children, the effectiveness of charter schools in Boston, and the impact of school voucher systems, in addition to other empirical research he has conducted.

In addition, Pathak has co-authored papers analyzing market-design mechanisms in other large policy areas, including medicine and housing.

“Parag's research has made fundamental contributions to the field of market design and its application to school choice mechanisms, and the economics of education more generally,” said Nancy Rose, head of the Department of Economics, and the Charles P. Kindleberger Professor of Applied Economics at MIT. “Parag is extraordinary in not only advancing the theoretical frontiers, but also executing  highly influential and sophisticated empirical research, with results that change the way school districts approach student assignments. Because of his contributions, hundreds of thousands of students in large urban public school systems are more likely to be matched to schools they prefer.”

In 2008, Pathak joined the MIT faculty as an assistant professor. He was awarded tenure in 2011 and became a full professor in 2014.

MIT faculty, alumni, and former faculty have won multiple Clark Medals over the last decade-plus, including current MIT faculty members Amy Finkelstein (2012), Esther Duflo (2010), and Daron Acemoglu (2005). The award was given in odd-numbered years from its inception in 1947 (when MIT’s Paul Samuelson won) through 2009; starting in 2010, the AEA has granted the award annually.

Bloomberg’s Noah Smith profiles Prof. Parag Pathak, who was recently awarded the John Bates Clark medal for his work using economic theory to improve the allocation of students to New York City public schools. “Pathak isn’t just a theorist,” writes Smith, “in keeping with economics’ age of data, he also does a lot of empirical work.”

Prof. Parag Pathak, winner of the John Bates Clark Medal, speaks to The Wall Street Journal’s Michelle Hackman about his research on school choice. “What I sometimes find frustrating in conversations about student achievement is they often get sidetracked from the issue of school quality,” Pathak says. “Our job as researchers is exploring the nuances and subtleties.”