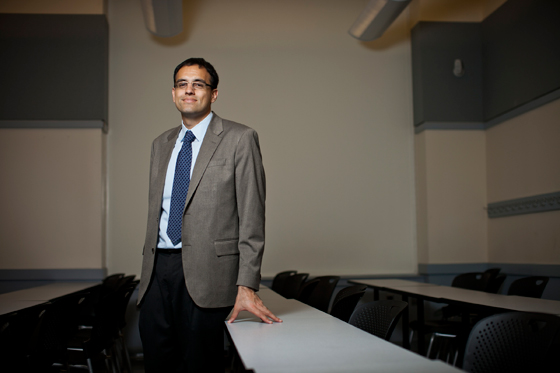 For students in New York and Boston, who have a range of options beyond their neighborhood school, choosing a high school used to be a maddeningly complicated guessing game. In Boston, for instance, many students would list their three top school choices — but were not guaranteed acceptance at any of them.

That made school selection a stressful quandary for many students and their families: Should they put highly rated but popular schools on their lists, despite the low odds of acceptance? Or should they list less desirable schools, to increase their chances of getting in?

Picking a school wasn’t just a matter of figuring out which schools were good: Because students had to think strategically and anticipate which choices others would make, it was a real-world exercise in game theory. And a frustrating one: At least 20 percent of Boston students, by some estimates, were making strategic errors; in New York, a third of students were shut out of the system without receiving any school assignments.

Just a decade ago, it seemed like an intractable problem. But that soon changed, thanks in part to a graduate student — now an MIT professor — named Parag Pathak.

In 2003, New York City schools chancellor Joel Klein, who wanted to revamp the school-choice system, approached a Harvard University professor named Alvin Roth about the problem. Roth had studied the method for matching medical students to their residencies; New York officials hoped something similar would work for their school system.

In turn, Roth asked Pathak, then a first-year PhD student in economics, to look into New York’s school-choice system: Was it a substantive and interesting problem? Pathak decided it was. A decade later, he is still producing new research on the topic, and in 2011 received tenure at MIT, in part because of his work in the area.

Moreover, that work has produced real-world results. Based on the research of Roth and his collaborators, New York City soon adopted what is known as a “deferred-acceptance algorithm” to assign places. Then, Roth’s group, including economist Tayfun Sonmez, now of Boston College, helped Boston review its choice system, leading the city to adopt a new method in 2005.

Using this method, schools first weigh all the students listing those schools as first-choice venues; then, the students who are rejected are essentially allowed to revise their lists, and the process repeats until every student has been matched with a school selection. The crucial difference is that students and families can simply pick the schools they most want to attend, in order.

“Our whole agenda is to try to make these systems strategy-proof,” says Pathak, now an associate professor of economics at MIT. “All these methods move in the direction of simplifying the system for students.” Complicated tactical guesses about popularity are moot; the entire process is based on the substantive merits of schools.

This positive outcome, Pathak says, is the fruit of “trying to think of economics as an engineering discipline,” in order to construct practical solutions to real-world problems.

Within economics, his growing area of specialization is known as “market design.” Beyond schools, market-design problems can be found in health care, financial markets, even the process of keyword searching on the Internet. “These allocation problems are everywhere,” says Pathak, who now also studies school-performance questions and has produced papers examining the quirks of housing markets.

Pathak is the son of Nepalese parents who immigrated to the United States in the 1970s. He grew up in Corning, N.Y., where his father is a doctor and his mother a writer, before attending Harvard as an undergraduate. A direct line can be drawn between Pathak’s career and a class he took during his senior year at Harvard in the spring of 2002, team-taught by Roth and Paul Milgrom, two leaders in market design; Milgrom advised the Federal Communications Commission on the design of their broadcasting-spectrum auctions.

Since then, Pathak’s research on school-choice issues has expanded in part because other places, including Chicago and much of England, have adopted systems similar to the ones he endorses — but due to their own initiative. “It’s as if they followed the discussion in Boston, although there is no evidence of it,” Pathak says. “It’s a great story of how markets evolve.”

Although strategy-proof systems are gaining in popularity, many cities do not employ them. And yet Pathak believes that in addition to making the selection process simpler, the new systems can lead to a virtuous circle in assessing school quality: If administrators know what students’ real preferences are — as opposed to their tactics-based selections — they can examine what makes certain schools popular and try to institute those elements of good schools in other places, too.

“If we have programs that are oversubscribed, we should figure out why and consider replicating them,” Pathak says.

To be sure, it can be very difficult for people to assess whether or not schools are good in the first place, and for what reasons. In part because of this, Pathak’s interests have developed to include measuring school performance. Along with MIT economists Joshua Angrist and David Autor, he is a founding director of the School Effectiveness & Inequality Institute at MIT, a new center that launched this year.

Angrist, Pathak and a variety of co-authors have published multiple studies about the performance of charter schools in Massachusetts, for instance, using random samples of students from schools’ admissions lotteries. While recognizing that this can be a “politically charged” issue, Pathak says their aim is simply to shine some empirical light on the matter. So far, the results they have found are nuanced: Some charter schools in urban areas such as Boston have dramatically improved student performance, but charter schools in other parts of Massachusetts have generally performed worse than their non-charter public counterparts.

The researchers are still trying to determine exactly why this is, and aim to expand their studies geographically. But the technical expertise of Pathak and Angrist — a pioneer in developing and refining “natural experiments” in economics — makes them confident they can rigorously equitably assess thorny questions about student performance.

“Through school assignment, we have an engine to measure a lot of things about education production,” Pathak says. And now, students have a vehicle for choosing schools on their merits.

A new paper co-authored by Prof. Parag Pathak found that school-choice systems designed to aid low-income children have not been effective, according to The Economist. The researchers found that while parents like these programs “they often do little for their children’s test scores.”