Caption:
Learners from around the world have completed the online course Introduction to Computer Science using Python through MITx on edX.

Since it was conceived as an online offering in 2012, the MITx massive open online course (MOOC), Introduction to Computer Science using Python, has become the most popular MOOC in MIT history with 1.2 million enrollments to date.

The course is derived from a campus-based and Open CourseWare subject at MIT developed and originally taught at MIT by John Guttag, the Dugald C. Jackson Professor of Computer Science and Electrical Engineering. “Although on the surface it’s a computer programming course with Python, it’s really not about Python or even programming,” explains Guttag. “It’s about teaching students to use computation, in this case described by Python, to build models and explore broader questions of what can be done with computation to understand the world.” 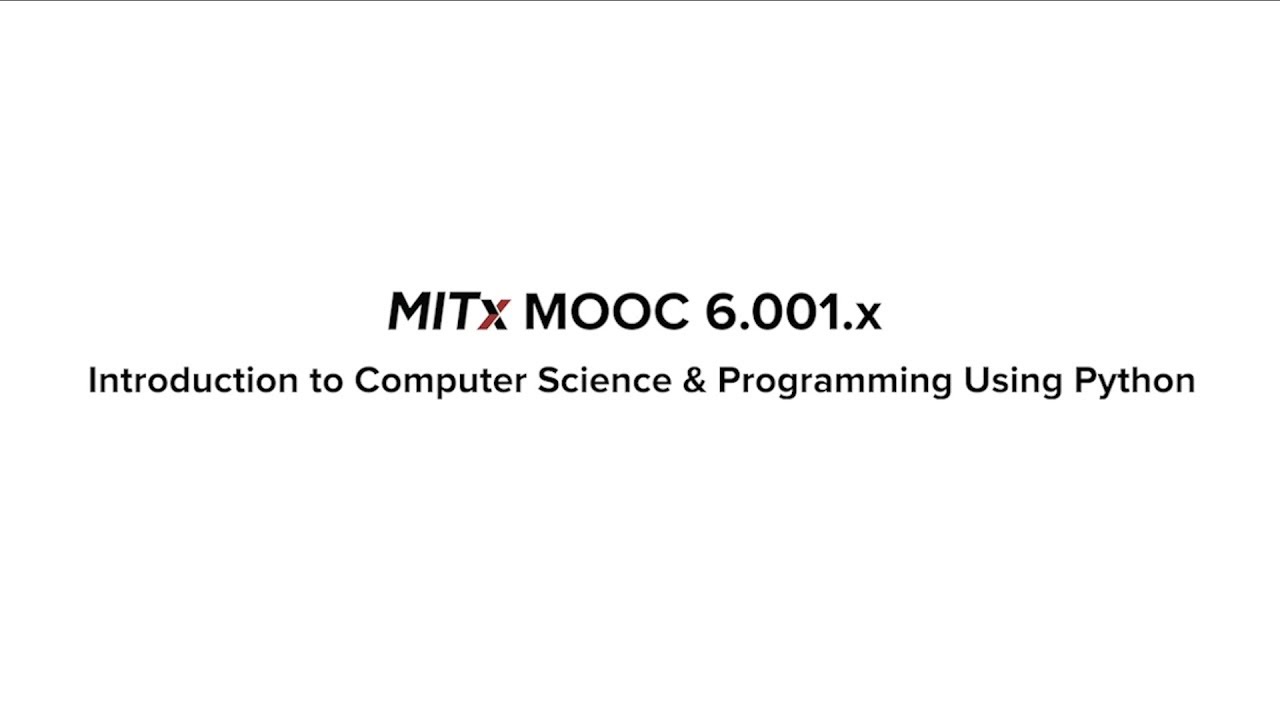 Play video
Learners from across the globe have completed the MITx course Introduction to Computer Science using Python. A few of them shared what they've learned.

The first MITx version of this course, launched in 2012, was co-developed by Guttag and Eric Grimson, the Bernard M. Gordon Professor of Medical Engineering and professor of computer science. It was one of the very first MOOCs offered by MIT on the edX platform.

“This course is designed to help students begin to think like a computer scientist,” says Grimson. “By the end of it, the student should feel very confident that given a problem, whether it’s something from work or their personal life, they could use computation to solve that problem.”

The course was initially developed as a 13-week course, but in 2014 it was separated into two courses, 6.00.1x and 6.00.2x. “We achieved 1.4 million enrollments at the beginning of the summer with both courses combined,” says Ana Bell, lecturer in electrical engineering and computer science, who keeps the MOOC current by adding new problem sets, adding exercises, and coordinating staff volunteer teaching assistants (TAs). “At its core, the 6.00 series teaches computational thinking,” adds Bell. “It does this using the Python programming language, but the course also teaches programming concepts that can be applied in any other programming language.”

Enrollment is already high for the next 6.001x course, which starts today. Guttag, Grimson, and Bell suggest several reasons for the course’s popularity. For example, many learners are older or are switching careers and either have not been exposed to computer science much or are looking for new skills. “Many learners take it because they see computer science as a path forward and something they need to know,” says Grimson.

Such is the case of Muhammad Enjari, a 39-year-old petroleum engineer from Homs, Syria. He fled Homs with his wife and 3 children at the beginning of the Syrian revolution and settled in Jordan soon after. “I have a degree in petroleum engineering but in Jordan I could not find a job,” he says.

In his journey to jumpstart a new career, Enjari enrolled in 6.00.1x as part of the MIT Refugee Action Hub, or ReACT, a yearlong Computer and Data Science Program (CDSP) curriculum. He received a 100 percent on the final exam and a 100 percent final grade. “Because of this course and others, I will be starting a new job in two weeks as a paid intern in computer engineering with Edraak, a MOOC platform similar to edX for Arabic-speaking students,” he adds.

Similarly, when 23-year-old Manda Awad, another ReACT CDSP student, enrolled in the 6.00.1x course as a refugee from Palestine living in Jordan, she learned that some of the material/topics covered in the course series was not included in her computer science curriculum at the University of Jordan. This, coupled with a lack of support for women in tech, inspired Awad to write a proposal that would update the engineering department’s computer science curricula by integrating the 6.00 series coursework, and expand access to the material across the student body. “I want to take what I have learned and teach other students, particularly women,” she says. Awad is currently setting up a programming club with a weekly instructional segment. She has a goal of introducing a “Women who Code” group to the Zaatari refugee camp in Jordan, which she plans to launch in the next year.

Grain farmer Matt Reimer of Manitoba, Canada, enrolled in the course to develop a computer program to improve his farm’s efficiency, productivity, and profitability. He gained the skills needed to use remote-control technology to accelerate harvest production using his farm’s auto-steering tractor integrated with his grain combine harvester. The result: The driverless tractor unloaded grain from the combine over 500 times, saving the farm an estimated $5,000 or more.

When Ruchi Garg decided to re-enter the workplace after being the primary caretaker for her two young children, she enrolled in the course to get her former technology career moving again. She was worried that her skillset had grown stale in the wake of rapidly advancing technologies and evolving computer engineering practices. After completing 6.00.1x, Garg has gone on to become a data analyst at The Weather Company, an IBM subsidiary.

Aditi, a blind data security professional based in India, enrolled in 6.00.1x to help create the next generation of security tools. The MIT course was the first completely accessible course she had ever taken online. After finishing the 6.00 series, Aditi will be attending Georgia Tech in the fall for her master’s degree.

And in 2017, MITx partnered with Silicon Valley-based San Jose City College to offer the course as part of a program for students in the area who traditionally have not had access to computer science curriculum. When students complete the course, they are matched with prospective employers for internships and possible employment in the area’s technology industry.

Because of her own enthusiasm with the course, Estefania Cassingena Navone became a Community TA for MITx from Venezuela. She has written several supporting documents with visualizations to demystify some of the more complex ideas in the course. “This course gave me the hope I needed,” she says. “Hope that living in a developing country would not be a barrier to achieve what I truly want to achieve in life, it gave me the opportunity to be part of an online community where hard work and dedication really helps you thrive.”

After taking the course, MITx TA Thomas Ballatore felt empowered to learn more about using computers for his own teaching. Although he has already earned a PhD, he has entered a master’s program majoring in digital media design learning how to produce his own online courses. “I became a TA because of my love of teaching and knew that the best way to truly learn material is to explain it to others.” Now on his fourth cycle of assisting, he has created several tutorial videos, motivated by helping others get their ‘ah-hah’ moments as well.

“This course essentially embodies the MIT spirit of drinking from the firehose,” says Ana Bell. “It's a tough course and fast-paced. If you get through it, you are rewarded with an immense feeling of accomplishment.” And perhaps, also, a new life-changing opportunity.