Abigail Krich is the founder and president of Boreas Renewables, a consulting firm serving renewable energy developers, owners, operators, and advocates. She recently gave a talk at MIT, hosted by the MIT Energy Initiative (MITEI), to discuss New England’s looming transition from a natural-gas-dominated market to the renewables integration that will be necessary to meet policy deadlines for decarbonization. She argued for a rethinking of New England’s fundamental market design, pointing to the larger ongoing conversation of how to reconcile markets and public policy on regional, national, and global levels. MITEI Communications followed up with her to learn more.

Q: The essence of your talk was that “something’s not matching up” between New England’s policy requirements for decarbonization and its wholesale electricity market design. Moving forward, are you optimistic about electricity markets adapting, or do you think state contracts and regulated rates will need to take on a larger role in implementing clean energy? 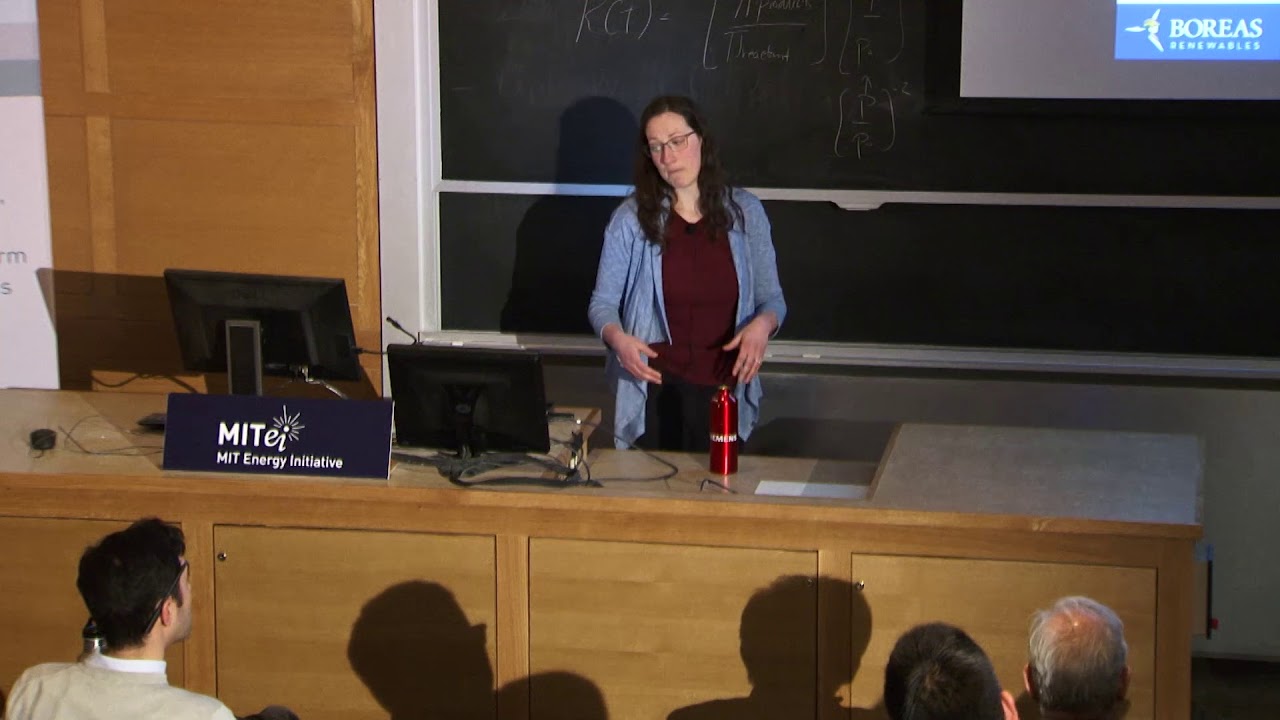 A: I’m currently optimistic that the electricity markets will adapt incrementally to the short-term future, in which state contracts and regulated rates continue to take on a larger role but do not overtake the marketplace. Though I want to be, I’m not currently feeling optimistic that this process will be able to develop a long-term competitive market solution that will work for a nearly decarbonized electricity system. I do think it’s possible that an entirely different market structure could work, but this would likely be ordered by a regulator, either at the state or federal level, and seems unlikely to come from within the existing market improvement process. The biggest problem in my mind is: When the transition happens from the short term incremental changes that keep the system working to the long term, something fundamentally different is needed.

Q: You noted that an increasing percentage of the energy supply (rooftop solar panels, for example) is operating outside the capacity market, reducing demand within the market itself. How will these external suppliers impact the clean energy transition?

A: About two-thirds of the solar installed in New England is what’s called “behind the meter,” reducing the demand for electricity that is seen by the wholesale electricity markets. By reducing the demand for electricity from the wholesale markets, this solar also reduces the amount of capacity that must be purchased in the capacity market and helps the region’s clean energy transition. The other third of the solar installed here is what’s called “in front of the meter,” meaning it is treated like a typical generator in the wholesale electricity markets instead of reducing demand. Though the energy produced by this solar displaces the need for energy from fossil fired generators, hardly any of this solar is participating in the capacity market. By not participating in that piece of the wholesale markets, the capacity market completely ignores this solar, as though it weren’t even there. That’s a real shame because, even though it’s reducing the amount of energy each fossil plant produces, it isn’t helping the region to allow those fossil generators to retire (or to signal that we don’t need new fossil generators to be built). It would be great if either the market or policies changed to encourage this solar to participate in the capacity market or reduce demand so that it could be counted one way or another.

Q: In order to meet emission reductions requirements, you argue that we must reduce electricity demand along with transitioning to low- and zero-carbon sources. New England’s energy efficiency measures have already brought down net demand drastically. How important is reducing demand in comparison to implementing renewables?

A: I’m a huge proponent of clean energy, so I’m happy to see wind turbines popping up and solar panels installed wherever there is space. But I’m also an outdoor enthusiast who loves natural vistas unblemished by development. I think addressing the threat of climate change is far more important than preserving my views, but it would still be nice to keep some of them. Even if all of our electricity came from carbon-free sources, I still think reducing demand through energy efficiency and price-responsive demand is important so that we can limit the impact of these clean energy sources on the environment around us.

This event was supported by IHS Markit.