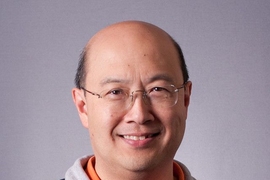 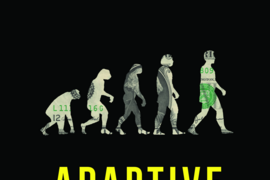 If you have money in the stock market, then you are probably anticipating a profit over the long term — a rational expectation given that stocks have historically performed well. But when stocks plunge, even for one day, you may also feel some fear and want to dump all those stress-creating equities.

There is a good reason for this: You’re human.

And that means, to generalize, that you have both a rational side and some normal human emotions. To Andrew Lo, the Charles E. and Susan T. Harris Professor and director of the Laboratory for Financial Engineering at the MIT Sloan School of Management, accepting this basic point means we should also rethink some common ideas about how markets work.

In economics and finance, after all, there is a long tradition of thinking about investors as profit-maximizing rational actors, while imagining that markets operate near a state of perfect efficiency. That sounds nice in theory. But evidence shows that this view is not sufficient for understanding the radical swings that market sentiment creates.

“When you and I are making investment decisions independently, we’ll exhibit different behavior,” Lo says. Those varied decisions help keep markets stable, most of the time. “But when we all feel threatened at the same time, we’re likely to react in the same way. And if we all start selling stocks at once, we get a market crash and panic. Fear can overwhelm rationality.”

Now Lo has written a new book about the subject, “Adaptive Markets,” published this month by Princeton University Press. In the book, he draws on insights from evolutionary theory, psychology, neuroscience, and artificial intelligence to paint a new picture of investors. Instead of regarding investors simply as either rational or irrational, Lo explains how their behavior may be “maladaptive” — unsuited to the rapidly changing environments that shifting markets present.

In so doing, Lo would like to resolve the divergence between the realities of human behavior and the long-standing “efficient markets hypothesis” (EMH) of finance with his own “adaptive markets hypothesis,” to account for the dynamics of markets — and to provide new regulatory mechanisms to better ward off damaging crashes.

“It takes a theory to beat a theory,” Lo quips, “and behavioralists haven’t yet put forward a theory of human behavior.”

To get a grip on Lo’s thinking, briefly examine both sides of the EMH debate. On the one hand, markets do exhibit significant efficiencies. Do you own a mutual fund that tracks a major stock-market index? That’s because it is very hard for individual investors or fund managers to beat indexes over an extended period of time. On the other hand, based on what we know about market swings and investor behavior, it seems a stretch to think markets are always efficient.

“The EMH is a very powerful theory that has added a great deal of value to investors, portfolio managers, and regulators,” Lo says. “I don’t want to be viewed as criticizing it. What I’m hoping to do is to expand its reach, by explaining under which conditions it’s likely to work well, and under which other conditions we require a different approach.”

As Lo notes in the book, the EMH assumes that individuals always maximize their expected utility — they find the optimal way to spend and invest, all the time. Lo’s adaptive markets hypothesis relaxes this dictum on two counts. First, a successful investing adaptation doesn’t have to be the best of all possible adaptations — it just has to work fairly well at a given time.

And second, Lo’s adaptive markets hypothesis does not hold that people will constantly be finding the best possible investments. Instead, as he writes in the book, “consumer behavior is highly path-dependent,” based on what has worked well in the past.

Given those conditions, the market equivalent of natural selection weeds out poor investment strategies, Lo writes, and “ensures that consumer behavior is, while not necessarily optimal or ‘rational,’ good enough.” Not perfect, but decent.

In this light, consider fund managers who do beat the big stock indexes for a while. In many cases, their successes are followed by years of poor performance. Why? Because they did not keep adapting to a changing investing environment. This familiar dynamic, Lo contends, is one reason we should drop the physics-inspired notions of the market as an efficient mechanism, and think of it in evolutionary terms.

Or, as Lo writes in the book, “biology is a closer fit to economics than physics.” As the physicist Richard Feynman put it, “Imagine how much harder physics would be if electrons had feelings.”

“Adaptive Markets” does not represent the first time Lo has put some of these ideas into print. It is the culmination of a long-term line of inquiry, and the most detailed, extended treatment he has given to the concept.

The book is written for a general audience but has received a wide hearing in academia. Nobuhiro Kiyotaki, an economist at Princeton University, calls “Adaptive Markets” a “wonderful book” that “presents many valuable findings” and “is itself a manifestation of the important finding that rational thinking and emotion go together.”

Lo says his hope for the book, however, is not just to change some minds among the public and other scholars, but to reach policymakers. Having served on multiple government advisory panels about regulation, Lo believes we need regulations that are more generally focused on limiting risk and large-scale crashes, rather than seeking to assess the legitimacy of umpteen new financial instruments.

The analogy Lo likes to make is that finance needs an equivalent of the National Transportation Safety Board, the federal agency that investigates the systemic causes of aviation accidents, among other things, and whose existence has helped engender a period of unprecedented air safety.

Even in the run-up to the 2008 financial-sector crisis, Lo contends, the notorious bond markets trading securities backed by subprime mortgages, and their derivatives, were not deeply “irrational.” After all, those markets had winners as well as losers; the problems included the way the markets were constructed and the opportunity for firms to wildly increase their risks while seeking big payoffs.

“It’s not so much that market prices were wrong, it’s that the policies and incentives were flawed,” Lo contends.

That might generate some heated debate, but Lo says it is a discussion he welcomes.

“We aren’t really getting traction arguing either for or against efficient markets,” Lo says. “So maybe it’s time for a new perspective.”

Forbes contributor James Jennings spotlights Prof. Andrew Lo’s book “Adaptive Markets: Financial Evolution at the Speed of Thought.” Jennings writes that Lo “proposes a new theory he calls the ‘Adaptive Markets Hypothesis,’ which seeks to synthesize the theories of the behavioral school of investing (investors are biased and irrational) and the efficient markets school (investors are rational, profit-maximizing machines).”

Tom Buerkle of Reuters writes about “Adaptive Markets: Financial Evolution at the Speed of Thought,” a new book written by Prof. Andrew Lo, which argues that it is possible for investors to beat the market. Markets seem unpredictable because traders are human and “make decisions using short cuts” rather than weighing all options, explains Buerkle.