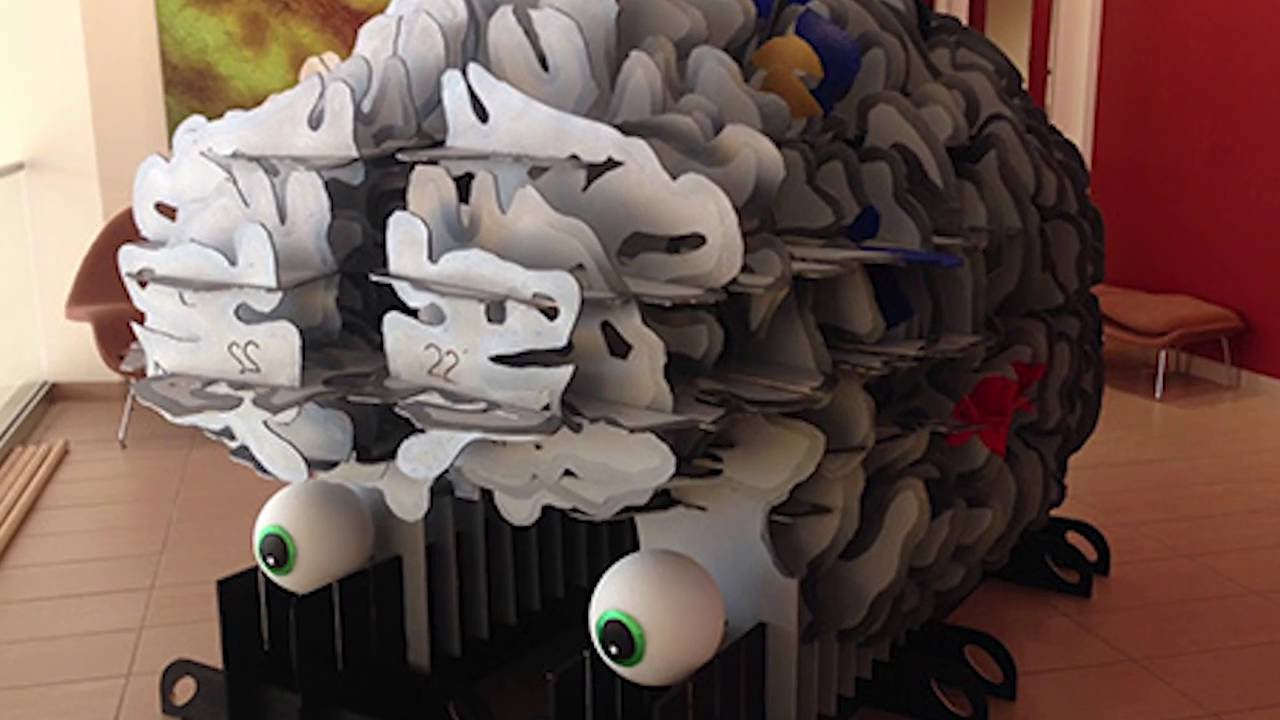 When MIT moved its campus from a muddle of buildings in Boston’s Copley Square to its new waterfront location in Cambridge 100 years ago, it was an “impressive goodbye,” according to the Boston Daily Globe. MIT celebrated that first river crossing this spring with festivities including a community parade. This video profiles the creation of the 200-pound brain that won the parade competition.

In January, MIT officials invited the community to participate in this competition, announcing that points would be awarded to teams who crossed the Charles River with the most creativity, spirit, and ingenuity. A team of students, postdocs, and staff from MIT’s McGovern Institute, Picower Institute, and Department of Brain and Cognitive Sciences accepted the challenge. They called themselves Brains@MIT, and they began working immediately on their ambitious float.

To begin, graduate student Rosa Lafer-Sousa provided her brain — or, rather, data from a magnetic resonance imaging (MRI) scan of her brain — and postdoc Ben Bartelle used a computer numeric control (CNC) router at MIT’s Hobby Shop to carve slices of Lafer-Sousa's brain into 60 sheets of plywood. The team's final creation is an object of wonder: a scientifically accurate 8-foot, 200-pound plywood brain — on wheels.

More than 50 students, postdocs, faculty, and staff assembled and painted the brain slices. They highlighted regions of the brain studied by MIT neuroscientists and they designed the hemispheres to separate, revealing the beautiful mind inside.

Ultimately, their hard work paid off. Brains@MIT took home the coveted DaVinci Award for Creativity and Wonder. The winning brain is now on display in MIT’s Brain and Cognitive Sciences complex.

A version of this article originally appeared on the Slice of MIT blog.