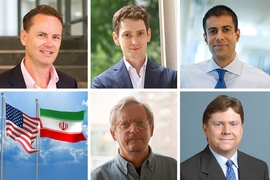 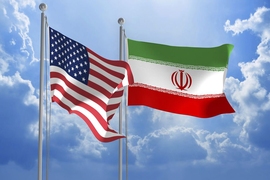 MIT has long been a leader in the scholarly study of nuclear security. With the announcement of a major new nuclear agreement between the U.S. and Iran this month — subject to government approval in each country — MIT News asked several of the Institute’s experts on this vital issue to evaluate the pact and its larger implications.

Francis Gavin is the Frank Stanton Professor in Nuclear Security Policy Studies in MIT’s Department of Political Science, and author of the book, “Nuclear Statecraft: History and Strategy in America’s Atomic Age,” published in 2012 by Cornell University Press.

I think the deal is a good one, both for the U.S. and the international community, and I have been puzzled by the concerns of the critics. Oftentimes, the sign of a good deal is when both sides are at least a little bit unhappy, which is certainly the case here. Good diplomacy is rarely a one-way street, and when assessing the deal, people should bear in mind that the alternatives to not having a deal were unappealing.

It was unlikely the coalition supporting sanctions could have been kept together indefinitely to maintain pressure on Iran, and there was little appetite either domestically or internationally to use force to disable Iran’s nuclear program. This deal severely limits Iran’s nuclear activities and makes [Iran] building a weapon in over the next 15 years very unlikely. Counterfactuals are tricky, but it is far easier for me to imagine an Iran with nuclear weapons in the absence of this agreement.

One of the things people commenting on this deal forget is that convincing a state to forego a weapon — especially one that can provide for its security — is very difficult. The U.S. has vigorously pursued nuclear nonproliferation since the start of the nuclear age, but has always understood that it is often a herculean task, requiring carrots (promises of protection, aid, alliances) and sticks (threats of coercion, even force). We have spent enormous effort convincing friends (Germany, Japan, South Korea, Italy, Sweden), enemies, and countries in between to eschew nuclear weapons, because that is in our national interest.

But we also know there is no 100 percent foolproof policy to convince insecure states to forego a powerful technology that provides them with both security and prestige. We must view the deal with Iran through a lens that understands the long and complicated history of nuclear proliferation and nonproliferation, the costs and tradeoffs required to successfully implement it, while recognizing the interests and views of other players, especially the potential proliferant. Viewing the deal through such a lens — and not through the polarized, politicized environment it is being debated in — reveals how impressive it is.

Scott Kemp is an assistant professor of nuclear science and engineering; he has published numerous scholarly articles about nuclear technology and nonproliferation policy, and has worked as a science advisor to the U.S. State Department.

While the Iran deal is imperfect, it is also full of opportunity. The technical provisions of the agreement constrain the nuclear program to such an extent that Iran could not plausibly use it to make a nuclear weapon at any time during the next decade without being stopped by the international community. This is an important outcome.

One could imagine a deal that did more, but it’s not clear that more could be had, and it is safe to say the deal on offer is better than any plausible no-deal alternative. The mere continuation of sanctions would not have reduced Iran’s technical ability or political motivations to acquire nuclear weapons. At the same time, the deal permits a large research program such that in 15 years, Iran’s nuclear ambitions will be essentially unstoppable.

In essence, the deal provides a window of opportunity to address the underlying political enmity. It is up to the United States, and especially the next administration, to take advantage of this opportunity. We must reshape security politics in the Middle East by creating relationships to ensure that neither Iran nor its neighbors have strong incentives to acquire nuclear weapons.

That is a tall order, and a decade is not long, but if we succeed the deal will mark the start of a new era for international security. If we fail, the deal will have done nothing more than delay the inevitable, potentially allowing the risk of nuclear war to reach new heights.

Vipin Narang is an associate professor of political science and author of the book “Nuclear Strategy in the Modern Era,” published in 2014 by Princeton University Press.

The Iran nuclear deal effectively shuts Iran’s pathways to nuclear weapons while preserving its legal right to civilian nuclear energy. The deal substantially lengthens the time Iran would need to enrich enough uranium for nuclear weapons, putting eyes on the program to detect any activity toward overt weaponization and drastically increasing the chance of detecting any so-called secret “sneakout.”

Obviously, future verification and strict implementation of the agreement is critical, but my view is that this nuclear deal with Iran is about as good as it gets in nonproliferation policy for three reasons.

First, this is probably the best deal that the P5+1 [the U.S. and its negotiating allies] could have gotten to block the various pathways Iran could take to develop nuclear weapons. Although critics bemoan the fact that the United States conceded too much on, for example, uranium enrichment capacity, the reality is that there is almost nothing else the P5+1 could have pressed for that Iran would have likely accepted … on redesigning the Arak reactor’s core, reconfiguring and relocating centrifuges, or permanent bans on weapons-related work.

Second, this deal is better than no deal. A more stringent sanctions regime would have been virtually impossible to construct and sustain. Another alternative, military action, may not even set back Iran’s nuclear infrastructure as much as this deal, would cause thousands of fatalities, and would likely spur Iran to sprint for nuclear weapons.

Third, more broadly, rollback is an unrealistic objective and this deal, which pushes Iran to an inactive nuclear “hedge,” is still a huge win for nonproliferation policy. Given the rights granted Iran under the [Non-Proliferation Treaty of 1970], and Iran’s indigenous talent and capabilities, complete rollback is unrealistic. The goal of the deal should be more broadly viewed as a vehicle to keep Iran in this “hedging” category, providing mechanisms to detect moves toward active weaponization, and empowering the domestic constituencies that want to develop a moderate and engaged Iran that acts constructively in the region and globally. That is precisely what the deal does.

John Tirman is executive director and a principal research scientist at MIT’s Center for International Studies, and a co-editor of the book “U.S.-Iran Misperceptions: A Dialogue,” published by Bloomsbury Press in 2014.

The Iran nuclear accord has three legacies. The first is limiting Iran’s enrichment capacity. The second is bolstering moderates in Iran. The third is changing Iran’s relationship with the United States.

The last is most intriguing. It may be that other aspects of bilateral ties won’t change much; after all, most U.S. sanctions on Iran remain, and the history of enmity is strong. The American public, while approving the deal, abhors the Tehran regime.

The negotiations have established a new level of comity, however, and potential cooperation on other issues. Highest among those would be Syria, the vortex of violent instability in the region. It’s a bleeding sore for Iran, which supports Syrian strongman Bashar al-Assad. The civil war there promotes extremism of a kind — the Islamic State and others — which directly threatens Iran. As a result, the Kerry-Zarif talkfest might take up Syria, namely, the ouster of Assad but the preservation of the state, with inclusion of some from the opposition. Russia, Assad’s other patron, may also regard this favorably.

It would be doubly ironic if Iran helped douse the Middle East crisis ignited by the U.S. invasion of Iraq and Obama’s 2011 provocation that Assad must “step aside.” But that’s one illustration of why the nuclear deal is seismic: It has disrupted old habits of grievance and blame. In its aftermath, the diplomatic landscape has been transformed. The most immediate beneficiaries are none of the powers at the table in Vienna, but the brutalized peoples of the Middle East.

Jim Walsh is a research associate at MIT’s Security Studies Program and an expert on international security issues; he has written about the Iranian nuclear issue in many publications, including the New York Review of Books.

I’ve read all 159 pages of the deal, and I think it is arguably the most robust, intrusive, multilateral nonproliferation agreement ever negotiated. It’s stronger than the Nuclear Non-Proliferation Treaty, which turned out to be an incredible success, protecting us from the spread of nuclear weapons. It’s better than the agreement George W. Bush got with [Libya]. I was surprised.

Many of the features in this agreement are unprecedented. There is a dedicated procurement channel which would allow the U.S. and its partners to monitor the import of nuclear-related goods into Iran, which allows us a great vantage point to prevent any cheating. … Some of the provisions extend for 25 years, some for 15, and some are obligations Iran will have forever, for perpetuity. I think it’s an exceptionally strong agreement.

I think the supreme leader [Ali Khamenei] will see it’s in Iran’s self-interest to do this, if he wants to keep power. This is one of the ways for him to try to get Iran out of its international isolation. In the rest of the world, this agreement is not a controversial issue at all — Britain, France, Germany, our negotiating partners. It’s only in Tehran and Washington where you have hard-liners and lobbyists who are itching to try to kill the deal. … If Congress unilaterally kills this deal and therefore lets Iran off scot-free, it’s going to be hard to maintain any sanctions, and our ability to influence Iranian nuclear behavior dramatically plummets.