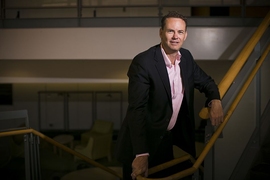 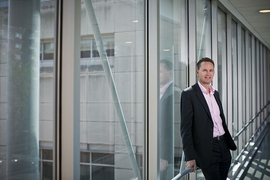 In the early 1960s, the United States had 350,000 military troops in West Germany. At a glance, this fact might not seem relevant to international monetary policy. But as Francis Gavin pointed out in a 2004 book on the subject, it mattered to U.S. policymakers: Dollars were being sent overseas and staying there.

Indeed, as Gavin asserted in that book, “Gold, Dollars, and Power,” four consecutive presidential administrations in the U.S., from Dwight Eisenhower’s through Richard Nixon’s, were “obsessed with trying to end the U.S. payments imbalance and gold outflow without jeopardizing America’s vast political and military commitments around the world.” This tension was a major reason the gold system got scrapped in 1971, in Gavin’s view.

This helps explain another thing that might not be obvious at a glance: how a scholar writing about monetary policy early in his career would evolve into a leading expert on nuclear weapons policy, as Gavin has. Earlier this year, he joined MIT (from the University of Texas at Austin) as the first Frank Stanton Professor in Nuclear Security Policy Studies. He has since written a second historically grounded book, “Nuclear Statecraft” (Cornell University Press, 2012), an analysis of nuclear weapons policy, as well as numerous articles on the subject.

“It turns out there was a security story in that,” he explains. In the 1950s and 1960s, as U.S. leaders start talking about troop reductions abroad, “they realize they can’t pull these troops back. Why can’t they? Well, because they’re serving a purpose: to reassure the West Germans, so they don’t develop their own nuclear weapons.” That scenario, from the U.S. point of view, could have been far more fraught than simply dealing with one opposing nuclear superpower.

In Gavin’s reassessment of the Cold War, then, economics and geopolitics are deeply intertwined: U.S. and Soviet leaders set nuclear and other military policies not so much through abstract game-theory maneuvers, but by constantly facing economic and military constraints. Moreover, Cold War statecraft was not a bilateral standoff, but a multilateral affair in which the superpowers were also trying to limit the nuclear capabilities of their allies. And only by thinking historically do we get this full picture, Gavin believes.

“You get a better sense of those constraints and risks by going into the historical documents,” Gavin says. “It doesn’t look the way some of the models would show you it looks.” He adds: “There is no replacement for a deep, substantive knowledge of a particular country, a time, a language, a culture, the larger historical forces.”

Indeed, the newest faculty member in MIT’s Department of Political Science and its Security Studies Program is actually a historian by training — albeit one who embraces multiple disciplines at once. Gavin received his BA in political science from the University of Chicago, but his graduate degrees, from Oxford University and the University of Pennsylvania, are in history.

Gavin’s road to success started, as many do, with close scholarly mentorship. At Chicago he studied with the prominent political scientist John Mearsheimer, who was, Gavin says, “The first professor I got to know up close. And he’s been a role model my whole life, just seeing how hard he worked, how smart he was, how passionate he was about ideas.”

Gavin might have been inclined to continue within political science, except for world events: The Berlin Wall fell and the Soviet Union’s hold over Eastern Europe shattered. To better grasp those changes, Gavin felt he needed to learn more history.

“I graduated in 1988, and then 1989 happened, and the world turned upside down,” Gavin says. “It was kind of like ‘The Wizard of Oz,’ when it goes from black and white to color. And everything we’d assumed changed in the most amazing and dramatic ways. I wanted to learn more about that.”

So Gavin moved away from the political models he had learned — for a while, anyway — and began studying Cold War history, working with the scholar Marc Trachtenberg at Penn.

“My whole career has been trying to marry the deep, substantive, specific knowledge that I’ve tried to learn as a historian with the powerful analytical tools that social scientists develop,” Gavin explains, adding: “I have extraordinary respect for both disciplines.”

Moving into the public sphere

As Gavin continues to work on his own research, meanwhile, he has taken a keen interest in engaging with policymakers and global leaders, and impressing the uses of history upon them, too. History, as Gavin sees it, does not offer easy lessons from the past that can be plugged into present-day questions; rather, it demands rigorous critical thinking that lets us think about the constellation of forces at work when politics or society shifts.

“There are a lot of people who say: ‘Does history provide lessons?’” Gavin observes. “I want to be very cautious about saying you can mine the past for specific lessons.”

Instead, he adds, “It’s a way of thinking about things and understanding causality and change over time and developing a sensibility. Social scientists hate terms like ‘sensibility,’ but I can’t think of a better one for understanding things like unintended consequences. Having a deep historical sensibility gives you a sensitivity to those sorts of things.”

As part of this outreach, Gavin helped lead the Next Generation Project, centered at Columbia University, which connected scholars and policymakers, including some from the current administration, in dialogue about global policy. One aim, Gavin says, has been to let politicians see “how applied history can be used to help make us better understand international relations and make better policy decisions.”

In the meantime, Gavin’s scholarly research continues apace. He has been producing new papers about contemporary nuclear policy — and emphasizing the ways U.S. policy priorities have remained surprisingly intact over the decades.

“The U.S. [has] always used its alliances not just to protect its friends, but to suppress its friends’ desires to get nuclear weapons,” Gavin says. Recognizing that this remains true, he thinks, “explains a lot of continuities between the Cold War and post-Cold War eras.”

And for all his diverse disciplinary interests, Gavin is sure he is now in the right institutional location for his work: Moving to MIT, he says, represents a kind of intellectual homecoming, since his colleagues include historically engaged political scientists like Stephen Van Evera.

“I consider MIT really the premier place to study these things, and it’s like a dream come true,” Gavin says. “The graduate students are amazing, the faculty are incredible. … I couldn’t imagine a better place.”