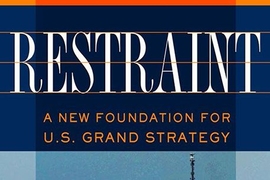 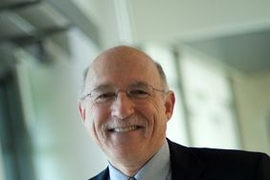 The ongoing turmoil in Iraq has prompted calls for a renewal of U.S. military action in that country, as well as criticism from those who want to avoid further military commitment there.

Among the dissenters: Barry Posen, an MIT political scientist who has become an increasingly vocal critic of what he sees as excessive hawkishness in U.S. foreign policy.

Posen believes that U.S. long-term strategy relies too heavily on a bipartisan commitment to military activism in order to pursue the goal of spreading liberal democracy — what he calls the “liberal hegemony project” that dominates Washington.

After years of war in Iraq and Afghanistan without lasting stability to show for it, Posen says, it is time to use U.S. military power more judiciously, with a narrower range of goals.

Liberal hegemony “has performed poorly in securing the United States over the last two decades, and given ongoing changes in the world it will perform less and less well,” Posen writes in a new book, “Restraint: A New Foundation for U.S. Grand Strategy,” published this month by Cornell University Press. “The strategy has been costly, wasteful, and counterproductive.”

Iraq and Afghanistan have been problematic not because of bad luck or bad decisions, Posen asserts, but because such interventions are extremely unlikely to create sustainably peaceful polities of the sort that foreign-policy activists envisioned.

“I think they’re mistakes that are inherent to the [liberal hegemony] project,” contends Posen, the Ford International Professor of Political Science and director of MIT’s Security Studies Program.

In Posen’s view, the U.S. has three main international tasks that should inform the country’s grand strategy in foreign affairs and military deployment.

First, Posen thinks it is almost inevitable that the U.S. and other large countries will seek a geopolitical balance of power, a policy he regards as having centuries of precedent.

“Other states will balance against the largest state in the system,” he says. In this view, the U.S. does need to maintain an active and well-honed military. But a theme of “Restraint” is that U.S. foreign policy starts from a position of strength, not weakness: As an economically powerful, nuclear-equipped country screened by vast oceans, Posen believes, the U.S. naturally has an extremely strong hand in international affairs, which it only weakens with wars such as the one in Iraq.

“It’s very hard for anybody to generate enough power to really affect us, but it’s an experiment that we’ve never wanted to run historically, and I don’t really want to run it,” says Posen — who therefore thinks the U.S. should, when necessary, act to block the rise of a hegemonic power in Eurasia.

Third, in a related point, Posen contends that the U.S. needs to be active in limiting the capabilities of terrorist groups, using “a mix of defensive and offensive means,” as he writes in the book. At its most severe, that risk involves terrorists obtaining nuclear arms. Posen recommends a mix of intelligence and counterterrorism activities as starting points for a sustained effort to reduce the potency of terror groups.

“Restraint” has received praise from other foreign-policy scholars. Andrew Bacevich, a political scientist at Boston University, calls it a “splendid achievement,” and says that Posen “illuminates the path back toward good sense and sobriety.” Richard K. Betts, of Columbia University, calls it “a realistic alternative to American overstretch.”

Still, Posen acknowledges that calls for more selective use of U.S. force face an uphill battle in Washington.

“The vast tracts of the American foreign policy debate are populated with people of both parties who actually agree on most things,” Posen says. “They all agree on the liberal hegemony project.”

He wrote the book, he says, in part to see if it were possible to craft an alternative approach in the realm of grand-strategy thinking, and then to see how much traction such a view would receive. “A coherent alternative … is a tool of change,” Posen says. “Even if you can’t win, you force the other side to think, explain, defend, and hold them to account.”

Finally, Posen thinks popular opinion has turned against military interventions in a way that was not the case a decade ago, when the Iraq war was more widely regarded as a success.

“Presently public opinion is strikingly disenchanted with this grand strategy,” Posen says. “There is a body politic out there that is much less hospitable to the liberal hegemony project than it’s been.”

Posen ascribes this less to a generalized war-weariness among the American people than to an increasing lack of public confidence in the idea that these wars have created tangible gains. Too many claims of success, he says, have created a new “credibility gap,” using a phrase that originated during the Vietnam War.

“We treated [the public] to tale after tale of success, victory, progress, and none of it seems to add up, after more than a decade,” Posen says. “This is interminable, and it’s not credible. I think we’re back in the days of the credibility gap.”

In a piece for The Financial Times about the Eurozone economies, John Plender writes about Professor Barry Posen’s argument in his new book “Restraint: A New Foundation for U.S. Grand Strategy” for cutting U.S. defense spending.

In a segment about America’s renewed involvement in Iraq on NPR’s On Point, Professor Barry Posen speaks about his new book “Restraint: A New Foundation for U.S. Grand Strategy.” Posen argues that the United States should rethink its foreign policy and exercise a more conservative military approach in Iraq.