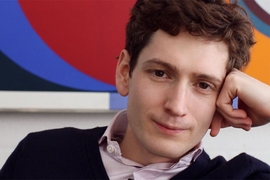 What is the best way to prevent countries from acquiring nuclear weapons? The vast majority of nonproliferation efforts attempt to control access to sensitive technologies. However, a new study by Scott Kemp, an assistant professor in MIT’s Department of Nuclear Science and Engineering, suggests that this approach might not be working. In an article published tomorrow in the journal International Security, Kemp examines the history of the most common proliferation technology — the gas centrifuge, used to extract a weapon-suitable isotope of uranium from a larger supply of that element — and finds that existing nonproliferation policies would not have stopped historical instances of its development. Kemp, a former science advisor for nonproliferation in the U.S. State Department, argues that governments need to reinvent how they look at nuclear proliferation in the modern age, turning their attention to the security threats and status symbols that motivate states to seek nuclear weapons in the first place. He talked with MIT News recently.

Q. Why should nuclear nonproliferation efforts no longer focus on the technological hurdles to weapons production?

A. The study looks primarily at the gas centrifuge, which has become the proliferation technology of choice. We studied the history of 21 centrifuge programs; interviewed program technical directors from nearly a dozen nations, including Pakistan and Iran; and studied the technology requirements behind the centrifuge itself. We concluded that while technology was once a barrier, that barrier slowly disappeared in the 1970s and 1980s, and today there is really no way to stop countries from producing centrifuges suitable for making nuclear weapons.

This is a very different conclusion than the premise upon which the United States built its nonproliferation policies back in the 1950s. The engineering and manufacturing tools needed for proliferation were state of the art back then, but modern technology has moved well beyond those requirements, and what was once difficult is now surprisingly easy.

There is still a hard part, however: States must know how to run a research and development program. History shows one or two instances — namely Libya, and possibly Iraq — where the state seems to have been limited by its internal political, bureaucratic, and cultural institutions. These will remain important barriers for a small subset of future proliferators, and in this respect technology barriers can help exacerbate those internal limitations.

Q. What kind of approach to nonproliferation do you recommend?

A. My conclusion is that we need to get past the idea that we can control the destiny of nations by regulating access to technology. International security must ultimately resort to the difficult business of politics. To the extent that states seek nuclear weapons because of security threats, we will have to work to mitigate those threats.

Then there are also examples in history where states were motivated to acquire nuclear weapons because of their symbolism and status. This situation is more difficult. We will have to consider the possibility of strengthening normative barriers to the acquisition of nuclear weapons: in other words, establishing social factors that increase the chances a leader will be vilified, instead of worshipped, for seeking nuclear weapons.

Fortunately, there is useful precedence for normative barriers in the areas of biological and chemical weapons. While a very small number of dictators have built chemical weapons in the past, these states were universally shunned by the international community and ultimately suffered regime collapse, leaving few states interested in attempting a repeat. It should be possible to build a similar normative barrier for nuclear weapons as well, although it will take time and a serious look at the utility of our own nuclear arsenal.

Q. Your article lists more than a dozen countries that developed centrifuge technology independently. Many of them, such as Italy and Sweden, never took the further step of building nuclear weapons. Why have some countries stopped short of building actual weapons?

A. In fact, most countries have stopped short. They seem to be satisfied having only the capability to build nuclear weapons, just in case they need them at a future time. However, even though these states are weapon-capable, this situation is highly preferable to one in which states possess nuclear arsenals under active military control.

The self-restraint of states is perhaps best explained by the character of modern international relations. Many countries enjoy strong economic and security ties with nonproliferation advocates, like the United States. Faced with the decision of acquiring a nuclear weapon, especially absent of any real security threat, versus enjoying strong economic and political ties with the international community, most states likely judge the latter to be more attractive.

Norms play a role, too. The international community universally condemned nuclear weapons at the end of World War II. Most people don’t remember this, but the first United Nations General Assembly Resolution called for the abolition of all nuclear weapons. Nearly all nations have further codified their willingness to forgo or abolish weapons by signing the Nonproliferation Treaty of 1970, and many continue to believe that forgoing nuclear weapons is an important element of responsible global citizenship.

The difficult cases are those states that have limited relationships with the international community, like North Korea; the pariah states that feel they have made enemies of the superpowers, like Iran; and states for which their existence is at stake. The U.S. facilitation of the Arab Spring rebellions, and the situation in the Ukraine, are examples of extremely worrisome events that could encourage states to rethink the value of nuclear weapons. If we want to avoid a highly proliferated world — one where devastating nuclear war might break out and possibly result in a global environmental catastrophe for us all — then in my view the United States will have to be more sensitive to these political dynamics. Half-century-old technology controls cannot possibly hold up forever.