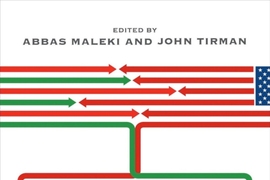 The U.S. and Iran have had a largely antagonistic relationship since the Iranian Revolution of 1979. Could that be changing? In January, Iran and a U.S.-led group of six global powers agreed to an interim six-month deal that freezes Iran’s nuclear weapons program, in exchange for the lifting of some economic sanctions. The progress on the issue indicates that U.S.-Iran difficulties are not wholly intractable, suggests John Tirman, a principal research scientist and executive director of MIT’s Center for International Studies. Tirman is the co-editor of a new book on the subject, “U.S.-Iran Misperceptions: A Dialogue,” just published by Bloomsbury Press, which features essays by scholars and policymakers from both countries. Tirman recently talked with MIT News about the topic.

Q. What are the main misperceptions on both sides of the U.S.-Iran relationship?

A. Well, there are so many. On the Iranian side, it’s their belief that the U.S. has been out to get them for 60 years. It’s not without some foundation, but it’s exaggerated. One of the things that I think is important to understand about the U.S.-Iran relationship is that for Iran, the U.S. really is the dominant nation in their foreign policy. This Iranian sense of foreigners meddling to harm the nation is extremely strong. That’s the strongest misperception on the part of Iran.

On the United States side … I think the perception of Iran — and we looked very closely at polling in the United States over a period of time from the beginning of the 1980s — has been pretty consistent. The American public views Iran as unreliable, irrational, out to cause trouble, wanting a nuclear weapon, and being hostile to Israel. Some of those things are true. And those two sets of perceptions are very much alive today.

Q. If there are so many misunderstandings between these two nations, then what are some of the potential substantive areas of agreement that may be undervalued right now?

A. It’s been said by many people, not just me, that the United States and Iran have many overlapping interests on which they could find agreement. Part of it is just an interest in bringing stability to the region. It’s the Arab states and Afghanistan and Turkey that are really in flux. The interesting thing about Iran during the period of the Islamic Republic is that is has generally not been expansionist … it has an interest in asserting its regional power, but it has for the most part shown an interest in stability. And we should encourage that. One way to encourage that is to come with some sort of agreement on diplomatic relations, and then to get the nuclear deal done, which I think is quite feasible. And of course to lower the rhetoric about Israel, which I think they’ve been doing. All these things are important to the U.S.

Q. The U.S. and other countries want to inhibit Iran’s capacity to produce nuclear weapons; in return, they might lift economic sanctions. We’ve just had an interim deal on this. What needs to happen for a permanent agreement to be reached?

A. First of all, where we are today compared to a year ago is like night and day. It’s easy for people to forget that the change has been remarkable. You can see the change in just the simple fact that the U.S. and Iran can talk any day, and do often, and we have the interim agreement. The talks are constructive; they’re not just hurling insults at each other, for the first time in 35 years.

That’s the result of the Iranian election, but it’s also the result of the choices [Iranian President Hassan] Rouhani has made. He’s very knowledgeable about international affairs, was a nuclear negotiator, and chose, in my opinion, the best possible person to be foreign minister, Mohammad Javad Zarif, who was educated in the U.S. He knows America, and one of the things that’s really different is not just ideology, it’s familiarity. Zarif understands the American political system, and previous Iranian leaders didn’t have that feel. When [members of Congress] blast away at Iran, Zarif, I assume, understands when that’s old-fashioned pandering to a domestic constituency. [Iranian politicians] do the same thing; we just don’t read about it that much. But that kind of thing used to be misinterpreted. So that’s a huge change.

The agreement itself, and the apparent sincerity and determination of the Iranians to make it work, are good signs. And I give [John] Kerry a lot of credit; he’s been indefatigable as secretary of state. He’s lucky he got Zarif as his counterpart, but luck has to be converted into something — and he has done that. One of the things Kerry and [President Barack Obama] have done well is to address some of the difficult areas on enrichment. They did that in the interim agreement, and they’re going to have to do it again and sell it to Congress.

The outlines of the deal have always been apparent. The U.S. wants to stop [Iran] from enriching uranium to 20 percent, because that’s the launching pad, so to speak, to get to breakout capability [to produce weapons] — and to get Iran to walk back a couple of other pathways to weaponization, and be very transparent about it. So it’s a matter of making that more permanent in the comprehensive agreement and working out areas that have been left hazy.

The hard part is going to be getting Congress to lift the economic sanctions. There are some, apparently, [that Obama] can suspend, but there are some that Congress has got to change, and that’s going to be very hard. A comprehensive agreement has to be written with stages in mind: Iran does X, we verify, until confidence is built and a case can be made to lift the sanctions. Whether Iran can swallow that timeframe is one of the big questions. But we’re moving in the right direction.