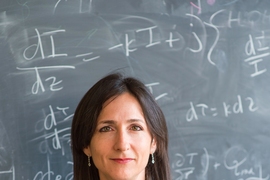 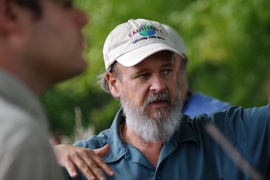 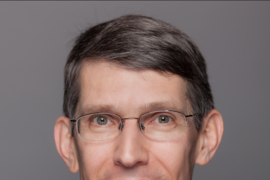 ↓ Download Image
Credits: Photo courtesy of the Department of Economics 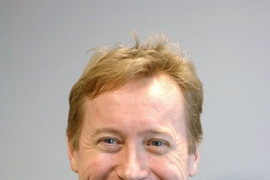 Four professors from MIT have been elected to the National Academy of Sciences (NAS), a significant honor for scholars based on “distinguished and continuing achievements in original research” throughout their careers.

The quartet of MIT professors were among 84 new members and 21 new foreign associates, from 15 countries, elected to the NAS. Membership in the NAS is one of the most significant honors given to academic researchers.

In his work as a geologist, Bowring has unearthed new insights about multiple large-scale issues, including the early history of the Earth. He discovered the world’s oldest recognized rocks and used them to develop the theory that the separation of the Earth’s layers occurred earlier than previously believed. Frequently working in North America, Bowring has also done extensive work on the historical rates of geological processes. He has also developed geochemical methods of analyzing the extent of human inputs — such as acid rain — into the environment.

Bowring earned his PhD from the University of Kansas in 1985, and received the 2010 N.L. Bowen Award from the American Geophysical Union. He was elected a fellow of the American Academy of Arts and Sciences in 2013, and was named a MacVicar Faculty Fellow, an MIT designation recognizing excellence in teaching, in 2006.

The research of Mrowka, who was named head of MIT’s Department of Mathematics in December, involves analysis, geometry, and topology, and has advanced our understanding of four-dimensional spacetime topology. He has also resolved questions about the characteristics of knots, among other complex structures.

Mrowka received his undergraduate degree from MIT in 1983, and his PhD from the University of California at Berkeley in 1988. He has been on the MIT faculty since 1996. Mrowka was awarded a Guggenheim Fellowship in 2010, and was elected a fellow of the American Academy of Arts and Sciences in 2007. He shared the 2007 Oswald Veblen Prize in Geometry, which is given every three years, with Harvard University’s Peter Kronheimer for their “contributions to both three- and four-dimensional topology through the development of deep analytical techniques and applications.”

Poterba is a leading scholar of public finance whose work has illuminated many aspects of tax policy since the early 1980s, including its relationship to the economic decision-making of both firms and households. Over the last two decades, he has also conducted a significant number of studies in the area of retirement finance.

Poterba holds an AB from Harvard University and a PhD from Oxford University. He is president of the National Bureau of Economic Research, located in Cambridge, Massachusetts, and a past chair of MIT’s Department of Economics. Poterba is a fellow of the American Academy of Arts and Sciences, and, last fall, was awarded the Daniel M. Holland Medal from the National Tax Association in honor of his contributions to the field of public finance.

A specialist in exoplanets, Seager has made new discoveries and helped develop new methods of conducting research in space. Her work led to the initial discovery of an exoplanet with an atmosphere; she has also done extensive theoretical research on exoplanet atmospheres. Seager has helped develop “nanosatellites” for space research, and is a co-investigator on TESS, an MIT-directed NASA mission that is scheduled to launch in 2017.

Tomasz Mrowka named head of the Department of Mathematics