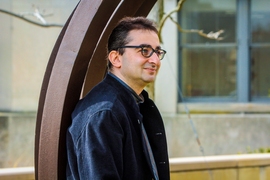 Public funding of biomedical research totals more than $30 billion annually. Does it pay off? A new study co-authored by MIT’s Pierre Azoulay, the Sloan Distinguished Professor of Management, finds that it does, in spades: Every $1 in public funding of the National Institutes of Health (NIH), the study finds, yields roughly $2 in private-sector pharmaceutical drug sales. That doesn’t even include basic research that paves the way for more drug-specific studies, notes Azoulay, who has written a new working paper on the subject, along with scholars Joshua Graff Zivin, Danielle Li, and Bhaven N. Sampat. MIT News sat down with Azoulay to discuss the results.

Q. What is your bottom-line finding about the results of NIH-funded biomedical research?

A. What we find is that there are significant downstream spillovers coming from publicly funded biomedical research. The magnitude is that roughly every three grants of average size in the average research area yield one patent, and for $1 of public funds, there are roughly $2 of private-sector pharmaceutical drug sales, on average. Admittedly, calculating the average is very tricky in the pharmaceutical industry, because sales are driven by a relatively small group of blockbuster drugs.

Policymakers have long been focused on technology transfer from academia to the private sector, and in the biopharmaceutical industry, it is hard to imagine this happening in the complete absence of patents. Yet it’s really important to remember that the NIH conducts a lot of useful research that we would not expect to lead to patents, but which has immense societal benefits.

Take the Framingham Heart Study [a decades-long study supported by the NIH], which documented that lowering … bad cholesterol is really important in lowering cardiovascular mortality. That’s a tremendously important result, since it enables drug companies to design much faster trials using these surrogate markers. But the patents for the cholesterol-lowering drugs might not refer to this foundational piece of clinical research. Essentially, our results provide a lower bound for what we can expect from the returns to public investment in biomedical research.

Q. How does your new study arrive at these conclusions?

For most important marketed drugs, if you run the history backward, you will find NIH-funded researchers playing an important role. But the same is true for drug candidates that ended up being expensive failures. So if you are serious about calculating the returns coming from public investment in research, you should not start from the end of the process. You should try to follow a prospective approach, although there are two ways in which it’s complicated to do this.

The first way is a longitudinal dimension, that the lag time can be very long as research goes from the bench to the bedside, or from the academic research to the marketplace — 20 years is not uncommon. The other complication is that a lot of NIH funding is not substantially linked to any disease; it supports a wealth of untargeted research.

It took a lot of work for our team to link the patents to the publications, which involves examining the text of each patent. There is a lot of elbow grease involved, in order to generate a link between a patent number and a publication number in PubMed [the major biomedical publication database].

Q. What is the policy upshot of the study, then?

A. It does give, I think, much sounder footing to, say, the NIH director, in arguing at least against funding cuts, because that’s what we have now. Funding is being cut in real terms, even though it’s roughly flat in nominal terms. This [research represents] the lower bound — and it’s most likely a very low bound — on the returns we can expect. So I think you could reasonably argue it’s a bad idea to cut research funding in real terms.