Analyzing graduate student placements in philosophy, the influential Leiter Reports puts MIT second only to New York University, whose philosophy program is nearly twice as large. Because obtaining a faculty position in philosophy is notoriously difficult — there are often 700 applicants for every appointment — many are wondering: what is the secret of MIT Philosophy's outsized success?

What is the secret?

"MIT has a very cooperative, friendly and very philosophically engaged environment," says alumna Elizabeth Harman PhD '03, an associate professor of philosophy at Princeton University. "Let's all roll up our sleeves and solve these problems together. That was the attitude faculty had, and students had it too."

"MIT the institution has a distinctive consciousness," says Jason Stanley PhD '95, a professor of philosophy at Rutgers University. "Philosophy has to be honest work, and that's very MIT."

"One thing that you see with successful grad programs is that they're agenda-setting," Stanley says. "Clusters of papers will come out of a group of grad programs — that has happened at MIT several times."

"A lot of us [MIT graduate students] wrote about each other's work because we grew up criticizing each other's works. In our generation there were certain topics that were discussed a lot, that we all talked about incessantly with each other, that resulted in a host of papers," Stanley says. 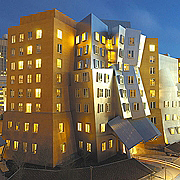 Collaboration is also common. Stanley teamed up with one of his classmates — Szabó, now a professor of philosophy and linguistics at Yale — to write "On Quantifier Domain Restriction," a paper published in Mind & Language in 2000. And, Tyler Doggett PhD '04 (an assistant professor at the University of Vermont) and classmate Andy Egan PhD '04 (an associate professor at Rutgers) co-authored "How We Feel About Terrible, Non-Existent Mafiosi" in Philosophy and Phenomenological Research in 2011.

"The thing about MIT is that you show up there and people are talking philosophy in the halls all the time," says Selim Berker PhD '07, an assistant professor of philosophy at Harvard University.

Alumni and faculty agree that collaboration is part of the culture at MIT; students frequently share and discuss their work, organize reading groups and run colloquia together — something that is not true everywhere. "In other places people are terrified to show papers to someone unless they are totally polished," Berker says. "At MIT, there has just developed this sense of camaraderie."

The size of MIT's department may be one of its advantages, Holton says. "We're a small, very cohesive department. The graduate students form a real community here, and the faculty form a community, and the result is that people are taken better care of."

MIT also fosters cohesion by focusing on specific areas of scholarship. Metaphysics, philosophy of language and epistemology are MIT's core areas, but the section is also strong in feminist philosophy.

Indeed, women are better represented in MIT's Philosophy section than they are in the field as a whole, which remains a male bastion. There are three women on the active faculty at MIT, and Professor Emerita Judith Jarvis Thomson is among the Institute's most famous philosophers — facts not lost on Harman, who says she was delighted to find the program so welcoming to women.

"One thing that is really special about MIT is the wonderful atmosphere it provides for women philosophy students. It was a really serious environment but there was no hostile competitiveness," she says.

Holton notes that each cohort of graduate students is deliberately brought together through the department's Proseminar in Philosophy, an intensive course in the foundations of analytic philosophy that has been widely copied by other universities. "More than anything [the proseminar is] the thing that builds the community. By the end of the year they are used to being an active part of their group," Holton says.

A requirement for all first-year graduate students, the proseminar meets twice a week in three-hour sessions. Participants regularly prepare presentations and lead class discussions on a demanding schedule that drills them in research, writing, and teaching — skills they will need for careers as academics.

"Six hours a week writing and regularly presenting made you better at defending ideas verbally, which is key to philosophy," Stanley says.

The proseminar also immerses new graduate students in MIT's meritocratic culture. "The ethos of the MIT department was that you treat your grad students as equals. An argument doesn't rest on the authority of who gives it; everyone is an intellectual peer in the seminar room," Stanley says. "To quote Judy Thomson, 'You don't bring your CV into a philosophy discussion.'"

Sharing ideas and critiquing each other's work ultimately enables everyone in the department to grow. "All the grad students know what all the other grad students are working on, and I think they learn at least as much from each other as they do from us," Holton says.

Although MIT's program is relatively young — founded in the 1960s — today no one in the field doubts it is among the finest philosophy departments in the world. "When I was deciding to go to MIT there were people who were surprised," Harman says. "Nowadays, everyone knows that MIT does a phenomenal job."

The bottom line, as Stanley says, is: "MIT helped me become a good philosopher."