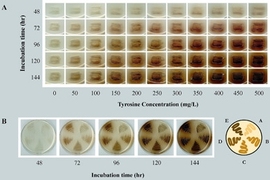 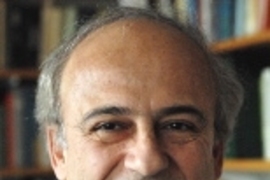 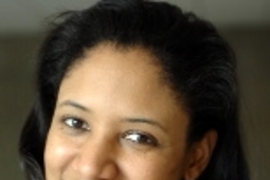 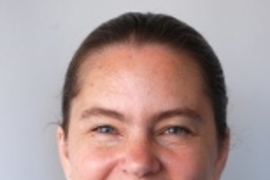 In the search for answers to the planet's biggest challenges, some MIT researchers are turning to its tiniest organisms: bacteria.

The idea of exploiting microbial products is not new: Humans have long enlisted bacteria and yeast to make bread, wine and cheese, and more recently discovered antibiotics that help fight disease. Now, researchers in the growing field of metabolic engineering are trying to manipulate bacteria's unique abilities to help generate energy and clean up Earth's atmosphere.

"We're trying to ask what kinds of things should we be trying to make, and looking for potential routes in nature to make them," says Prather, the Joseph R. Mares (1924) Assistant Professor of Chemical Engineering.

She and Gregory Stephanopoulos, the W.H. Dow Professor of Chemical Engineering at MIT, are trying to create bacteria that make biofuels and other compounds more efficiently, while chemistry professor Catherine Drennan hopes bacteria can one day help soak up pollutants such as carbon monoxide and carbon dioxide from the Earth's atmosphere.

Found in nearly every habitat on Earth, bacteria are chemical powerhouses. Some synthesize compounds useful to humans, such as biofuels, plastics and drugs, while others break down atmospheric pollutants. Most rely on carbon compounds as an energy source, but species differ widely in their exact metabolic processes.

Metabolic engineers are learning to take advantage of those processes, and one area of intense focus is biofuel production. At MIT, Prather is developing bacteria that can manufacture fuels such as butanol and pentanol from agricultural byproducts, and Stephanopoulos is trying to make better microbial producers of biofuels by improving their tolerance to the toxicity of the feedstocks they ferment and products they make.

The recent spike in oil prices and growing greenhouse-gas emissions have catalyzed the push to find better pathways to produce biofuels and other chemicals such as bioplastics. "You see a visible boost when you have a crisis linked to energy problems," says Stephanopoulos.

Manufacturing plastics and textiles using bacteria can be far less energy-intensive than traditional industrial processes, because most industrial chemical reactions require high temperatures and pressures (which require a great deal of energy to create). Bacteria, on the other hand, normally thrive around 30 degrees Celsius and at atmospheric pressure.

Prather is also working on bacteria that transform glucose and other simple starting materials into compounds that can be used to make biodegradable plastics such as PHA (polyhydroxyalkanoate). In Stephanopoulos' laboratory, researchers are developing new ways to produce biodiesel, plus other compounds including the amino acid tyrosine, a building block for drugs and food additives; biopolymers and hyaluronic acid, a natural joint lubricant that can be used to treat arthritis.

Both labs collaborate in a project to engineer the isoprenoid pathway in yeast and bacteria, which is responsible for the biosynthesis of many important pharmaceutical compounds. The two labs are investigating methods to make different compounds with higher activity as well as improving productivity.

Microbes express a huge range of metabolic pathways, offering great opportunities but also challenges. "Biology has a lot of diversity that's untapped and undiscovered, but the flip side is that it's hard to engineer in precise ways," says Prather. "Nature has evolved to do what it does, and to get it to do something different is a nontrivial task."

Drennan is also looking to bacteria, but with a different goal in mind. Instead of using bacteria to build things, she's studying how they break things down -- specifically, carbon dioxide, carbon monoxide and other atmospheric pollutants.

Her microbes, found in a range of habitats including freshwater hot springs, absorb carbon dioxide and/or carbon monoxide and use them to produce energy. Such microbes remove an estimated one billion tons of carbon monoxide from Earth and its lower atmosphere every year.

"These bacteria are responsible for removing a lot of CO and CO2 from the environment," says Drennan, who is a Howard Hughes Medical Institute investigator. "Can we use this chemistry to do the same thing?"

To answer that question, Drennan and her students are using X-ray crystallography to decipher the structures of the metal-protein enzymes involved in the reactions, which they believe will allow them to figure out how the enzymes work. That understanding could lead to development of catalysts to lower carbon monoxide levels in heavily polluted areas.

"If you're going to borrow ideas from nature, the first step is to understand how nature works," she says.