Where Russia’s invasion of Ukraine stands 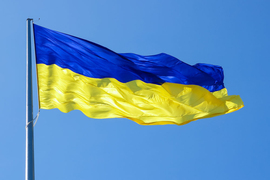 Editor’s note: Since this event was held on Oct. 7, Russia’s invasion of Ukraine has continued to evolve, including airstrikes on Ukrainian cities following an explosion that damaged a key bridge linking Russia to Crimea.

More than seven months after Russia invaded Ukraine, the battlefield map has shown recent progress for Ukrainian forces — and yet, the war remains destructive within the country and perilous for the world, with few signs that a rapid end to the conflict is possible.

That was the conclusion of an MIT panel of experts on Ukraine and Russia held Friday, based on both Ukraine’s recent military success and a strong sense that Russian President Vladimir Putin is very reluctant to endure a public climbdown from his clear goal of controlling Ukraine.

“Is this war going to end any time soon? I don’t think so,” said Volodymyr Dubovyk, an associate professor of international relations and director of the Center for International Studies at Odesa I. I. Mechnikov National University in Ukraine.

He added: “Instead of actually quitting and saying, “Okay, we’re done, we’re quitting, let’s sit down and [find] some kind of a peaceful resolution, he [Putin] is doubling down. That’s the kind of person that he is. He’s made a lot of mistakes, he’s cornered, with no clear exit strategy for him or offramp … yet he is still hoping to be able to turn this around.”

Michael Kofman, a senior research scientist at the Center for Naval Analyses, and a fellow at the Kennan Institute of the Woodrow Wilson International Center in Washington, warned against complacency among Ukraine’s allies and supporters, now that Ukraine has been able to stand up to Russia in military terms.

“Ukraine has the initiative, and at this stage on the battlefield it also very much has the momentum,” Kofman said. “It’s been able to convert its advantage in manpower and morale, together with Western military substance, into much greater combat power. Ukraine has demonstrated the ability to conduct concurrent offensives on different fronts. … It’s much easier for the Ukrainian military to shift forces within Ukraine from one theater of operations to another, rather than it is for Russia to move units around, back and forth, to try to defend different areas.”

That said, Kofman added, “I also fear that too many people have begun to assume, because Ukraine is winning the war, that the war has already been won.”

Still, with Ukraine heavily dependent on military aid from its allies, Steven Simon, the Robert E. Wilhelm Fellow at the MIT Center for International Studies (CIS), pointed out that U.S. public sentiment has actually moved in favor of Ukraine support in recent months, as championed by U.S. President Joe Biden.

“Biden has the political wind at his back,” Simon said, noting that one poll last week showed 73 percent of Americans (albeit with a partisan split) agreeing that the U.S. should continue to support Ukraine, a number up since the summer. “From the administration’s perspective, there is a lot to like.”

The event, “An Update on Russia’s War with Ukraine,” was the latest Starr Forum, MIT’s regular event series on foreign policy, international relations, and global affairs, organized by CIS. This event was co-sponsored by CIS, the MIT Security Studies Program (SSP), and the MIT-Eurasia program in the MIT International Science and Technology Initiatives (MISTI).

The event’s moderators were Carol Saivetz, a senior advisor in SSP and an expert on Soviet and Russian foreign policy; and Elizabeth Wood, a professor of history at MIT, author of the 2016 book “Roots of Russia’s War in Ukraine,” and co-director of the MISTI MIT-Eurasia Program.

While the early months of the war saw significant Russian advances in multiple areas of Ukraine, the tide has turned since then. A recent Ukrainian counteroffensive in the country’s north has pushed Russian troops back across the border and has extended to provinces in the Donbas region, the site of much industrial activity. Over the last week, Ukraine has also taken back 150 square miles of land in the Kherson province in the country’s south.

Despite this progress — or perhaps because of it — the prospects for the war dragging on or escalating may have increased. Putin’s decision to mobilize more Russians through a military draft will bring additional personnel to the front, possibly lengthening the conflict.

“General mobilization, the added manpower could, potentially, extend the war,” Kofman said. However, he added, “Mobilization would have been a much more dangerous development in this war had it taken place in April,” when Russia was in a stronger position.

At the same time, a ground campaign going badly for Russia has heightened fears that it could resort to using some of its nuclear weapons in Ukraine. That might be an unlikely scenario in absolute terms, Kofman noted, but continued military losses might continue to raise the possibility.

“The risk of nuclear escalation is very real, [but] it’s not necessarily as high as I think it’s being portrayed publicly,” Kofman said. “It’s also not [necessarily true] that if Russia’s losing, Putin’s going to use nuclear weapons.”

At the same time, Simon noted, it is also unlikely that a coup or attempt at regime change in Russia would be prompted by the war, because of the way Putin has prevented other groups or elites within Russia from amassing capacity to act.

Ukraine is in a better situation than it appeared in the spring, and certainly in the very first days of the invasion, when it looked as if Ukraine’s democratic government led by president Volodymyr Zelensky, might not remain intact. Still, as Dubovyk emphasized, Ukraine very much remains in the throes of war, and needs continued aid in all forms — military and civilian — from allies.

“It is very difficult to deal with the ongoing onslaught,” Dubovyk said.

He added: “One thing that we would really not like to see is for people to lose interest [in] this war, and not to care about it any more, and not to have a sustained interest in helping Ukraine to withstand this pressure and aggression from Russia.”

What Russia’s invasion of Ukraine means for the world

Is an armed conflict imminent?