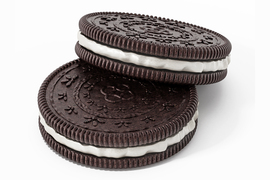 ↓ Download Image
Caption: Why does the cookie’s cream stick to just one wafer when twisted apart? MIT engineers pursue the answer.

Caption:
Why does the cookie’s cream stick to just one wafer when twisted apart? MIT engineers pursue the answer.

When you twist open an Oreo cookie to get to the creamy center, you’re mimicking a standard test in rheology — the study of how a non-Newtonian material flows when twisted, pressed, or otherwise stressed. MIT engineers have now subjected the sandwich cookie to rigorous materials tests to get to the center of a tantalizing question: Why does the cookie’s cream stick to just one wafer when twisted apart?

“There’s the fascinating problem of trying to get the cream to distribute evenly between the two wafers, which turns out to be really hard,” says Max Fan, an undergraduate in MIT’s Department of Mechanical Engineering.

In pursuit of an answer, the team subjected cookies to standard rheology tests in the lab and found that no matter the flavor or amount of stuffing, the cream at the center of an Oreo almost always sticks to one wafer when twisted open. Only for older boxes of cookies does the cream sometimes separate more evenly between both wafers.

The researchers also measured the torque required to twist open an Oreo, and found it to be similar to the torque required to turn a doorknob and about 1/10th what’s needed to twist open a bottlecap. The cream’s failure stress — i.e. the force per area required to get the cream to flow, or deform — is twice that of cream cheese and peanut butter, and about the same magnitude as mozzarella cheese. Judging from the cream’s response to stress, the team classifies its texture as “mushy,” rather than brittle, tough, or rubbery.

So, why does the cookie’s cream glom to one side rather than splitting evenly between both? The manufacturing process may be to blame.

“Videos of the manufacturing process show that they put the first wafer down, then dispense a ball of cream onto that wafer before putting the second wafer on top,” says Crystal Owens, an MIT mechanical engineering PhD candidate who studies the properties of complex fluids. “Apparently that little time delay may make the cream stick better to the first wafer.”

The team’s study isn’t simply a sweet diversion from bread-and-butter research; it’s also an opportunity to make the science of rheology accessible to others. To that end, the researchers have designed a 3D-printable “Oreometer” — a simple device that firmly grasps an Oreo cookie and uses pennies and rubber bands to control the twisting force that progressively twists the cookie open. Instructions for the tabletop device can be found here.

The new study, “On Oreology, the fracture and flow of ‘milk’s favorite cookie,’” appears today in Kitchen Flows, a special issue of the journal Physics of Fluids. It was conceived of early in the Covid-19 pandemic, when many scientists’ labs were closed or difficult to access. In addition to Owens and Fan, co-authors are mechanical engineering professors Gareth McKinley and A. John Hart.

A standard test in rheology places a fluid, slurry, or other flowable material onto the base of an instrument known as a rheometer. A parallel plate above the base can be lowered onto the test material. The plate is then twisted as sensors track the applied rotation and torque.

Owens, who regularly uses a laboratory rheometer to test fluid materials such as 3D-printable inks, couldn’t help noting a similarity with sandwich cookies. As she writes in the new study:

“Scientifically, sandwich cookies present a paradigmatic model of parallel plate rheometry in which a fluid sample, the cream, is held between two parallel plates, the wafers. When the wafers are counter-rotated, the cream deforms, flows, and ultimately fractures, leading to separation of the cookie into two pieces.”

While Oreo cream may not appear to possess fluid-like properties, it is considered a “yield stress fluid” — a soft solid when unperturbed that can start to flow under enough stress, the way toothpaste, frosting, certain cosmetics, and concrete do.

Curious as to whether others had explored the connection between Oreos and rheology, Owens found mention of a 2016 Princeton University study in which physicists first reported that indeed, when twisting Oreos by hand, the cream almost always came off on one wafer.

“We wanted to build on this to see what actually causes this effect and if we could control it if we mounted the Oreos carefully onto our rheometer,” she says. 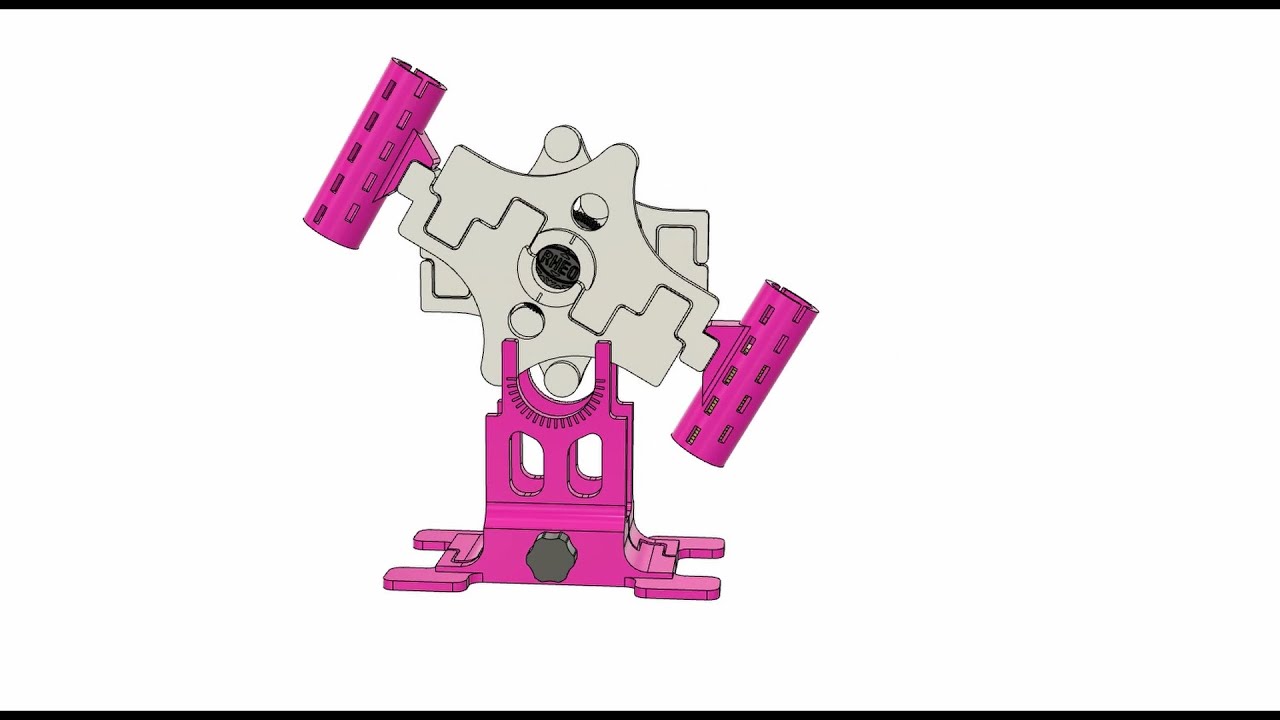 In an experiment that they would repeat for multiple cookies of various fillings and flavors, the researchers glued an Oreo to both the top and bottom plates of a rheometer and applied varying degrees of torque and angular rotation, noting the values  that successfully twisted each cookie apart. They plugged the measurements into equations to calculate the cream’s viscoelasticity, or flowability. For each experiment, they also noted the cream’s “post-mortem distribution,” or where the cream ended up after twisting open.

In all, the team went through about 20 boxes of Oreos, including regular, Double Stuf, and Mega Stuf levels of filling, and regular, dark chocolate, and “golden” wafer flavors. Surprisingly, they found that no matter the amount of cream filling or flavor, the cream almost always separated onto one wafer.

“We had expected an effect based on size,” Owens says. “If there was more cream between layers, it should be easier to deform. But that’s not actually the case.”

Curiously, when they mapped each cookie’s result to its original position in the box, they noticed the cream tended to stick to the inward-facing wafer: Cookies on the left side of the box twisted such that the cream ended up on the right wafer, whereas cookies on the right side separated with cream mostly on the left wafer. They suspect this box distribution may be a result of post-manufacturing environmental effects, such as heating or jostling that may cause cream to peel slightly away from the outer wafers, even before twisting.

The understanding gained from the properties of Oreo cream could potentially be applied to the design of other complex fluid materials.

“My 3D printing fluids are in the same class of materials as Oreo cream,” she says. “So, this new understanding can help me better design ink when I’m trying to print flexible electronics from a slurry of carbon nanotubes, because they deform in almost exactly the same way.”

As for the cookie itself, she suggests that if the inside of Oreo wafers were more textured, the cream might grip better onto both sides and split more evenly when twisted.

“As they are now, we found there’s no trick to twisting that would split the cream evenly,” Owens concludes.

This research was supported, in part, by the MIT UROP program and by the National Defense Science and Engineering Graduate Fellowship Program.

Researchers at MIT have created a 3D-printable Oreometer that uses twisting force to determine if it is possible to evenly split an Oreo cookie, reports Juandre for Popular Mechanics. “While studying the twisting motion, the engineers also discovered the torque required to successfully open an Oreo is about the same as what’s needed to turn a doorknob—a tenth of the torque required to open a bottle cap,” writes Juandre.

A group of MIT scientists led by PhD candidate Crystal Owens has developed an Oreometer, a device used to determine if it is possible to evenly split an Oreo cookie every time, reports Maria Jimenez Moya for USA Today. “One day, just doing experiments, and, all of a sudden we realized that this machine would be perfect for opening Oreos because it already has … the fluid in the center, and then these two discs are like the same geometry as an Oreo,” says Owens.

CNN reporter Madeline Holcombe spotlights a new study by MIT researchers exploring why the cream on Oreo cookies always sticks to one side when twisted open. Graduate student Crystal Owens explains that she hopes the research will inspire people "to investigate other puzzles in the kitchen in scientific ways. The best scientific research, even at MIT, is driven by curiosity to understand the world around us, when someone sees something weird or unknown and takes the time to think 'I wonder why that happens like that?'"

Graduate student Crystal Owens and her colleagues tested the possibility of separating the two wafers of an Oreo in a way that evenly splits the cream filling using a rheometer, an instrument that measures torque and viscosity of various substances, reports Becky Ferreira for Vice. “After twisting Oreos apart with the instruments, the team visually inspected the ratio of creme on each wafer and logged the findings. A number of variations on the experiment were also introduced, such as dipping the cookies in milk, changing the rotation rate of the rheometer, and testing different Oreo flavors and filling quantities,” writes Ferreira.

MIT researchers have developed an “Oreometer” to test the optimal way to split an Oreo cookie, an exercise in rheology, or the study of how matter flows, reports Isaac Shultz for Gizmodo. "Our favorite twist was rotating while pulling Oreos apart from one side, as a kind of peel-and-twist, which was the most reliable for getting a very clean break,” explains graduate student Crystal Owens.

Graduate student Crystal Owens speaks with Popular Science reporter Philip Kiefer about her work exploring why the cream filling of an Oreo cookie always sticks to one side. “It turns out there’s not really a trick to it,” Owens says. “Everything you try to do will get mostly a clean break.”