With new industry, a new era for cities 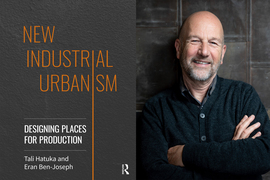 Kista Science City, just north of Stockholm, is Sweden’s version of Silicon Valley. Anchored by a few big firms and a university, it has become northern Europe’s main high-tech center, with housing mixed in so that people live and work in the same general area.

Around the globe, a similar pattern is visible in many urban locales. Near MIT, Kendall Square, once home to manufacturing, has become a biotechnology and information technology hub while growing as a residential destination. Hamburg, Germany, has redeveloped part of its famous port with new business, recreation, and housing. The industrial area of Jurong, in Singapore, now features commerce, residential construction, parks, and universities. Even Brooklyn’s once-declining Navy Yard has become a mixed-use waterfront area.

In place after place, cities have developed key neighborhoods by locating 21st-century firms near residential dwellings and street-level commerce. Instead of heavy industry pushing residents out of cities, advanced manufacturing and other smaller-scale forms of business are drawing people back in, and “re-shaping the relationships between cities, people, and industry,” as MIT Professor Eran Ben-Joseph puts it in a new book co-authored with Tali Hatuka.

The book, “New Industrial Urbanism: Designing Places for Production,” was published this week by Routledge, providing a broad overview of a major trend in city form, from two experts in the field. Ben-Joseph is the Class of 1922 Professor of Landscape Architecture and Urban Planning at MIT; Hatuka is a planner, architect, and professor of urban planning and head of the Laboratory of Contemporary Urban Design at Tel Aviv University.

“New Industrial Urbanism is a socio-spatial concept which calls for reassessing and re-shaping the relationships between cities, people, and industry,” the authors write in the book. “It suggests shaping cities with a renewed understanding that an urban location and setting give industry a competitive advantage,” stemming from access to a skilled labor force, universities, and the effects of clustering industry firms together.

As such, they add, “This concept calls for a [new] paradigm shift in the way we understand and address production in cities and regions.”

An opportunity to regenerate

In the book, Ben-Joseph and Hatuka place “new industrial urbanism” in contrast to earlier phases of city development. From about 1770 to 1880, in their outline, cities saw the emergence of heavy industry and smoke-spewing factories without much regard to planning.

Thus from about 1880 to 1970, some planners and architects began creating idealized forms for industrial cities and sometimes developed entirely planned industrial communities in exurban areas. By about 1970, though, a third phase took hold: deindustrialization, as residents started leaving older industrial cities en masse, while industry globalized and set up factories in some previously nonindustrial countries. Between 1979 and 2010, as Ben-Joseph and Hatuka note, the U.S. lost 41 percent of its manufacturing jobs.

In response to all this, authors see new industrial urbanism as a fourth phase, in which city form and industry interact. The current moment, as they write, is characterized by “hybridity.” Because some forms of current industry feature cleaner and more sustainable production, formerly undesirable industrial zones can now contain a more appealing mix of advanced industry, commerce, residential units, educational and other research institutions, and recreation.

As punishing as the loss of manufacturing has been in the U.S. and other places, the emergence of higher-tech production represents “an opportunity to regenerate urban areas and redefine the role of industry in the city,” Ben-Joseph and Hatuka write.

As the authors detail, city leaders take differing approaches to the issue of revitalization. Some places feature clustering, building strength in one particular industry. This is true of Kendall Square with biotechnology, or even Wageningen, the “Food Valley” of the Netherlands, where scores of agribusiness firms have located within a compact region.

Other cities must more thoroughly reinvent a deindustrialized spot, as in Brooklyn, Hamburg, and Jurong, keeping some historic structures intact. And some places, including Barcelona and Portland, Oregon, have taken a hybrid approach within their own city limits, encouraging new businesses at many scales, and many forms of land use.

As “New Industrial Urbanism” emphasizes, there is not one royal road toward rebuilding cities. In Munich, the headquarters of BMW rise up in a four-cylinder tower from the 1970s, a reference to the company’s vehicles. Next to the tower is a massive BMW assembly plant, sprawled out over many acres. Over time, residential growth has “gradually grown around the area,” as Ben-Joseph and Hatuka put it. Because the plant is geared toward assembly alone, not materials production, it is more environmentally feasible to see residential growth nearby. The outcome is viable industry juxtaposed with living areas.

“Our book is trying to show the various ways by which cities can address the changing contemporary relationships between city and industry,” Ben-Joseph says. “The cases that we describe and the concepts that we put forward represent the growing recognition of the role industry plays in the world’s total economic activity. They teach us that industrial development is always contextual and culturally dependent, and it is these variants that contribute to the evolution of different types and forms of industrial ecosystems.”

As Ben-Joseph and Hatuka also emphasize, the pursuit of industry to help rebuild cities does not have to focus strictly on high-tech firms. In Los Angeles’ Garment District, as the book also details, changes in zoning threatened to disperse a thriving, century-old cluster of manufacturers.

Those manufacturers soon banded into a productive business improvement district; policymakers saw the wisdom of a hybrid approach to zoning that let manufacturers stay in place. (“Like farmland, industrial land is hard to reclaim once replaced by other functions,” Ben-Joseph and Hatuka write.) As a result, about 4,000 garment manufacturers remain in Los Angeles, providing crucial income to communities that have long depended on it.

“Just as we often do with housing policies, it is essential that we design strategic land-use mechanisms that protect and enhance existing industrial uses within our cities” Ben-Joseph adds. “Cases like downtown Los Angeles shows that cities are beginning to recognize the value of centrally located industrial land and the need to address pressures to convert these areas to up-scale housing and displacing existing manufacturers.”

As a book, “New Industrial Urbanism” has been almost a decade in the making. Along the way, the authors hosted a symposium about the topic at MIT in 2014, and helped curate an exhibit at MIT’s Wolk Gallery on the subject the same year. Through support from MIT and Tel-Aviv University, the book is also available as an open access publication.

Experts in the field have praised “New Industrial Urbanism.” Karen Chapple, a professor and director of the University of Toronto’s School of Cities, has noted that while some people have “embraced the notion of advanced manufacturing locating in cities, the literature has lacked a compelling and detailed vision of what a new industrial urbanism would actually encompass. This comprehensive volume fills that gap, with a powerful visual analysis thoroughly grounded in economic theory and historical context.”

For his part, Ben-Joseph is pleased by the trends toward a new industrial urbanism in many parts of the globe.

“We have seen a lot of progress in most countries,” Ben-Joseph says.

Still, he observes, much more is possible, in the U.S. and beyond. As the authors write, “re-evaluating manufacturing should be a primary goal of planners, urban designers, and architects. Awareness of this goal is critical to the future development of cities worldwide.”

Will the new industrial city work?