Caption:
During an MIT.nano nano fabrication course, a series of screenshots of the Zoom participants were exposed, developed, and etched on a silicon wafer.
Credits:
Photo: Jorg Scholvin/MIT.nano

Caption:
Explore MIT.nano Live brought participants on a virtual tour of the facilities, including one of MIT.nano’s fan decks, where equipment replaces the air in the cleanroom below every 15 seconds.
Credits:
Photo courtesy of Wilson/HGA.

Every minute, a person just sitting or standing without moving sheds 100,000 particles that are 500 nanometers or larger. Is that person exercising? Now it’s 10 million particles per minute, says Jorg Scholvin, assistant director of user services for Fab.nano.

That’s why users of the MIT.nano cleanroom — which is controlled to have fewer than 100 such particles per cubic foot of air — wear full-body “bunnysuits” and other specialized garments to maintain the pristine environment required for nanoscale research.

Scholvin shared this lesson on gowning up during a virtual series of tours of the facility that was one of five courses highlighting the breadth of MIT.nano’s capabilities, initiated during MIT’s Independent Activities Period (IAP). The courses, several of which will be offered again this semester, also included a live nanofabrication demo and virtual classes on 360-degree photography, biomechanics in everyday life, and storytelling for science and engineering communication.

A glimpse at the guts of MIT.nano

The three-part series of virtual tours brought 56 attendees inside MIT.nano’s facilities. With a camera on a rolling tripod and a little ingenuity, Scholvin led the Zoom attendees through the cleanroom, comparing the layout to that of a grocery store: the bays where researchers work are like the aisles where customers shop, and the chases with the back ends of the equipment like the product shelves.

On the second day Scholvin was joined by Anna Osherov, assistant director for user services at Characterization.nano, for a tour of the nanoscale imaging suites located in MIT.nano’s basement level. Attendees learned about the planning that went into creating an ultra-quiet environment for the nano-characterization tools, including a vibration demo showing the importance of the plinth — a 50,000-pound slab of concrete balanced on a set of springs four feet above the ground to create a quiet, stable island for the ultrasensitive microscopes that sit on top.

Following this series, Scholvin led a separate class on thin-film deposition, lithography, and etching processes at the micro- and nanoscale. Attendees followed along with Scholvin as he worked in the cleanroom to expose, develop, and etch screenshots of the Zoom workshop attendees — and “secret” messages from the class etched in letters less than one millimeter high — into a 100-nanometer thin gold film on a silicon wafer. “Seeing the actual fabrication processes really made the technology accessible," said one attendee. "Getting this type of access to the lab and process has been a truly unique experience."

Melding the physical with the digital

MIT.nano’s Immersion Lab found a different way to engage with the students in its courses — by sending the hands-on experience to them through the mail. For Creating, Editing, and Distributing 360 Photography — a course facilitated by Rus Gant, director of the Harvard Visualization Research and Teaching Laboratory, and Samantha Farrell, MIT.nano senior administrative assistant — MIT.nano loaned each participant a 360-degree camera, a Quest 2 virtual reality (VR) headset, and a monopod.

The course began with an overview of virtual reality theory and technologies, along with a history lesson on immersive art and panoramic photography spanning from pre-Civil War era to present day. The class then transitioned to workshop-style, with students creating content in their own environments, from 360-degree nature photography to videos that place viewers into the film via VR headsets.

“Having experience using tools including a 360 camera, Photoshop/Premiere Pro, and a VR headset has empowered me to pursue 360 projects on my own in the future,” said one participant. For example, virtual reality developer Luis Zanforlin, part of a team that received an MIT.nano Immersion Lab Gaming Program seed grant in 2020, created a film of himself hanging out with all his friends during Covid-19. Zanforlin used a Ricoh Theta V 360 camera and a monopod, along with editing software from Adobe Premiere, to create the video best viewed using an Oculus Quest headset. 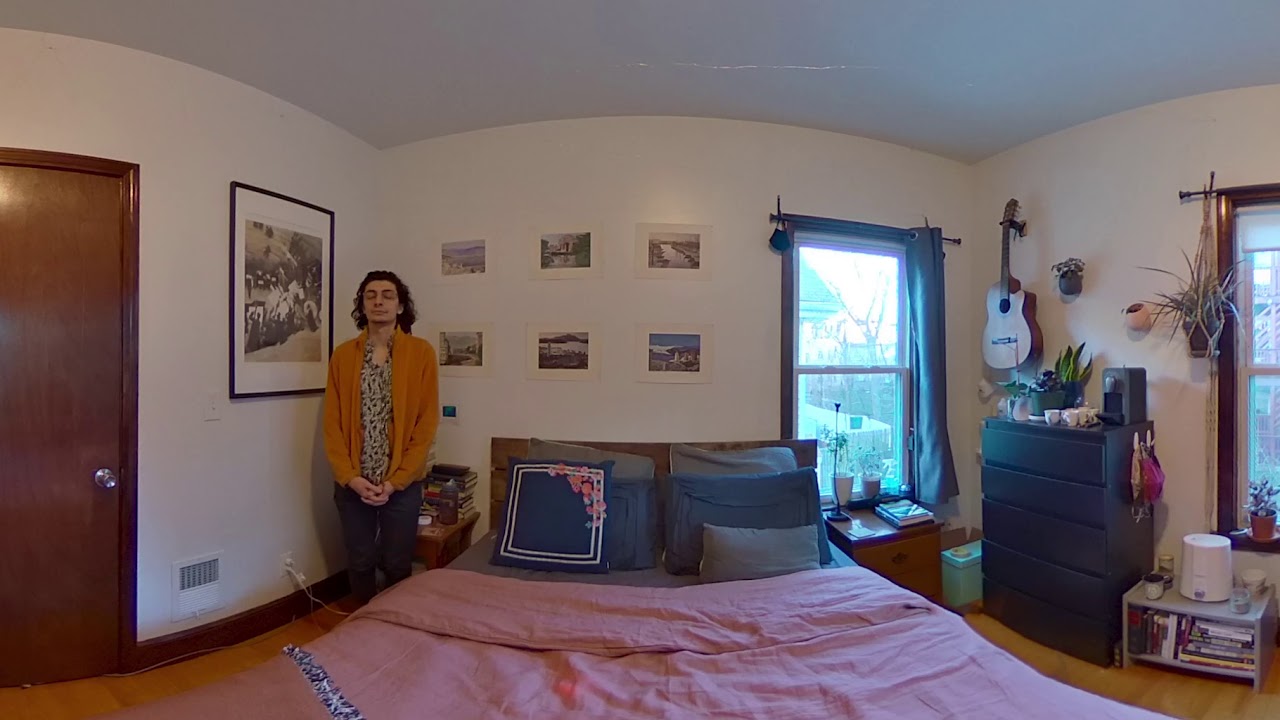 Play video
This is me hanging out with my friends during COVID.

Biomechanics in everyday life, another IAP offering organized by the Immersion Lab, explored human movement through cardio exercise, yoga, and meditation. The four-session course, co-sponsored by MIT’s Clinical Research Center and led by Praneeth Namburi, postdoc in the Research Laboratory of Electronics (RLE), used motion capture technology and wireless sensors to explain how simple tasks such as walking or jumping may improve human health and well-being.

During sessions on yoga and breathing, students learned how virtual reality could improve awareness and coordination. In focusing on balance, they were introduced to recording muscle activity using electromyography. “When I think about movement now,” said one participant, “I will think beyond just copying the positions of people who move well and instead think about how they cycle through the energy process.” 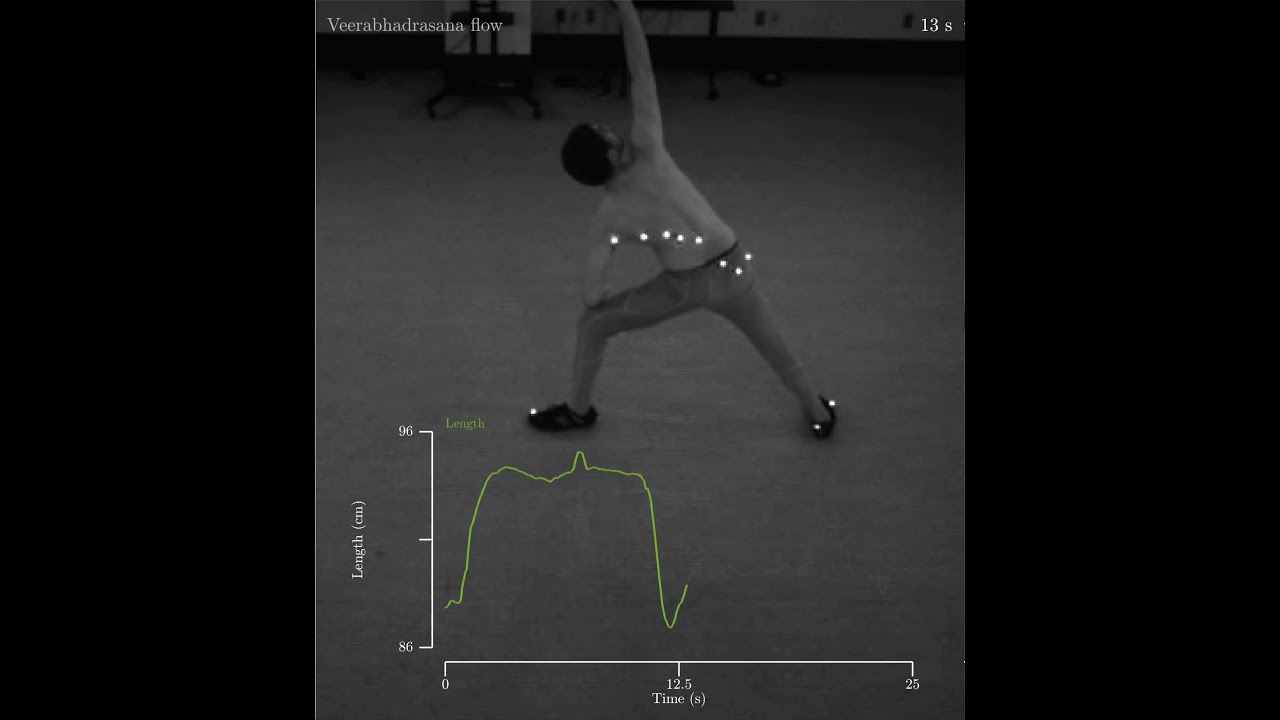 Storytelling at the nanoscale

The final MIT.nano offering, nanoStories, was a workshop focused on building narratives using text, video, and interactive media to demystify science and nanotechnology. Guest speakers from the Boston Museum of Science, PBS NOVA, and MIT joined workshop instructors MIT.nano Director Vladimir Bulović, Research Scientist Annie Wang, and Samantha Farrell in discussions and exercises on crafting exciting and understandable presentations of nano-topics for a general audience. Students developed their own stories throughout the course, presenting final projects that enthralled with expositions of how snowflakes form and why pencils work, explaining the color perception of one’s eye, and demystifying the activity of semiconductors in solar cells.

In addition to these five courses, MIT.nano collaborated with MIT’s Clinical Research Center (CRC), MIT Medical, and the Department of Mechanical Engineering to offer a three-module course on the basics of and resources for human subjects research, as well as technology for symptoms monitoring during the Covid-19 pandemic. Led by MIT.nano Associate Director Brian W. Anthony and CRC Director of Clinical Operations Catherine Ricciardi, the course explored how MIT researchers have deployed and developed physiological sensing technologies for Covid-19 research and highlighted the resources available through the CRC, the MIT.nano Immersion Lab, and MIT ecosystem partners.

Visit MIT.nano to see more images and videos from the courses.