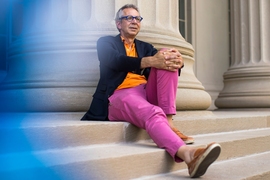 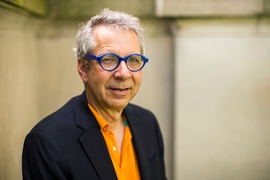 What will it take for research universities across the U.S. to safely open their labs? That’s the subject of a recently released report by JASON, an independent group of scientists who advise the U.S. government about science and technology, in association with the MITRE Corporation. The report was led by Peter Fisher, professor and head of MIT’s Department of Physics, who is a JASON member. (MIT has separately examined the question, and began a phased ramp-up of lab research in June; Fisher participated in MIT reopening efforts as well.) MIT News talked with Fisher about the JASON report.

Q: What are the main things the JASON report recommends to universities trying to reopen labs?

A: Probably the top-level things are just mask-wearing, handwashing, and social distancing. Those are three things that everybody can do. And people know this, but the report looks in exhaustive detail at why those things are important — from the physics of masks to a whole section on air handling and how the virus builds up in the air. The design of campuses, including MIT, is intended to bring people together as much as possible, so we are really fighting the physical nature of MIT.

The research is important because the people who work in the labs and come back to campuses have to buy into these rules. And I think they buy in much better if they understand the science behind the rules.

Q: One implication of the report is that details matter greatly. For instance, the report notes that, compared to breathing, the viral load people exhale from speaking is 20 times as great — so you recommend communicating via text, whiteboards, scratch pads, or other nonverbal means. And the report has a section on proper mask fitting. Won’t people have to get used to some distinctly new practices?

A: Yes. For example, really minimize the amount you speak. And you can whisper. The amount that comes out between breathing [on the one hand], and speaking, singing, and shouting [on the other] is just enormous. … [Regarding masks], if you are in a hospital wearing one, part of the standard operating procedure is there is a specialist who fits it onto your face. There’s a metal bar that goes across your nose and it’s all about how you press down that metal bar so it forms a good seal, going across your nose and your cheekbones.

Q: Beyond those things, the report suggests making aggregate health information available to community in a dashboard format. Why would that help?

A: Because people are competitive. And sometimes if you want to get people to do something, you turn it into a game. Also, from some of the work the organization does with the military, there is what’s called situational awareness. That comes down to a few numbers that tell you how you’re doing. And for Covid-19, it would be how many tests have you administered; how many of them came back positive; how many people are coming onto campus every day; and how many of them are not complying with the rules, like wearing masks. It’s all anonymous, but it gives you a snapshot of how you’re doing.

When you design a system, you can’t just assume that compliance is going to be 100 percent. It’s going to be lower, and you have to account for that in your planning and thinking. That’s one [reason] we talked about the dashboard. Another thing [that helps] is really good modeling. At MIT, the senior researchers and faculty are very highly regarded and closely watched. And I think really the faculty and senior research staff have to model this behavior.

Q: The report also discusses whether university campuses can be “islands” apart from the pandemic, or part of larger community. What are some of the factors at play there?

A: It depends on what you’re willing to do and where you are. MIT is an urban campus and Cambridge is one of the most densely populated places around. Everybody on campus, before the Covid-19, relied on the surrounding community for something — food, entertainment, health services. And it’s hard to change that. Inevitably, how a university is doing is going to be closely coupled to the community it’s embedded in. It’s true of all the big Boston-area campuses.

In [rural cases], the college can separate itself pretty well from the city. … [For example], at Vassar they are having a strict rule: Nobody leaves campus, and they’re going to try to make it into a bubble. Some colleges, you can draw a line around campus, and it’s clear what is campus and what is not campus. But MIT leaks out all into the city.

Q: It seems apparent from all this that some universities might have midstream, midsemester decisions to make. There might be plans in place, but don’t institutions have to keep in mind that circumstances can change, this fall or further out in the future?

A: It’s really tough because the nature of this disease is that the people feeling symptoms now were infected five days ago. The people who are in the hospital now [were infected] 14 days ago. Knowing how many positive cases you’re getting today is not a great indicator of how many people are going to feel sick tomorrow. It’s an indicator of how many people are going to feel really sick in two weeks, and during that time, the virus can spread exponentially. So there are going to have to be some tough decisions to be made. You don’t want to have to suddenly make them when you have 400 sick students to contend with. I think MIT’s done smart things — including the single-room occupancy housing policy. The leadership at MIT is taking the long view.

One thing that everybody is only starting to struggle with is that the world just changed, in this really fundamental way. We’re all hoping it gets a lot better, but where that ends up is not going to be where we were at the start of 2020. We’re living through a remarkable moment in history. It’s quite daunting to think about, but what we always try to do with JASON [reports] is just detail the bedrock science.

What is the Covid-19 data tsunami telling policymakers?

Taking an MIT approach to a return to campus