Caption:
MIT researchers have developed a prototype for a new kind of adaptive tool that could help people who can’t afford coaches or personal trainers to learn different skills or train for sports. Their first example: an adaptive basketball hoop that shrinks and raises as its user makes more shots.
Credits:
Image courtesy of the researchers.

Caption:
The hoop automatically adjusts so that the user is always learning at an "optimal challenge point” where the task is neither too easy nor too hard.
Credits:
Image courtesy of the researchers.

Have you ever seen a fancy ergonomic chair that seems to magically mold to a person’s body? Such products got researchers at MIT’s Computer Science and Artificial Intelligence Lab (CSAIL) thinking about other everyday objects that could be made to shape-shift to help their users — not only to get things done, but to actually improve their skills in particular areas.

One idea they came up with: a basketball hoop that helps you train more effectively by shrinking and raising as you make shots more consistently.

The thinking is that a beginner could start by using the basket at a lower height and with a wider hoop diameter. As they proceed to make baskets more consistently, the hoop automatically shrinks and rises until it reaches regulation size. 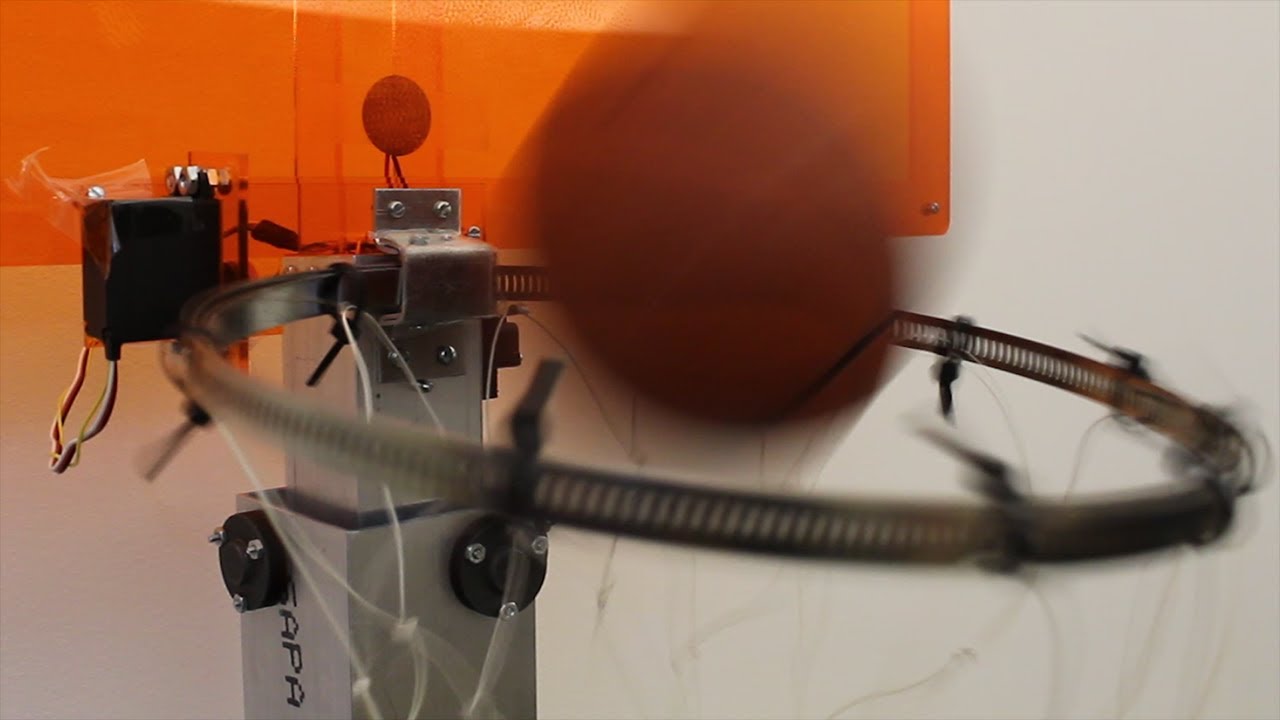 Led by MIT Professor Stefanie Mueller, the researchers say that these sorts of adaptive tools could help people who can’t afford coaches or personal trainers to learn different skills or train for sports. They hope that the idea might be particularly timely during the pandemic, with the sudden cancellation of so many in-person gym classes.

Mueller and colleagues have already started to develop several other prototype tools, including a bicycle with raisable training wheels, an armband that helps golfers keep their arms straight, and even adaptive life jackets and high-heeled shoes.

With the basketball hoop, the CSAIL team tested it under two different conditions. In “manually adaptive” mode, the user is the one who changes the hoop’s height and width; in “auto-adaptive” mode, the hoop itself automatically adjusts so that the user is always learning at an "optimal challenge point” where the task is neither too easy nor too hard.

Experimental results showed that training on the auto-adaptive hoop led to better performance than with either the static hoop or the manually-adaptive mode — which lead author Dishita Turakhia says is an indication that people often over- or under-challenge themselves and “aren’t all that good at assessing their skill levels.”

Users found that, compared to adjusting the hoop themselves, the auto-adaptive system was not just more effective, but more enjoyable and less distracting, since it removed them from having to constantly make decisions about whether to make the task more difficult.

“It’s interesting in that it’s objectively measuring performance,” says Fraser Anderson, a senior principal research scientist at Autodesk who was not involved in the study. “You don’t have to rely on your own sense of whether or not you’ve mastered a skill: the system can do that and take out the self-doubt, overconfidence, or guesswork.”

The system’s algorithm for determining shot accuracy is somewhat crude at the moment: It essentially gives the shooter one point if the ball goes through the net, and half a point if it hits the backboard. If the shooter’s average after at least four shots is 0.75 points or greater, the hoop will shrink and rise a set amount, and the whole process will then repeat. (Turakhia says that, with a greater number of sensors and cameras, the hoop could sense a wider range of skills and adapt accordingly.)

The team plans to continue to work on adaptive tools for other use cases, including rehabilitation and workplace training. Anderson says he could even imagine an adaptive approach being used in medical schools to help surgeons improve their skills.

Turakhia and Mueller wrote the paper alongside master’s student Andrew Wong and former graduate students Yini Qi '17, MNG '18 and Lotta Blumberg '18, MNG '19. They will present the paper virtually in February at the Association for Computing Machinery’s Conference on Tangible, Embedded and Embodied Interaction (TEI). The project was supported, in part, by the MIT Integrated Learning Initiative.