Caption:
PhotoChromeleon, a reversible process for changing the color of objects developed at MIT, involves a mix of photochromic dyes that can be sprayed or painted onto the surface of any object.
Credits:
Image courtesy of the researchers.

Caption:
“By giving users the autonomy to individualize their items, countless resources could be preserved, and the opportunities to creatively change your favorite possessions are boundless,” says MIT Professor Stefanie Mueller.
Credits:
Image courtesy of the researchers.

The color-changing capabilities of chameleons have long bewildered willing observers. The philosopher Aristotle himself was long mystified by these adaptive creatures. But while humans can’t yet camouflage much beyond a green outfit to match grass, inanimate objects are another story.

A team from MIT’s Computer Science and Artificial Intelligence Laboratory (CSAIL) has brought us closer to this chameleon reality, by way of a new system that uses reprogrammable ink to let objects change colors when exposed to ultraviolet (UV) and visible light sources.

Dubbed “PhotoChromeleon,” the system uses a mix of photochromic dyes that can be sprayed or painted onto the surface of any object to change its color — a fully reversible process that can be repeated infinitely.

PhotoChromeleon can be used to customize anything from a phone case to a car, or shoes that need an update. The color remains, even when used in natural environments. 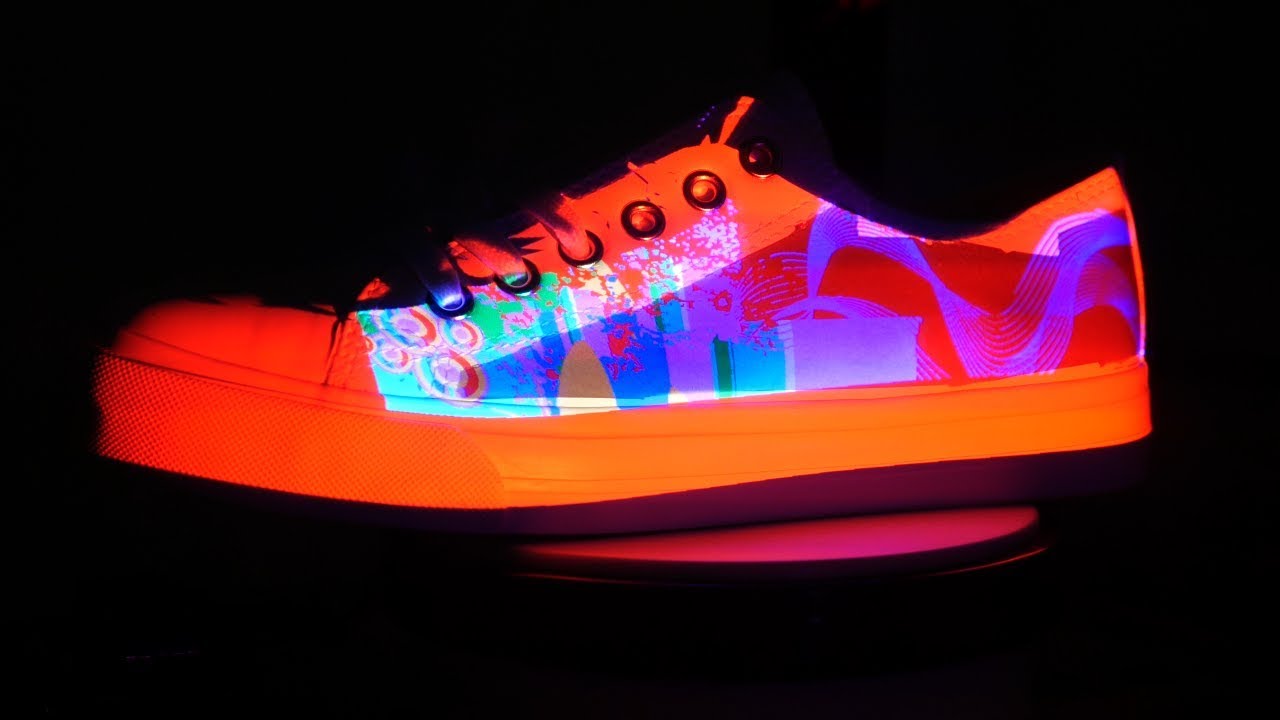 “This special type of dye could enable a whole myriad of customization options that could improve manufacturing efficiency and reduce overall waste,” says CSAIL postdoc Yuhua Jin, the lead author on a new paper about the project. “Users could personalize their belongings and appearance on a daily basis, without the need to buy the same object multiple times in different colors and styles.”

PhotoChromeleon builds off of the team’s previous system, “ColorMod,” which uses a 3-D printer to fabricate items that can change their color. Frustrated by some of the limitations of this project, such as small color scheme and low-resolution results, the team decided to investigate potential updates.

But with PhotoChromeleon’s ink, you can create anything from a zebra pattern to a sweeping landscape to multicolored fire flames, with a larger host of colors.

The team created the ink by mixing cyan, magenta, and yellow (CMY) photochromic dyes into a single sprayable solution, eliminating the need to painstakingly 3-D print individual pixels. By understanding how each dye interacts with different wavelengths, the team was able to control each color channel through activating and deactivating with the corresponding light sources.

Specifically, they used three different lights with different wavelengths to eliminate each primary color separately. For example, if you use a blue light, it would mostly be absorbed by the yellow dye and be deactivated, and magenta and cyan would remain, resulting in blue. If you use a green light, magenta would mostly absorb it and be deactivated, and then both yellow and cyan would remain, resulting in green.

After coating an object using the solution, the user simply places the object inside a box with a projector and UV light. The UV light saturates the colors from transparent to full saturation, and the projector desaturates the colors as needed. Once the light has activated the colors, the new pattern appears. But if you aren’t satisfied with the design, all you have to do is use the UV light to erase it, and you can start over.

They also developed a user interface to automatically process designs and patterns that go onto desired items. The user can load up their blueprint, and the program generates the mapping onto the object before the light works its magic.

The team tested the system on a car model, a phone case, a shoe, and a little (toy) chameleon. Depending on the shape and orientation of the object, the process took anywhere from 15 to 40 minutes, and the patterns all had high resolutions and could be successfully erased when desired.

“By giving users the autonomy to individualize their items, countless resources could be preserved, and the opportunities to creatively change your favorite possessions are boundless,” says MIT Professor Stefanie Mueller.

While PhotoChromeleon opens up a much larger color gamut, not all colors were represented in the photochromic dyes. For example, there was no great match for magenta or cyan, so the team had to estimate to the closest dye. They plan to expand on this by collaborating with material scientists to create improved dyes.

“We believe incorporation of novel, multi-photochromic inks into traditional materials can add value to Ford products by reducing the cost and time required for fabricating automotive parts,” says Alper Kiziltas, technical specialist of sustainable and emerging materials at Ford Motor Co. (Ford has been working with MIT on the ColorMod 3-D technology through an alliance collaboration.) “This ink could reduce the number of steps required for producing a multicolor part, or improve the durability of the color from weathering or UV degradation. One day, we might even be able to personalize our vehicles on a whim.”

Adhikari received the Morais and Rosenblum Best UROP Award for her contributions to the project.

Ford Motor Co. provided financial support, and permission to publish was granted by the Ford Research and Innovation Center.

Gizmodo reporter Andrew Liszewski writes that CSAIL researchers have developed “a new spray-on ink that can infinitely change colors, designs, and patterns when blasted with different wavelengths of light.”