Caption:
Changing objects' colors involves using ultraviolet light to activate some colors and visible light to deactivate others.
Credits:
Courtesy of the researchers

3-D printing has come a long way since the first rapid prototyping patent was rejected in 1980. The technology has evolved from basic designs to a wide range of highly-customizable objects. Still, there’s a big issue: Once objects are printed, they’re final. If you need a change, you’ll need a reprint.

But imagine if that weren’t the case — if, for example, you could change the color of your smartphone case or earrings on demand.

Researchers from MIT’s Computer Science and Artificial Intelligence Laboratory (CSAIL) have gotten closer to making that a reality. In a new paper, they present ColorMod, a method for repeatedly changing the colors of 3-D printed objects, after fabrication. 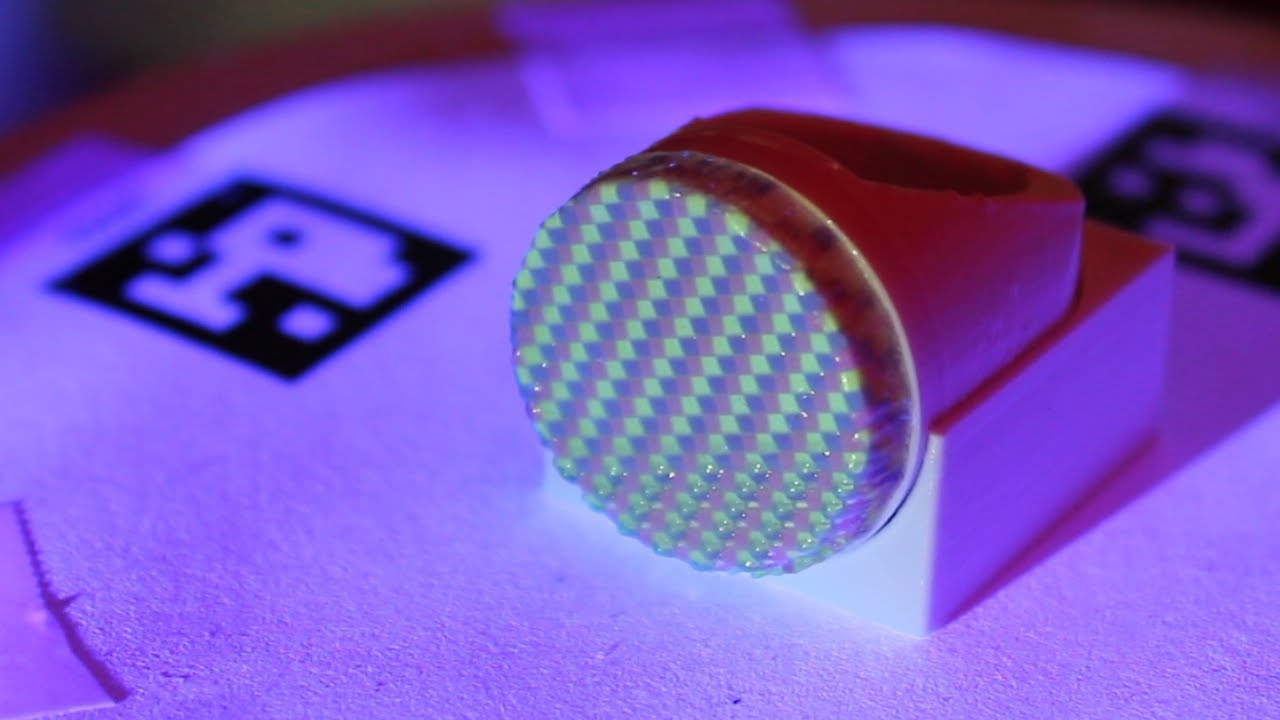 Using their own 3-D printable ink that changes color when exposed to ultraviolet light, the team can recolor a multicolored object in just over 20 minutes — and they say they expect that number to decrease significantly with future improvements.

While the project is currently focused on plastics and other common 3-D printing materials, the researchers say that eventually people could instantly change the color of their clothes and other items.

“Largely speaking, people are consuming a lot more now than 20 years ago, and they’re creating a lot of waste,” says Stefanie Mueller, the X-Consortium Career Development Assistant Professor in the departments of Electrical Engineering and Computer Science and Mechanical Engineering. “By changing an object’s color, you don’t have to create a whole new object every time.”

Mueller co-authored the paper with postdoc Parinya Punpongsanon, undergraduate Xin Wen, and researcher David Kim. It has been accepted to the ACM CHI Conference on Human Factors in Computing Systems, which takes place in April in Montreal.

Previous color-changing systems have been somewhat limited in their capabilities, using single colors and 2-D designs, for example.

“Appearance adaptivity in general is always a superior feature to have, and we’ve seen many other kinds of adaptivity enabled with manufactured objects,” says Changxi Zheng, an associate professor at Columbia University who co-directs Columbia’s Computer Graphics Group. “This work is a true breakthrough in being able to change the color of objects without repainting them.”

The team tested ColorMod on three criteria: recoloring time, precision, and how quickly the color decayed. A full recoloring process took 23 minutes. However, the researchers note that they could speed up the process by using a more powerful light or adding more light-adaptable dye to the ink.

They also found the colors to be a bit grainy, which they hope to improve on by activating colors closer together on an object. For example, activating blue and red might show purple, while activating red and green would show yellow.

Mueller says that the goal is for people to be able to rapidly match their accessories to their outfits in an efficient, less wasteful way. Another idea is for retail stores to be able to customize products in real-time, if, for example, a shopper wants to try on an article of clothing or accessory in a different color.

“This is the first 3-D-printable photochromic system that has a complete printing and recoloring process that’s relatively easy for users,” Punpongsanon says. “It’s a big step for 3-D printing to be able to dynamically update the printed object after fabrication in a cost-effective manner.”

NBC Mach’s Denise Chow writes about MIT research being done to develop color-changing, 3D printed clothing using UV light. “We wanted to know, how can we update the color of an object at any time?” said Prof. Stephanie Mueller.

Marc Bain of Quartz reports that CSAIL researchers have created a system that changes the color of 3-D printed objects using UV light. The researchers hope this system will allow consumers to, “quickly match accessories to outfits, or let retail stores switch the color of clothing or other items on the spot for customers,” explains Bain.

Wired reporter Arielle Pardes Gear writes that CSAIL researchers have developed a new system, called ColorFab, that makes it possible to change the color of 3-D printed objects after they have been created. ColorFab allows users to change an object’s color, “by returning to the ColorFab interface, selecting the areas to recolor, and then activating those areas with UV light.”

TechCrunch reporter Brian Heater writes that MIT researchers have created a new system that allows users to change the color of 3-D printed objects. Heater explains that researchers, “are looking to bring color-changing properties to the 3D-printing process in an attempt to help reduce material waste.”

CSAIL researchers have developed a method that allows the color of 3-D printed objects to change after they have been printed, writes Emily Matchar for Smithsonian. The method uses, “UV light to change the pixels on an object from transparent to colored, and then a regular office projector to turn them from colored to transparent,” explains Prof. Stefanie Mueller.

Kaya Yurieff reports for CNN that CSAIL researchers have developed a system that allows the colors of 3-D printed objects to be altered after they have been fabricated. Prof. Stefanie Mueller explains that, “this sort of technology could help minimize the amount of waste that is produced from updating products."