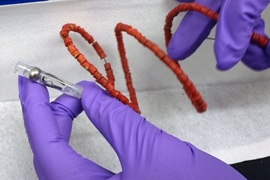 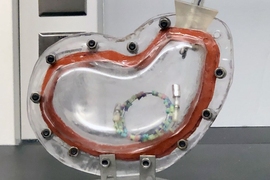 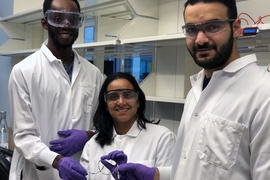 Caption:
A representative prototype of a gastric resident device researchers have placed in an in vitro stomach model for testing.
Credits:
Image: Malvika Verma, Feyisope Eweje, John A F Salama, Jonathan B Miller

Tuberculosis is one of the world’s deadliest infectious diseases: One-third of the world’s population is infected with TB, and more than 1 million people die from the disease every year.

One reason TB is so pervasive is that treatment requires a six-month course of daily antibiotics, which is difficult for about half of all patients to adhere to, especially in rural areas with limited access to medical facilities. To help overcome that, a team of researchers led by MIT has devised a new way to deliver antibiotics, which they hope will make it easier to cure more patients and reduce health care costs.

Using this new approach, a coiled wire loaded with antibiotics is inserted into the patient’s stomach through a nasogastric tube. Once in the stomach, the device slowly releases antibiotics over one month, eliminating the need for patients to take pills every day.

“Having a system that allows you to ensure the patient receives the full treatment course could be really transformational,” says Giovanni Traverso, an assistant professor in MIT’s Department of Mechanical Engineering and a gastroenterologist at Brigham and Women’s Hospital. “When you consider the situation with tuberculosis, where you have multiple grams of antibiotics that have to be taken every day, for many months, we need another solution.”

Traverso and Robert Langer, the David H. Koch Institute Professor at MIT, are the senior authors of the study, which appears in the March 13 issue of Science Translational Medicine and includes a full list of authors. The paper’s lead author is MIT graduate student Malvika Verma; the team includes others at MIT, as well as researchers from Harvard Medical School, Boston University School of Public Health, several hospitals in India, and the Tata Trusts of Mumbai, India. 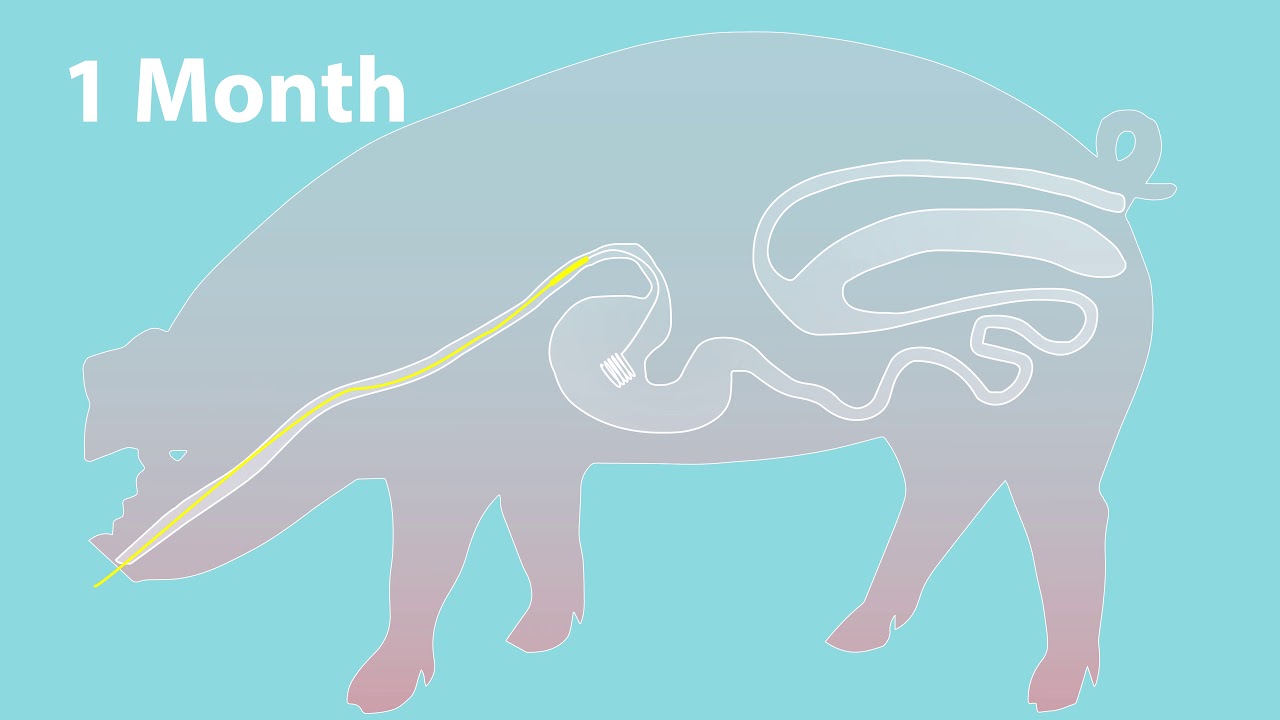 For several years, Traverso and Langer have been working on a variety of pills and capsules that can remain in the stomach and slowly release medication after being swallowed. This kind of drug delivery, they believe, could improve treatment for many chronic diseases that require daily doses of medication.

One of their capsules has shown promise for delivering small amounts of drugs to treat HIV and malaria. After being swallowed, the capsule’s outer coating dissolves, allowing six arms to expand, helping the device to lodge in the stomach. This device can carry about 300 milligrams of drugs — enough for a week’s worth of HIV treatment, for example. However, it falls far short of the payload needed to treat tuberculosis, which requires about 3 grams of antibiotics every day.

“We had to develop a completely new system that could enable an automated release of these medications over the course of about a month,” Verma says. “This new system can hold a lot more drug and it can release the drug for a longer period of time.”

The new device is a thin, elastic wire made of nitinol — an alloy of nickel and titanium that can change its shape based on temperature. The researchers can string up to 600 “pills” of various antibiotics along the wire, and the drugs are packaged in polymers whose composition can be tuned to control the rate of drug release once the device enters the stomach.

The wire is delivered to the patient’s stomach via a tube inserted through the nose, which is used routinely in hospitals for delivering medications and nutrients. As part of their study, the researchers interviewed 300 tuberculosis patients in India, and most said that this kind of delivery would be acceptable to them for long-term treatment.

“In many cases, this was preferred by the patients, who could come to a health care setting every two weeks or every four weeks instead of having to be seen by a health care provider every day,” Traverso says.

Once the wire reaches the higher temperatures of the stomach, it forms a coil, which prevents it from passing further through the digestive system. In tests in pigs, the researchers found that their prototype device could release several different antibiotics at a constant rate for 28 days. Once all of the drugs are delivered, the device is retrieved through the nasogastric tube using a magnet that can attract the coil.

The research team included an economist, David Collins of Boston University, who analyzed the potential economic impact of this type of treatment. He found that if implemented in India, treatment costs could be reduced by about $8,000 per patient.

“The current model for TB treatment is directly observed treatment, short course, where the patients have to come in every day and have somebody watch them take their pills. That’s a huge burden, for the patients and the health care system,” Verma says. “We envision this as utilizing the infrastructure of the directly observed treatment, but reducing the frequency of administering the treatment from daily to monthly.”

“Such an approach could be particularly helpful for the longer regimens required for the treatment of multi- and extensively drug-resistant TB, including some that still rely on daily intramuscular injections,” says Mitnick, who was not involved in the research.

Another disease where this approach could be useful is hepatitis C, which requires treatment with antiviral drugs for two to six months. Many other infectious diseases also require doses of medication that are too large to fit in one of the smaller, ingestible devices that Traverso and Langer have developed.

“In many situations, patients need to take multigram dosages of a drug, but up until now, this has been very difficult to do,” Langer says. “We believe that this new approach is an important milestone toward addressing this problem.”

This system might also be useful for delivering drugs that can treat alcohol addiction and other types of substance abuse, the researchers say.

MIT researchers have developed a new drug-releasing coil that could be used to help treat tuberculosis, reports Ruby Prosser Scully for New Scientist. Scully explains that the coil is “too large to leave the stomach, so it stays there, and the medicines threaded onto it leach out at a rate depending on the type of drug and the polymer the developers use to make the pills.”