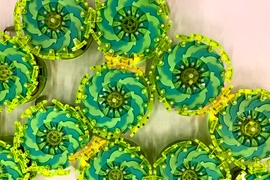 Taking a cue from biological cells, researchers from MIT, Columbia University, and elsewhere have developed computationally simple robots that connect in large groups to move around, transport objects, and complete other tasks.

This so-called “particle robotics” system — based on a project by MIT, Columbia Engineering, Cornell University, and Harvard University researchers — comprises many individual disc-shaped units, which the researchers call “particles.” The particles are loosely connected by magnets around their perimeters, and each unit can only do two things: expand and contract. (Each particle is about 6 inches in its contracted state and about 9 inches when expanded.) That motion, when carefully timed, allows the individual particles to push and pull one another in coordinated movement. On-board sensors enable the cluster to gravitate toward light sources.

In a Nature paper published today, the researchers demonstrate a cluster of two dozen real robotic particles and a virtual simulation of up to 100,000 particles moving through obstacles toward a light bulb. They also show that a particle robot can transport objects placed in its midst. 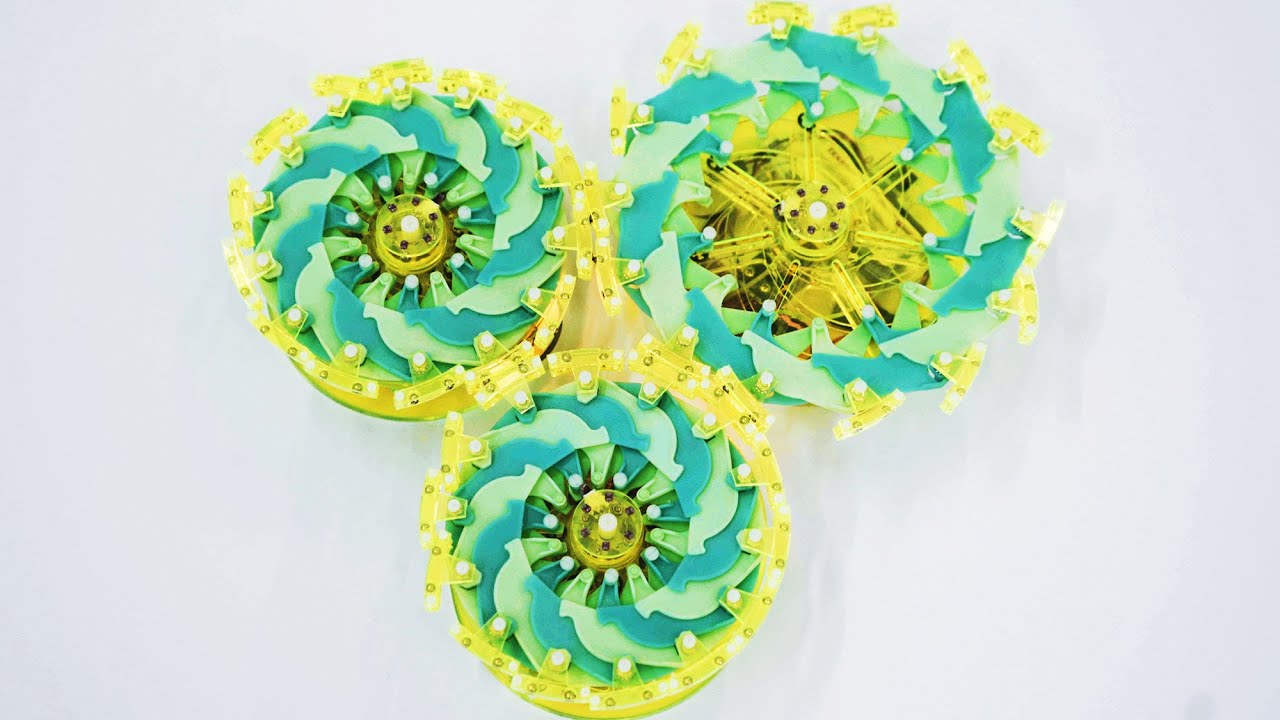 Particle robots can form into many configurations and fluidly navigate around obstacles and squeeze through tight gaps. Notably, none of the particles directly communicate with or rely on one another to function, so particles can be added or subtracted without any impact on the group. In their paper, the researchers show particle robotic systems can complete tasks even when many units malfunction.

The paper represents a new way to think about robots, which are traditionally designed for one purpose, comprise many complex parts, and stop working when any part malfunctions. Robots made up of these simplistic components, the researchers say, could enable more scalable, flexible, and robust systems.

“We have small robot cells that are not so capable as individuals but can accomplish a lot as a group,” says Daniela Rus, director of the Computer Science and Artificial Intelligence Laboratory (CSAIL) and the Andrew and Erna Viterbi Professor of Electrical Engineering and Computer Science. “The robot by itself is static, but when it connects with other robot particles, all of a sudden the robot collective can explore the world and control more complex actions. With these ‘universal cells,’ the robot particles can achieve different shapes, global transformation, global motion, global behavior, and, as we have shown in our experiments, follow gradients of light. This is very powerful.”

At MIT, Rus has been working on modular, connected robots for nearly 20 years, including an expanding and contracting cube robot that could connect to others to move around. But the square shape limited the robots’ group movement and configurations.

In collaboration with Lipson’s lab, where Li was a postdoc until coming to MIT in 2014, the researchers went for disc-shaped mechanisms that can rotate around one another. They can also connect and disconnect from each other, and form into many configurations.

Each unit of a particle robot has a cylindrical base, which houses a battery, a small motor, sensors that detect light intensity, a microcontroller, and a communication component that sends out and receives signals. Mounted on top is a children’s toy called a Hoberman Flight Ring — its inventor is one of the paper’s co-authors — which consists of small panels connected in a circular formation that can be pulled to expand and pushed back to contract. Two small magnets are installed in each panel.

The trick was programming the robotic particles to expand and contract in an exact sequence to push and pull the whole group toward a destination light source. To do so, the researchers equipped each particle with an algorithm that analyzes broadcasted information about light intensity from every other particle, without the need for direct particle-to-particle communication.

The sensors of a particle detect the intensity of light from a light source; the closer the particle is to the light source, the greater the intensity. Each particle constantly broadcasts a signal that shares its perceived intensity level with all other particles. Say a particle robotic system measures light intensity on a scale of levels 1 to 10: Particles closest to the light register a level 10 and those furthest will register level 1. The intensity level, in turn, corresponds to a specific time that the particle must expand. Particles experiencing the highest intensity — level 10 — expand first. As those particles contract, the next particles in order, level 9, then expand. That timed expanding and contracting motion happens at each subsequent level.

“This creates a mechanical expansion-contraction wave, a coordinated pushing and dragging motion, that moves a big cluster toward or away from environmental stimuli,” Li says. The key component, Li adds, is the precise timing from a shared synchronized clock among the particles that enables movement as efficiently as possible: “If you mess up the synchronized clock, the system will work less efficiently.”

In videos, the researchers demonstrate a particle robotic system comprising real particles moving and changing directions toward different light bulbs as they’re flicked on, and working its way through a gap between obstacles. In their paper, the researchers also show that simulated clusters of up to 10,000 particles maintain locomotion, at half their speed, even with up to 20 percent of units failed.

“It’s a bit like the proverbial ‘gray goo,’” says Lipson, a professor of mechanical engineering at Columbia Engineering, referencing the science-fiction concept of a self-replicating robot that comprises billions of nanobots. “The key novelty here is that you have a new kind of robot that has no centralized control, no single point of failure, no fixed shape, and its components have no unique identity.”

The next step, Lipson adds, is miniaturizing the components to make a robot composed of millions of microscopic particles.

"The work points toward an innovative new direction in modular and distributed robotics,” says Mac Schwager, an assistant professor of aeronautics and astronautics and director of the Multi-robot Systems Lab at Stanford University. “The authors use collectives of simple stochastic robotic cells, and leverage the statistics of the collective to achieve a global motion. This has some similarity to biological systems, in which the cells of an organism each follow some random process, while the bulk effect of this low-level randomness leads to a predictable behavior for the whole organism. The hope is that such robot collectives will yield robust and adaptable behaviors, similar to the robustness and adaptability we see in nature."

Writing for Scientific American, Tim Hornyak highlights how MIT researchers have developed a robotic system that consists of multiple units and can operate as a cluster. “In our system, each particle is very simple, and there is no central control over the cluster,” explains Prof. Daniela Rus. The units “work together without relying on any particular individuals.”

Mashable highlights how MIT researchers have developed a new system of computationally simple robots inspired by biological cells that can connect in large groups to move around, transport objects and complete tasks. Mashable explains that robots made up of simplistic components, “could enable more scalable, flexible and robust systems.”

MIT researchers have developed a new particle robotics system inspired by biological cells that can transport objects placed in their midst and squeeze through small gaps, reports Kaveh Waddell for Axios. “The particle robotics system is a departure from traditional robots, where a part failure generally breaks the entire thing,” Waddell explains.