Caption:
MIT researchers outfitted their cube robot with shock-absorbing “skins” (left) that transfer less than half of the energy that would normally be transferred to the ground.
Credits:
Photo: Jason Dorfman/MIT CSAIL

Caption:
The shock-absorbing skins allow the robot to land more precisely, suggesting that they could be used to help extend the lifespan of delivery drones like the ones being developed by Amazon and Google.
Credits:
Photo: Jason Dorfman/MIT CSAIL

Anyone who’s watched drone videos or an episode of “BattleBots” knows that robots can break — and often it’s because they don’t have the proper padding to protect themselves.

But this week researchers at MIT’s Computer Science and Artificial Intelligence Laboratory (CSAIL) will present a new method for 3-D printing soft materials that make robots safer and more precise in their movements — and that could be used to improve the durability of drones, phones, shoes, helmets, and more.

The team’s “programmable viscoelastic material” (PVM) technique allows users to program every single part of a 3D-printed object to the exact levels of stiffness and elasticity they want, depending on the task they need for it. 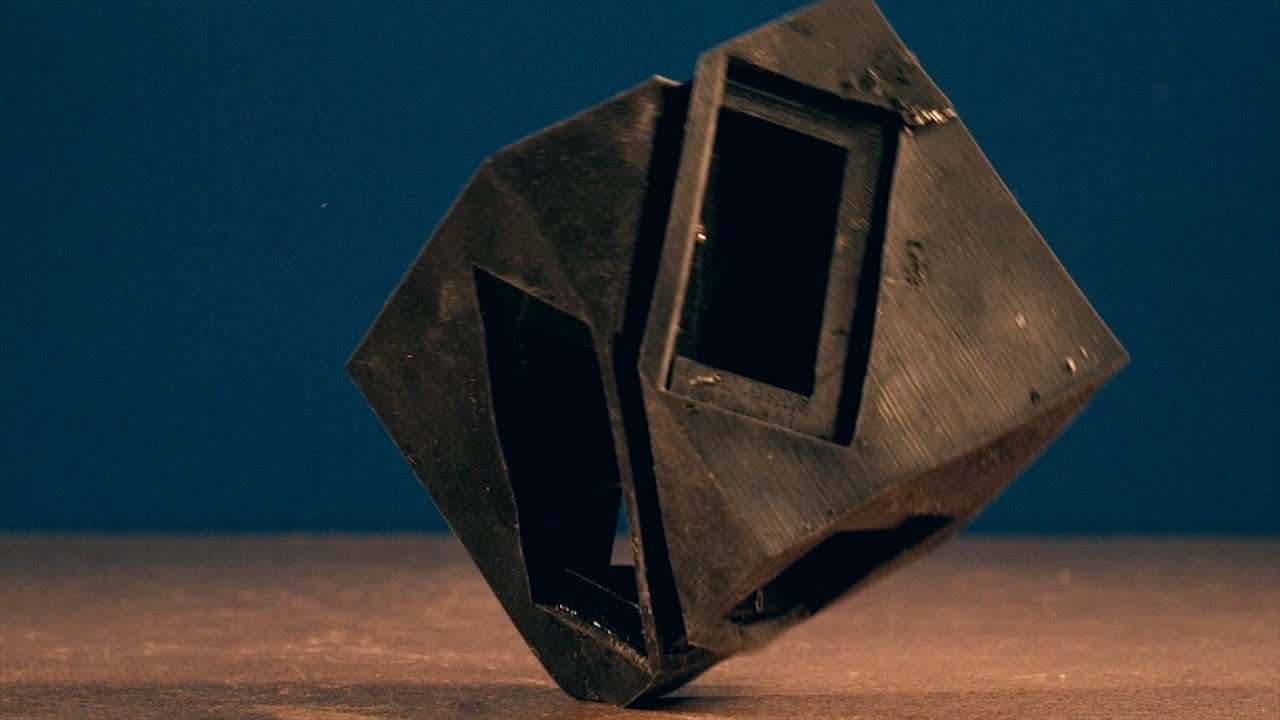 Play video
Shock-absorbing skins allow these robots from MIT's Computer Science and Artificial Intelligence Laboratory to land more precisely. One potential application: Extending the lifespan of delivery drones like those being developed by Amazon and Google.

For example, after 3-D printing a cube robot that moves by bouncing, the researchers outfitted it with shock-absorbing “skins” that use only 1/250 the amount of energy it transfers to the ground.

“That reduction makes all the difference for preventing a rotor from breaking off of a drone or a sensor from cracking when it hits the floor,” says CSAIL Director Daniela Rus, who oversaw the project and co-wrote a related paper. “These materials allow us to 3-D print robots with visco-elastic properties that can be inputted by the user at print-time as part of the fabrication process.”

The skins also allow the robot to land nearly four times more precisely, suggesting that similar shock absorbers could be used to help extend the lifespan of delivery drones like the ones being developed by Amazon and Google.

The new paper will be presented at next week’s IEEE/RSJ International Conference on Intelligent Robots and Systems in Korea. It was written by Rus alongside three postdocs: lead authors Robert MacCurdy and Jeffrey Lipton, as well as third author Shuguang Li.

Putting a damper on things

There are many reasons for dampers, from controlling the notes of a piano, to keeping car tires on the ground, to protecting structures like radio towers from storms.

The most common damper materials are “viscoelastics” like rubber and plastic that have both solid and liquid qualities. Viscoelastics are cheap, compact, and easy to find, but are generally only commercially available in specific sizes and at specific damping levels because of how time-consuming it is to customize them.

The solution, the team realized, was 3-D printing. By being able to deposit materials with different mechanical properties into a design, 3-D printing allows users to “program” material to their exact needs for every single part of an object.

“It’s hard to customize soft objects using existing fabrication methods, since you need to do injection moulding or some other industrial process,” says Lipton. “3-D printing opens up more possibilities and lets us ask the question, ‘can we make things we couldn’t make before?”

Using a standard 3-D printer, the team used a solid, a liquid, and a flexible rubber-like material called TangoBlack+ to print both the cube and its skins. The PVM process is related to Rus’ previous 3-D printed robotics work, with an inkjet depositing droplets of different material layer-by-layer and then using UV light to solidify the non-liquids.

“By combining multiple materials to achieve properties that are outside the range of the base material, this work pushes the envelope of what’s possible to print,” says Hod Lipson, a professor of engineering at Columbia University and co-author of “Fabricated: The New World of 3-D Printing.” “On top of that, being able to do this in a single print-job raises the bar for additive manufacturing.”

Rus says that PVMs could have many other protective uses, including shock-absorbing running shoes and headgear. By damping the motion brought about by robots’ motors, for example, PVMs are not only able to protect sensitive parts like cameras and sensors, but can also actually make the robots easier to control.

“Being able to program different regions of an object has important implications for things like helmets,” says MacCurdy. “You could have certain parts made of materials that are comfortable for your head to rest on, and other shock-absorbing materials for the sections that are most likely to be impacted in a collision.”

This work was supported by a grant from the National Science Foundation.

In this WCVB segment, CSAIL postdocs Robert MacCurdy and Jeffrey Lipton explain their work developing a shock-absorbing material that could be used to help protect robots and smartphones, or in helmets. Liquid is used in the material to “absorb the energy and keep it inside,” Lipton explains.

To develop safer, more durable robots, CSAIL researchers have developed a technique to 3-D print robots with shock-absorbing skins, reports Matt McFarland for CNN. McFarland explains that as the “‘bumpers’ aren't rigid, it's less dangerous for a robot to crash into something.”