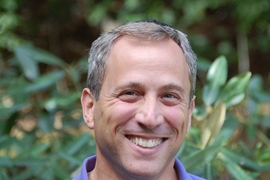 Judah Cohen, a climatologist and visiting scientist in the Department of Civil and Environmental Engineering, is focused on improving the science of seasonal weather forecasting, in particular the winter forecasts so many people anxiously (or eagerly) await. Cohen is currently investigating the impacts of snow cover and sea ice variability on the winter climate, and how warming in the Arctic is influencing winter weather around the world. He also maintains an active Twitter account and blog, where he posts real-time weather predictions and delves into the art and science of seasonal weather forecasting.

In a recent opinion article published in WIREs Climate Change, Cohen advocates for more use of machine learning in seasonal forecasting. Machine learning systems, trained on historical data, could be used to build a forecasting model that could make predictions for the coming days, weeks, and even months, if current weather conditions were provided, he explains. MIT News spoke with Cohen about how these techniques could be used to help improve long-term winter weather forecasts.

Q: Why do you think it is important to incorporate machine learning in seasonal weather forecasting?

A: We have had great, easily quantifiable advances in short-term seasonal forecasting using dynamical models. A couple of decades ago, we were confident in the one- to two-day forecast, but by the time you got to day three it was like throwing darts at the board. We have really advanced at forecasting five six, seven, even up to 10 days out, which I think is huge progress in our accuracy. But, if you look at the longer range, starting at two weeks and going up to three months, we have not had that kind of advance using these same dynamical models.

In light of the fact that there has been disappointing progress in subseasonal to seasonal forecasting, especially relative to the improvements in short-term forecasting and given new statistical techniques and increases in computing power, a quicker and cheaper way to make advances in seasonal forecasting might be to use machine learning.

I feel like meteorology is a really great field to apply machine learning to because it’s about pattern recognition. In theory, the atmosphere could break down to an infinite number of patterns, but it seems to want to repeat the same patterns over and over again.

If we can use machine learning to improve the longer-range weather forecasts, this would be helpful for those that have exposure to weather risk. For example, weather managers, utilities, and municipalities can make few preparations for impending extreme, damaging or destructive weather, but they can make more extensive preparations for a forecast of two weeks or longer. The same could be said for supply chains and merchandise. Also, farmers can use longer-range information for planting, fertilizing, and harvesting. Better long-term forecasting could also allow water managers to better manage dams and hydropower, and energy suppliers to better target areas that need excess supply.

Q: How has the field of weather forecasting changed since you started working in this area, and what factors do you use to determine your seasonal forecasts nowadays?

A: If you go back 40 years, seasonal forecasting was pretty much based on the belief that if it’s cold today it’s going to be cold tomorrow. So, if it was a cold November we would have predicted a cold winter. Even including phenomenon like the El Niño-Southern Oscillation and the Madden-Julian Oscillation, there has not been a large amount of progress being made using the dynamical models. I also think the current models are overly sensitive to tropical forcing and insensitive to Arctic forcing.

I have been trying to say that the Arctic is important, and maybe if it wasn’t so important before, it certainly has gotten much more important, because the Arctic has been seen the greatest changes caused by climate change, compared to any other region in the world. For example, if you used Arctic predictors for last winter, you did a much better job predicting the temperature pattern across the Northern Hemisphere than if you used tropical predictors.

Another reason that the models are not carrying that progress over from the short-term forecast to more long-term forecasts is because a lot of the climate fluctuations or anomalies are related to the polar vortex. The polar vortex is located 20 to 30 kilometers above the surface, and it takes about two weeks for the effects to propagate down. If you can capitalize on that information, you can reach out into the subseasonal timescale.

Last winter was a really great example of that, as when the polar vortex is weak you tend to get more severe winter weather across the whole Northern Hemisphere. Last winter we had a big breakdown of the polar vortex in mid-February, but the dynamical models were initialized on Feb. 1, so they showed a very warm forecast across the Northern Hemisphere. As you may remember, it ended up being much colder in February and in March. The statistical models did a better job capturing the pattern of temperature variability. This highlights one of the shortcomings of the current models that are used, that they aren’t incorporating the signal from the polar vortex.

The current situation with the polar vortex is nearly identical to last winter. The models have really struggled with predicting the disruption of the polar vortex and its impacts on our weather. They have predicted a mild winter from start to finish. The mild start was correct, but they have not predicted a transition to much colder weather until very recently. Also the tropical predictors are all of opposite or different phase as last winter, but the Arctic predictors are all the same, and it is now two winters in a row that we have experienced a polar vortex split.

Q: You have a popular Twitter account where you provide your own forecasts and talk about the science behind your predictions. Do you find social media to be a useful platform for interacting with people about the science of weather forecasting?

A: I first started using social media because my attitude was that the best way to get your message out there in real-time was with social media, whether it be Twitter or my blog. I thought the community was neglecting a source of predictability, the influence of Arctic forcing, so my goal was to use social media to try to demonstrate the need to incorporate the Arctic in seasonal forecasting models.

When I started on Twitter, I figured I would have this targeted audience and narrow focus. Then, all of a sudden, all these people that I never envisioned were following me, like plow driver operators, people that do grounds maintenance and emergency management. A farmer in Pakistan wrote to me and explained that he depends on the weather, and that he follows me on Twitter and uses the information I share to time the planting and harvesting of his crops. He explained that he has internet access, but he shares my tweets and blog with all of his neighbors who don’t have internet access, and said it’s been very, very helpful. That was really mind-blowing to me.

I thought I would be focused on reaching people in the northeastern U.S. and maybe the U.K. But now I am getting messages from meteorologists and people in Jordan, the United Arab Emirates, and Turkey. It’s a much bigger spectrum than I ever envisioned. To me, that is really kind of amazing, to have that kind of reach.

New climate model to be built from the ground up

Study: Hole in ionosphere is caused by sudden stratospheric warming

Weather monitoring from the ground up