Caption:
Introducing acclaimed sociologist Arlie Hochschild to MIT, Catherine Gamon, director of the Sloan Student Life Office said, "Hochschild tries to scale an 'empathy wall' to understand her interviewees’ perspectives on the interplay of politics, business, and culture. To me this fits beautifully with MIT's desire to have an impact, and to bring heart into the equation — mind, hand, and heart."

"Strangers in Their Own Land: A Conversation with Arlie Russell Hochschild" drew nearly 200 people to Bartos Theater at MIT on March 23. Structured as a conversation between Hochschild and Ezra Zuckerman Sivan, deputy dean of the MIT Sloan School of Management and one of the initiative's organizers, the event centered on Hochschild's most recent book, "Strangers in Their Own Land: Anger and Mourning on the American Right" (The New Press, September 2016).

A finalist for the 2016 National Book Award, "Strangers in Their Own Land" is the story of Hochschild's journey to understand the views and emotions of grassroots voters on the American political right — a project she undertook by spending five years off and on living among and interviewing conservative residents in southwest Louisiana. 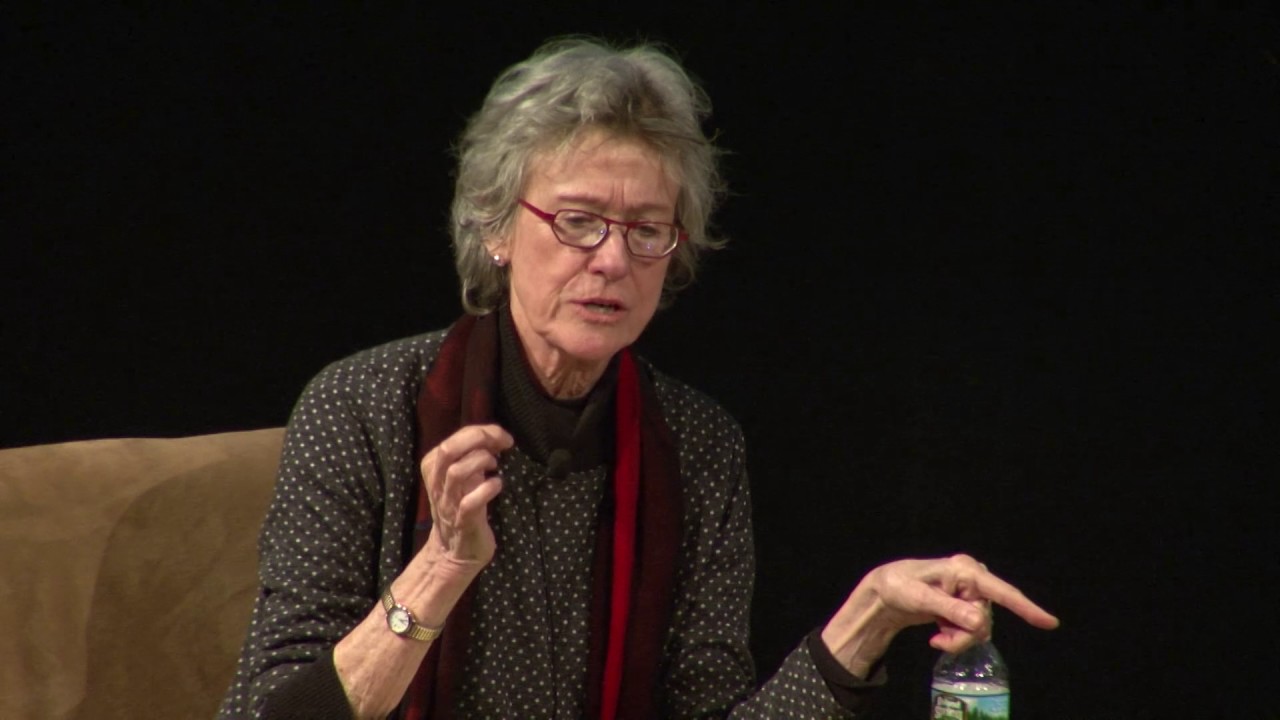 Play video
Arlie Hochschild, noted sociologist and professor emerita at the University of California at Berkeley, speaks to nearly 200 MIT community members about her research on U.S. political divisions at the second Mens et Manus America event on March 23.

"Hochschild tries to scale an 'empathy wall' to understand her interviewees’ perspectives on the interplay of politics, business, and culture," said Catherine Gamon, director of the Student Life Office, who introduced the event co-sponsored by MIT Sloan and the MIT School of Humanities, Arts, and Social Sciences. "To me this fits beautifully with MIT's desire to have an impact and to bring heart into the equation — mind, hand, and heart."

Prompted throughout the lunchtime event by questions from Zuckerman, Hochschild told the MIT audience that "Strangers in Their Own Land" was inspired by her 2006 realization that government would not be able to address major social issues without first tackling "the stone in the road" — opposition to federal action from America's political right.

A professor emerita of sociology at the University of California at Berkeley, Hochschild said she wanted to explore the "red-state paradox": the fact that disdain for the government is strongest in the very states that benefit the most from federal assistance — including Louisiana, a state with low health, education, and life-expectancy indices, and which received 44 percent of its 2012 budget from federal aid. Distrust of government runs so deep in Louisiana, however, that even federal environmental protections — regulations designed to improve the quality of air, water, and marine life — are often opposed. Why?

To answer this perplexing question, Hochschild spent time with Louisiana residents at churches and political meetings, in their homes, and even out fishing. Along the way, she got to know Tea Party supporters like Mike Schaff, an oil rig engineer and avid outdoorsman, who helped her understand what she calls the "deep story" behind red-state voting patterns that can appear paradoxical.

Hochschild found that the deep story of these voters lies beneath several layers of resistance to the government — including an aversion to being told what to do by the "finger-wagging, moralizing North," as well as an assumption that the federal government is no better than the state government, which in heavily polluted Louisiana "does the moral dirty work of the oil industry." In addition, accepting federal help, even when needed, is at odds with the region's longstanding cultural value of self-reliance and stoic endurance in the face of hardship.

But Hochshild says that even beyond these issues, the deep story of the people she interviewed is of a people who feel alienated and fearful of losing their sources of honor. This is the story that they say "feels true": They have played by the rules, worked hard, and spent their lives waiting in line patiently for the American dream only to find that it remains elusive, with blue collar wages stagnant and jobs increasingly insecure. Moreoever — in their view — other people are now "cutting in line" ahead of them, in particular women, African-Americans, and immigrants who, through federal action, now have access to jobs and opportunities that once belonged almost exclusively to men or to whites.

Hochshild noted that while this group feels genuinely aggrieved, there is also a complex racial dimension of the picture they do not perceive. "Race is built into their deep story," Hochschild said, "but this group of citizens is not looking at all the blacks behind them in line, and they don't see whites as line-cutters." She also notes that while wage stagnation and job losses due to automation and imported contract workers are "the new face of capitalism and globalization, the Tea Party people are not blaming the capitalists; their fear goes toward the new workers that are brought in."

Given these layered realities, Zuckerman asked, what is the best way for people in the MIT community to reach out and have an impact? Hochschild said she sees the opportunity for "three pillars of activism."

The first action, Hochschild said, is to defend core American values such as "the very principle of checks and balances [and] the independence of the press and a powerful judiciary." A patriotic embrace of the principles of democracy "is a dead center issue," she said.

Secondly, Hochschild recommends that the Democratic Party reformulate its platform to address the legitimate grievances of American workers. "I think we've got a blue state paradox too. How come the Democratic Party, the party of the working class, is being abandoned by the white working class?" Hochschild suggested that focusing on crossover issues (including renewable energy, affordable college education, and getting money out of politics) might enable the party to reclaim the 9 percent of voters who cast ballots for Obama in 2012 but voted for Trump in 2016.

The third action Hochschild advocates is to reach out across partisan divides. "Get people on the right and left together and see if you can find common ground. That's a start," she said, noting that too often liberals assume that the nearly half of Americans who voted for Trump are simply racist. "There are hard-core racists, we know that," but [Trump voters] are not a monolithic group, she said. Hochschild proposes regional exchange programs and informal living room conversations in which people look for areas of agreement to help address the nation's "crisis of division."

Ultimately, patriotism shouldn't be partisan, Hochschild said. "I think we can love our country by looking at what de Tocqueville said. To paraphrase: 'It's not that the United States is great because it's great, it's because you're a bunch of pragmatists and you fix the problems.'"

What can we do to help?

In the wake of the 2016 presidential election, it became ever more clear that there are major long-term social, political, and economic issues in America that require close attention. In response, members of the MIT community launched Mens et Manus America, a nonpartisan initiative that is convening a series of research-informed lectures and discussions to explore these issues. The participants are asking: What can MIT do to help address current challenges in the United States, and bolster the health of our democracy? How can we use research and rigor to inform our decisions about engagement, both as citizens and as leaders of organizations?

Arlie Hochschild's visit was the second in an ongoing series of Mens et Manus America events. The initiative is sponsored by the MIT School of Humanities, Arts, and Social Sciences and the MIT Sloan School of Management.