Faculty from four MIT departments among 126 selected from across the U.S. and Canada.
MIT News Office
Publication Date:
Press Inquiries 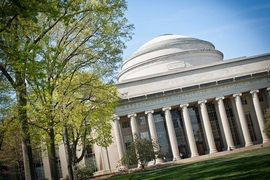 The new fellows also includes new faculty member Virginia Vassilevska Williams, the Steven and Renee Finn Career Development Associate Professor of Electrical Engineering and Computer Science and a member of CSAIL, who is being honored for work done at Stanford University, before she joined MIT in January 2017.

Awarded annually since 1955, the Sloan Research Fellowships are given to early-career scientists and scholars whose achievements and potential identify them as rising stars among the next generation of scientific leaders. This year’s recipients are drawn from 60 colleges and universities across the United States and Canada.

“The Sloan Research Fellows are the rising stars of the academic community,” said Paul L. Joskow, president of the Alfred P. Sloan Foundation, in a press release. “Through their achievements and ambition, these young scholars are transforming their fields and opening up entirely new research horizons. We are proud to support them at this crucial stage of their careers.”

Administered and funded by the foundation, the fellowships are awarded in eight scientific fields: chemistry, computer science, economics, mathematics, evolutionary and computational molecular biology, neuroscience, ocean sciences, and physics. To qualify, candidates must first be nominated by fellow scientists and subsequently selected by an independent panel of senior scholars. Fellows receive $60,000 to be used to further their research.

Since the beginning of the program, 43 Sloan Fellows have earned Nobel Prizes, 16 have won the Fields Medal in mathematics, 69 have received the National Medal of Science, and 16 have won the John Bates Clark Medal in economics.