Caption:
Agustín Rayo, professor of philosophy, is the new associate dean of the MIT School of Humanities, Arts, and Social Sciences. “Agustín is a brilliant and caring person who deeply understands the value of community," says Sally Haslanger, the Ford Professor of Philosophy at MIT. "He brings an enthusiasm and sincerity to his engagement with others that will enrich the School. His commitment to diversity is broad and deep, and I know he will make a difference.”
Credits:
Photo: Jon Sachs/MIT-SHASS Communications

Caption:
Discover why the concept of time travel is "consistent" in Rayo's Wi-Phi video below on metaphysics, "The Grandfather Paradox."
Credits:
Image: Wi-Phi

Agustín Rayo, a professor of philosophy with deep roots in the MIT community, has been named associate dean for the School of Humanities, Arts, and Social Sciences.

“I am excited to be working with Agustín, who has maintained his commitment to excellence in research and teaching while also being meaningfully engaged with Institute governance and student life,” said Melissa Nobles, the Kenan Sahin Dean of the School of Humanities, Arts, and Social Sciences. “I believe we will make a great team.”

Rayo is well known for his ideas on language and logic, captured in his book, "The Construction of Logical Space" (Oxford University Press, 2013), and in many papers, including the award-winning “Vague Representation" (Mind, 2008). He is currently a professorial fellow at the University of Oslo, and was a Burkhardt fellow at the Radcliffe Institute for Advanced Study in 2009.

“I was delighted to hear of Agustín's appointment,” said his philosophy colleague Sally Haslanger. “He is a brilliant and caring person and deeply understands the value of community. He brings an enthusiasm and sincerity to his engagement with others that will enrich the school. His commitment to diversity is broad and deep, and I know he will make a difference.”

Aside from earlier posts at the University of St. Andrews and the University of California at San Diego, Rayo has devoted his academic career to MIT, in a philosophy department where his colleagues include Vann McGee, Robert Stalnaker, and Stephen Yablo, all of whom served as mentors during his graduate years.

“It’s been very important to be in a department where people treat each other with respect, give each other the benefit of the doubt, and really work together,” Rayo says. “The word 'family' comes to mind, and it’s my aspiration to implement some version of this in my new role.”

Rayo’s familial connection to MIT began the moment he arrived on campus, after spending his undergraduate years at the National Autonomous University of Mexico. “MIT changed my life,” he says. “I felt immediately that it was where nerds like me belonged.”

Growing up in Mexico City, Rayo developed a love of math and puzzle-solving as a young child. His education was both quirky and accelerated: his mother, an astronomer, taught Rayo English instead of Spanish, and gave him a grounding in basic arithmetic and reading when he was only two years old. Rayo took some time to find his academic niche, however.

He recounts first coming to philosophy by way of an "adolescent misunderstanding." In high school, he idolized and emulated the Russian film director Andrei Tarkovsky. “I found his films to be incredibly profound — deep,"  Rayo says, "so I felt, at age 16, that I also needed to become deep. That meant I had to study philosophy in college.” His youthful misunderstanding, he says with good cheer, is that "philosophy doesn't really make one deep. But it is amazingly interesting."

Once in college, he discovered one problem with his plan to become a philosopher: “I hated all the classes except for logic,” says Rayo. Not to be deterred, however, Rayo then started a second major in math as a backup. “I was stubborn, and thought maybe I could become a philosopher who focused mostly on logic.”

From Mexico to MIT

Seeking a graduate school that might accommodate his interests, Rayo visited the American Embassy library. “I went through the names of every university in the U.S. and wrote down the six I recognized, and one of them was MIT.”

Upon arrival at the Institute, Rayo felt immediately “that being at MIT was the most wonderful thing in the universe, and that the years of my PhD would be the best years of my life.” His experience in the classroom was not, of course, one of uninterrupted euphoria. “It was rough at times," he recalls, "because I felt so behind. I was confronted by the fact that I didn’t really know much philosophy.”

Little by little, however, he says, he “achieved self-respect,” anchoring himself in logic classes. Rayo carefully chose additional topics, and then “worked and worked, so that at some point I could say, ‘Oh God, I’m actually starting to get what’s going on.’” 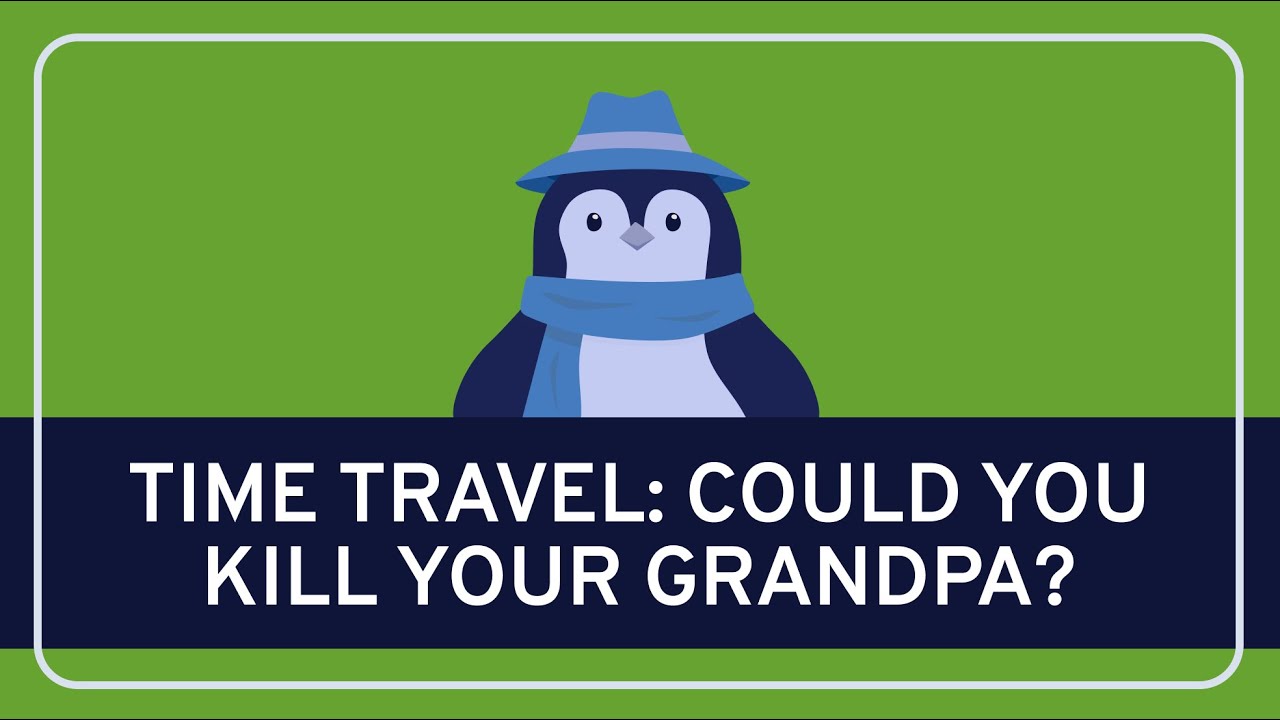 Today, Rayo readily admits that the “mathy philosophy” in which he came to specialize does not appeal to a general audience. “Only someone with a philosophy PhD could read one of my papers and find it interesting,” he says. Yet in his chosen domain, a place where logic and language intersect, Rayo makes some plainspoken and direct arguments about how we communicate.

Rayo believes there are many occasions when people don’t so much rely on semantically encoded rules as make “educated guesses about what the other person is trying to say.” Imagine an invitation to a party that directs a visitor to a blue house in the middle of a street. If she finds two houses, one gray and one blueish gray, she can be expected to choose the bluish gray house. But if she instead finds a blueish gray house and a bright blue house, she can be expected to choose the bright blue house.

“You recognize the intention, and choose the right one,” Rayo says.

One paper in which Rayo models this type of communication, “A Plea for Semantic Localism,” has proven useful to MIT Media Lab PhD students seeking ways to “get computers to better understand context,” Rayo says. “I am optimistic that this could be used for machine learning.”

Much of Rayo’s work involves digging deeply into communication and thinking about how we succeed in transmitting information to one another. From his perspective, the work is often done by relying on the “background assumptions” of what people actually say, rather than in “semantics, which concerns the rules that are encoded in our words.” In the “contentious current fight” among language theorists, Rayo falls solidly in the pragmatist camp: “There is much more to our language mastery than rule following,” he states.

Perhaps because he deals so routinely with abstract, mathematically expressed arguments, Rayo makes extraordinary efforts to be accessible. His flagship course, 24.118 (Paradox and Infinity) — available both on edX and on MIT OpenCourseWare — was designed to “convince mathy MIT undergrads to see the wonderfulness of philosophy,” he says.

“I’ve chosen the juiciest, most fun morsels of knowledge from a huge field, and try to amaze students week after week with some new mind-blowing idea, from time travel and free will, to infinity and its many sizes.”

Rayo’s website features a handy outreach page, including an explanation of his work for non-philosophers; animated cartoons illustrating philosophical puzzles that Rayo helped craft for the “Wi-Phi” project, which is aimed at making philosophy comprehensible to general audiences; and a link to the “Big Number Duel,” a battle waged against a Princeton University professor during Independent Activities Period in 2007 to see who could generate the bigger finite number.

Although he makes his field appealing to a students at MIT and to a wide, international audience, Rayo sometimes still encounters skepticism from students who don’t "see the point" of philosophy.

So, in both the classroom and conversations Rayo is prepared to help students come to value the powerful tools philosophy offers. He helps them discover that “There are sometimes phenomena where everything is so unclear and undisciplined you don’t know where to start. I want students to peer into this abyss and see that there are cases where the science and engineering tools they are comfortable with are not enough. That's when you need philosophy."

In addition to his research and teaching, Rayo is a natural ambassador connecting with the MIT community outside of academics. With his wife, Carmen Saracho Chavez, he served as housemaster of Senior House for nearly five years. When he wasn’t working as den father to 146 undergraduates, Rayo was engaged in the philosophy section as placement officer, helping find jobs for graduate students.

About the opportunity to expand his MIT service to the dean’s office, Rayo says, “I love MIT. I want to see what is needed and wanted, and little by little, I’ll grow into this new position, and start learning how I can be helpful.”

Philosophy in an inclusive key