Study reveals how woes in one industry can harm others, too.
Peter Dizikes | MIT News Office
Publication Date:
Press Inquiries 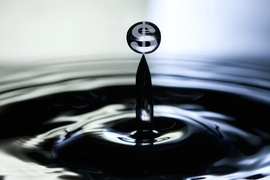 ↓ Download Image
Caption: “Relatively small shocks can become magnified and then become shocks you have to contend with [on a large scale],” says MIT economist Daron Acemoglu.

Caption:
“Relatively small shocks can become magnified and then become shocks you have to contend with [on a large scale],” says MIT economist Daron Acemoglu.
Credits:
Image: Christine Daniloff/MIT

When large-scale economic struggles hit a region, a country, or even a continent, the explanations tend to be big in nature as well.

Macroeconomists — who study large economic phenomena — often look for sweeping explanations of what has gone wrong, such as declines in productivity, consumer demand, or investor confidence, or significant changes in monetary policy.

But what if large-scale economic slumps can be traced to declines in relatively narrow industrial sectors? A newly published study co-authored by an MIT economist provides evidence that economic problems may often have smaller points of origin and then spread as part of a network effect.

“Relatively small shocks can become magnified and then become shocks you have to contend with [on a large scale],” says MIT economist Daron Acemoglu, one of the authors of a paper detailing the research.

The findings run counter to “real business cycle theory,” which became popular in the 1970s and holds that smaller, industry-specific effects tend to get swamped by larger, economy-wide trends.

More precisely, Acemoglu and his colleagues have found cases where industry-specific problems lead to six-fold declines in production across the U.S. economy as a whole. For example, for every dollar of value-added growth lost in the manufacturing industries because of competition from China, six dollars of value-added growth were lost in the U.S. economy as a whole.

The researchers also examined four different types of economic shocks to the U.S. economy that occurred over the years 1991-2009, and quantified the extent to which those problems spread “upstream” or “downstream” of the central industry in question — that is, whether the network effects more strongly hurt industrial suppliers or businesses that sell products and provide services to consumers.

All told, the researchers state in the paper, “Our results suggest that the transmission of various different types of shocks through economic networks and industry interlinkages could have first-order implications for the macroeconomy.”

The paper, “Networks and the Macroeconomy: An Empirical Exploration,” is being published in the NBER Macroeconomics Annual, by the National Bureau of Economic Research. The co-authors are Acemoglu, the Elizabeth and James Killian Professor of Economics and member of the Institute for Data, Systems, and Society at MIT; Ufuk Akcigit, an economist at the University of Chicago; and William Kerr, a professor at Harvard Business School.

Acemoglu, Afcigit, and Kerr used manufacturing data from the National Bureau of Economic Analysis, and industry-specific data from the Bureau of Economic Analysis, to examine four economic shocks hitting the U.S. economy during that 1991-2009 period. Those were: the impact of export competition on U.S. manufacturing; changes in federal government spending, which affect areas such as defense manufacturing; changes in Total Factor Productivity; and variation in levels of patents coming from foreign industry.

As noted, the network effect of manufacturing competition with China made the overall economic shock about six times as great as it was to manufacturing alone. (This research built on previously published work by economists David Autor of MIT, David Dorn of the University of Zurich, and Gordon Hanson of the University of California at San Diego, sometimes in collaboration with Acemoglu and MIT graduate student Brendan Price.)

In studying changes in the levels of federal spending after 1992, the researchers found a network effect about three to five times as large as that on directly-affected firms alone.

One of the key findings of the study, which confirms and builds on existing theory, is that demand-side shocks spread almost exclusively “upstream” in economic networks, and supply-side shocks spread almost exclusively “downstream.” To see why, Acemoglu suggests, consider an auto manufacturer, which has parts suppliers upstream and is linked with auto dealers, repair shops, and other businesses downstream.

When auto demand drops, “It’s the suppliers [upstream] that get affected,” Acemoglu explains. “You’re going to cut the production of autos, and you buy less of each of the inputs,” or supplies.

Now suppose the supply changes, perhaps due to an increase in manufacturing efficiency, which makes cars cheaper. In that case, Acemoglu adds, “People who use auto as inputs will buy more of them” — picture a delivery company — “so that shock will get transmitted to the downstream industries.”

To be sure, it is widely understood that the auto industry, like almost every other industry, is situated within a larger economic network. Yet estimating the spillover effects of struggles within any given industry, in the quantitative form of the current study, is rarely done.

“Given the importance of this, it’s surprising how scant the evidence is,” Acemoglu says.

Other scholars are impressed with the work, which the researchers presented at an NBER conference on macroeconomic matters in 2015 and is being published along with others’ responses. One of those published responses is by Xavier Gabaix, a professor of finance at New York University’s Stern School of Business, who calls the current work “a very exciting line of research” and adds that the paper “is a very useful step forward.”

Tracing the propagation of shocks is something Acemoglu, Akcigit, and Kerr do “particularly well,” Gabaix adds. And he believes the “method and findings might be [best] extended empirically and conceptually” when it comes to understanding “multipliers,” that is, the way investment in one industrial area creates larger amounts of growth in general.

This could have policy implications: Proponents of government investment, such as the so-called stimulus bill of 2009, the American Recovery and Reinvestment Act, have contended that government spending creates a “multiplier effect” in terms of growth. Opponents of such legislation sometimes assert that government spending crowds out private investment and thus does not generate more growth than would otherwise occur. In theory, a more granular understanding of these network effects could help describe and define what a multiplier effect is, and in which industrial areas it may be the most pronounced.

To be clear, Acemoglu adds, it is always hard to define precisely what the origins of a negative economic shock may be. Is it overseas competition, a lack of innovation, or other factors — some of which may indeed be economy-wide in nature? The more economists can identify such shocks, the better they can use the current paper’s framework to trace their effects.

“There are many things going on, and there is the possibility that a whole [economic] area has been hit by a negative shock,” Acemoglu says. “It’s hard to distinguish all of these channels. That’s why you need systematic work.”